In a big win for Delhi Police, bookie Sanjeev Chawla was extradited from the United Kingdom to India on Thursday. After a long-drawn legal battle, Chawla was brought to India by a team of Delhi Police Crime branch headed by DCP Dr. Ram Gopal Naik.

Sanjeev Chawla is a key accused in the 2000 match-fixing and betting case involving late South African captain Hansie Cronje. After landing in Delhi, Chawla was taken to the crime branch office at RK Puram where he was questioned for several hours and then taken to Safdarjung Hospital for a medical check-up before finally being produced before the Patiala House Court. He was remanded to 12-days police custody.

According to the remand papers accessed by Republic TV, Hansie Cronje was paid money by Sanjeev Chawla. By the time the FIR was filed, Hansie Cronje and Manmohan Khattar left India. Khattar fled to the USA and is still absconding. According to the Crime Branch, the match-fixing took place during the India South Africa series, where 5 one day matches and three test matches were played. While the ODI matches were played at Cochin, Jamshedpur, Faridabad, Vadodra, and Nagpur, three test matches were played at Mumbai and Bengaluru. “The accused Sanjeev Chawla played the main conduit in the above match-fixing and while committing the above-said crime he stayed in the same hotels where the teams were staying. He had given money, mobile phone and also transferred money in accounts of accused Hansie Cronje,” read the remand paper prepared by Delhi Police crime branch. 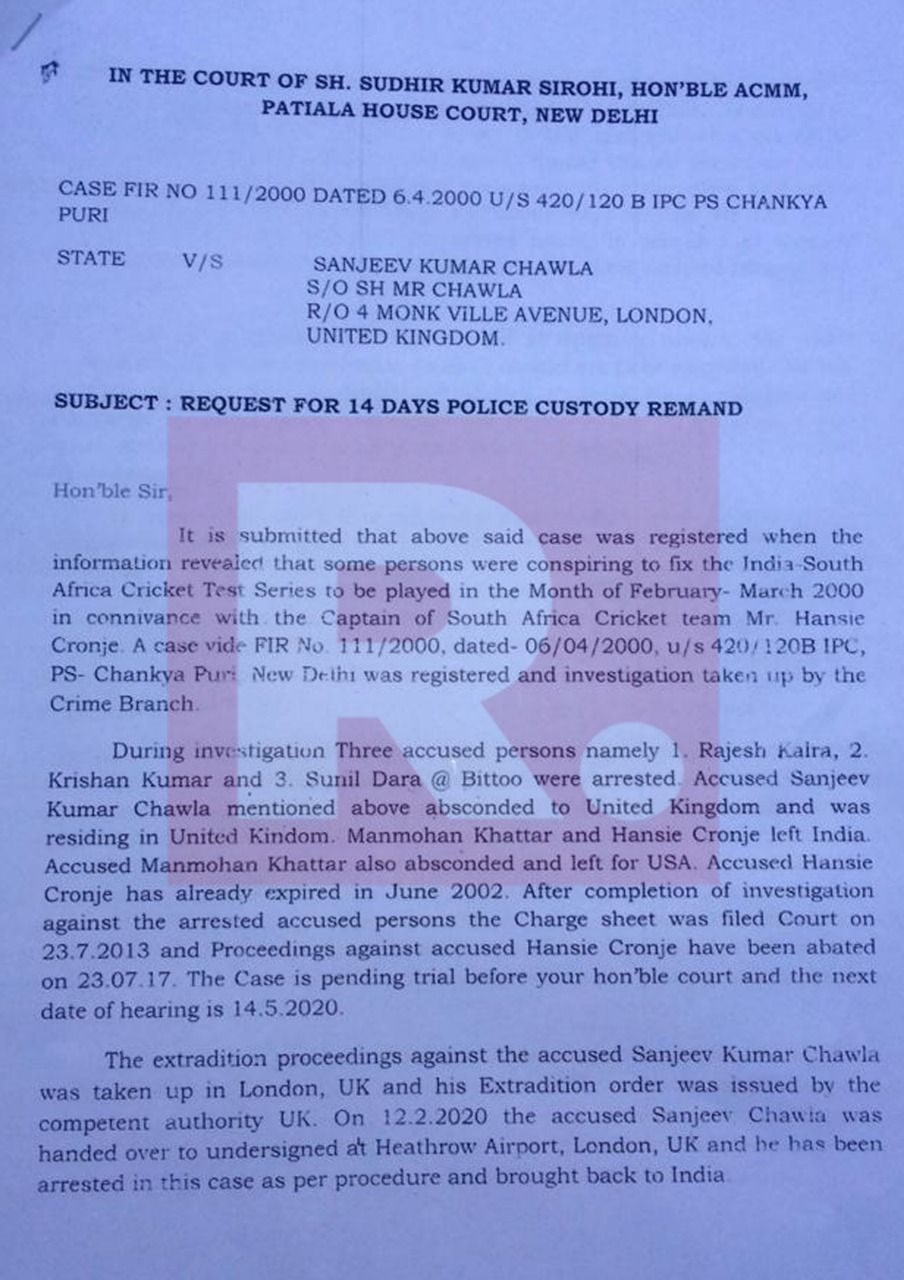 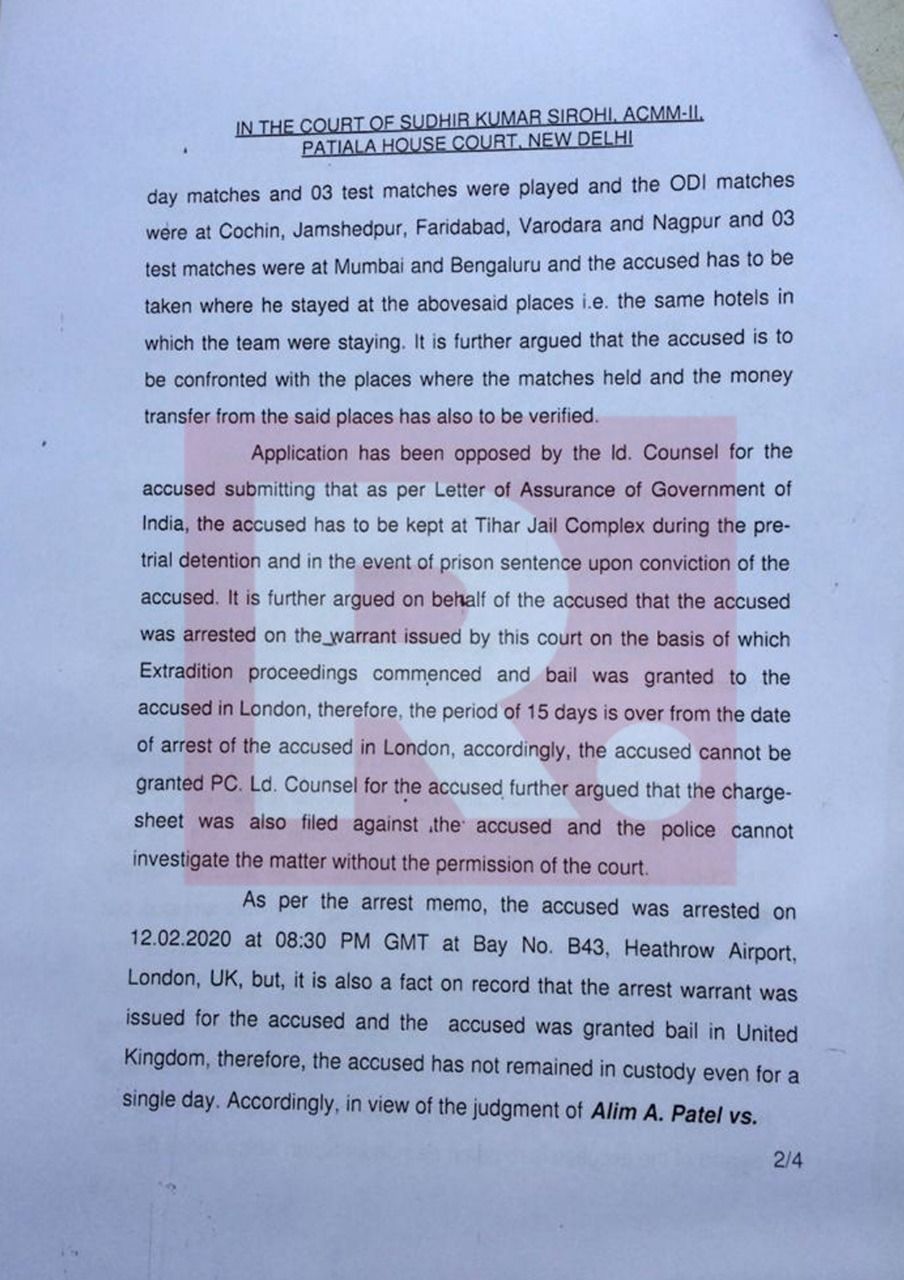 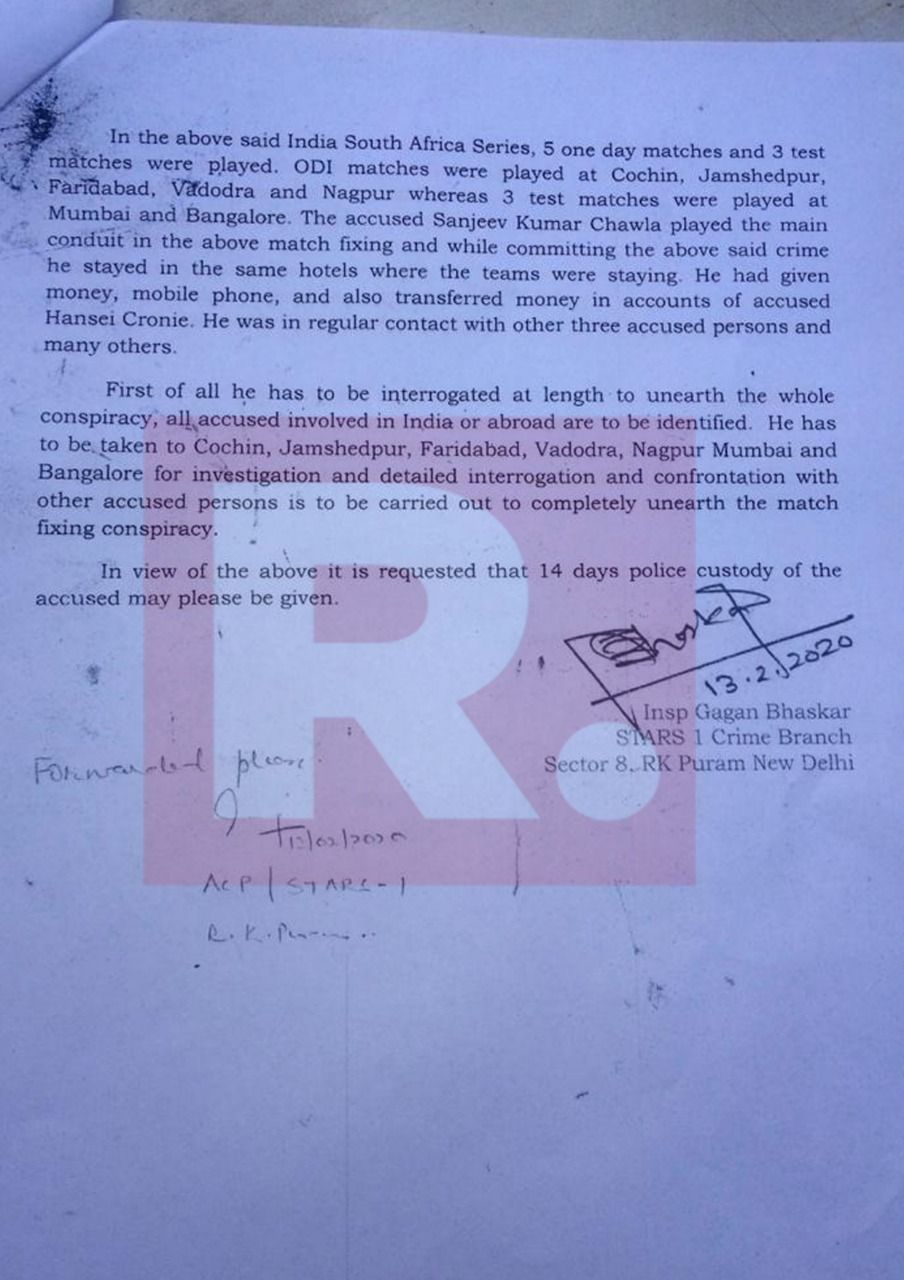 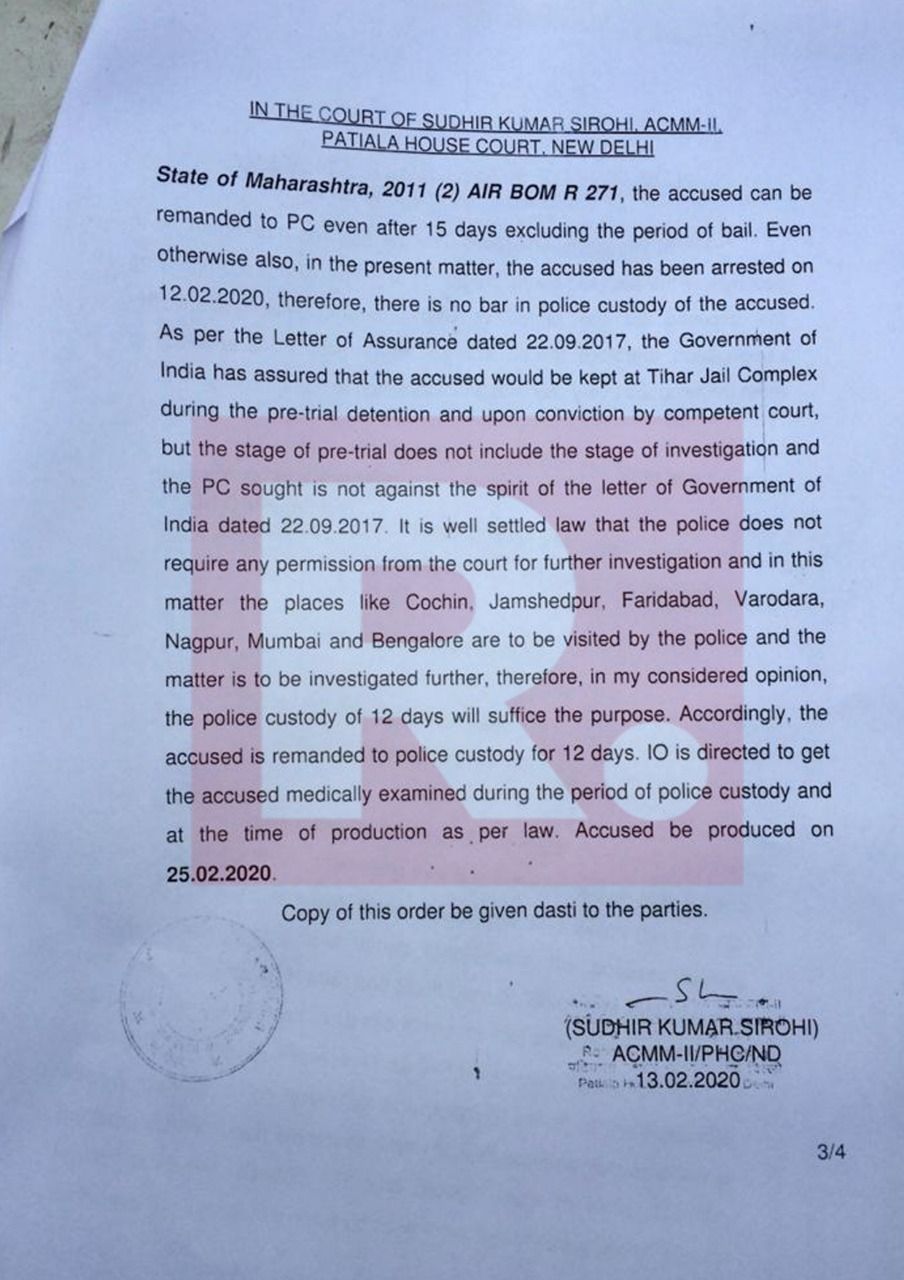 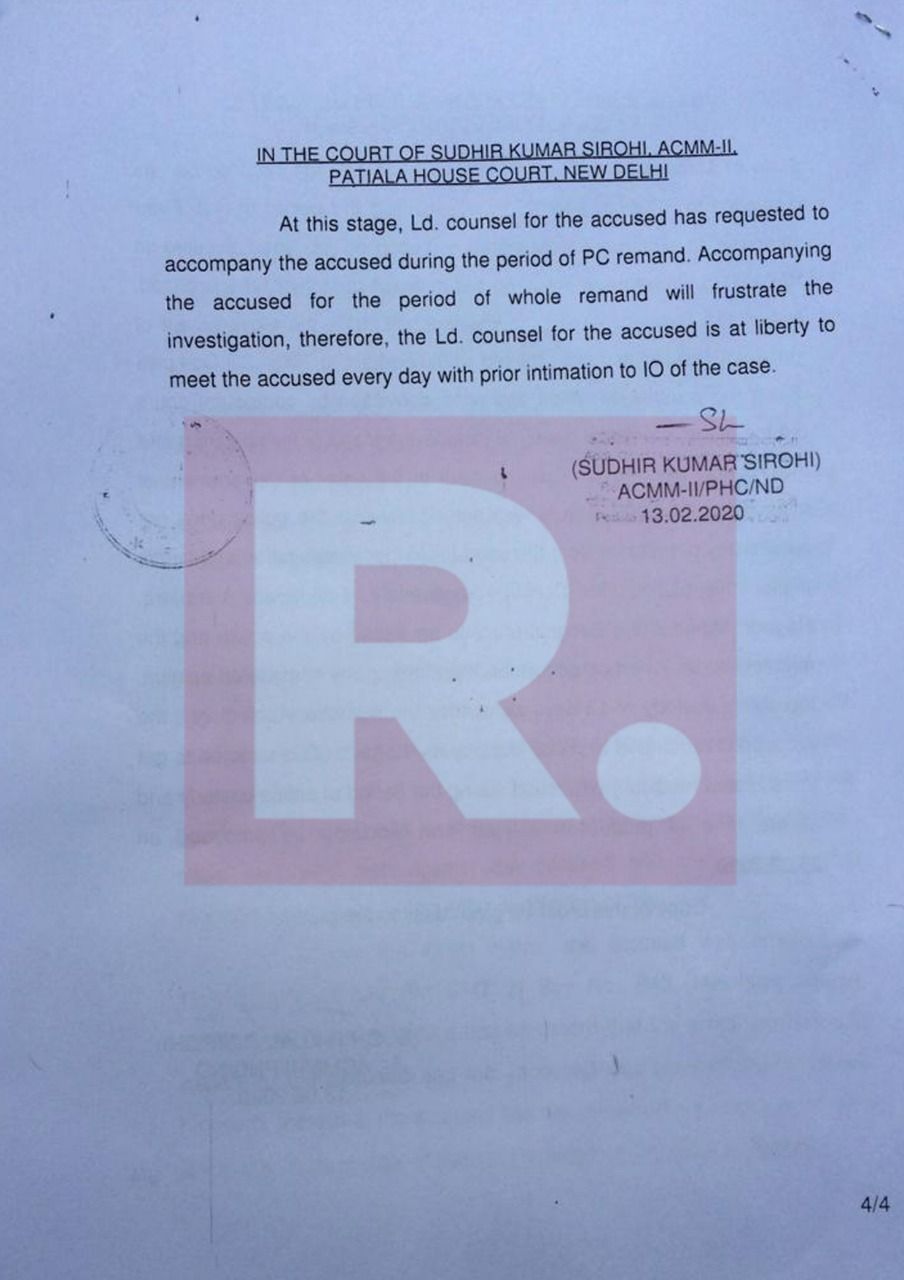 Delhi Police crime branch has informed the court that during the custody, Sanjeev Chawla will be taken to all the cities where the matches were played for further investigation. “We need to unearth the whole conspiracy, all accused involved in India or abroad are to be identified,” stated the Delhi Police in the remand copy.

Chawla had filed an application in the UK High Court seeking leave to appeal against the extradition order by the Westminster Magistrates’ Court. UK home secretary Sajid Javid had also signed off on the District Judge’s order in favour of the extradition. In the last two months, a Delhi Police Crime Branch team attended several court hearings in the extradition case. Chawla moved to the UK as soon as the FIR was registered in the first week of March 2000. He had gone there for the first time on a business visa in 1996, but his Indian passport was revoked in 2000, and he obtained a British passport in 2005.

Extradition proceedings against Sanjeev Chawla as stated by the Delhi police

1. On 17.12.2013, extradition proceedings against Sanjeev Kumar Chawla were initiated and a request was filed in the Westminster Magistrate Court, UK.

4. On 4.5.2018, High Court of Justice, Queen’s Bench Division, London UK stayed the order and directed to give the Govt. of India an opportunity to provide further assurances.

6. On 12.3.2019 Sanjeev Kumar Chawla has filed a Leave for Appeal Annexure ‘G’ against the order of District Judge, Westminster Magistrate Court, London, UK.

8. On 23.1.2020, after hearing the Queen’s Bench Division High Court of Justice, London refused Permission to Appeal of the Extradition Act, 2003 of Sanjeev Kumar Chawla.

9. The accused Sanjeev Kumar Chawla filed an appeal to stay his extradition before European Court on Human Rights, France.