In a major development in the JNU violence incident, the Delhi police on Saturday identified 50 students who were seen at the site of violence on January 5.

In a major development in the JNU violence incident, the Delhi police on Saturday identified 50 students who were seen at the site of violence on January 5 on the university campus. Apart from these 50 students, the police have also identified 12 outsiders who were present on-site when a mob of masked men had thrashed students and professors of the university. However, the Delhi Police so far has only identified students affiliated to the Left front and has failed to establish any connection of ABVP with the incident who were allegedly the prime suspects in the January 5 violence.

Earlier on Friday, Delhi Police Crime Branch SIT head DCP Joy Thirke revealed that that the JNUSU comprising of SFI, AISA, AISF, and DSF was responsible for the attacks on January 3, 4 and 5. DCP Thirke had ruled out the role of outsiders as "highly unlikely" and said that the masked mob mainly comprised of Left-wing students.

Naming all the identified students, Thirke said, "A Whatsapp group was created at around 5:30 PM. They then assembled at Sabarmati hostel and the incident occurred at 7 PM. All CCTV recordings had been non-functional as they were Wi-Fi based. Based on all the evidence of viral videos and photos and local inquiry, we have identified students mainly from these four organisations. Notices will be served to these people and will be asked to explain their involvement." 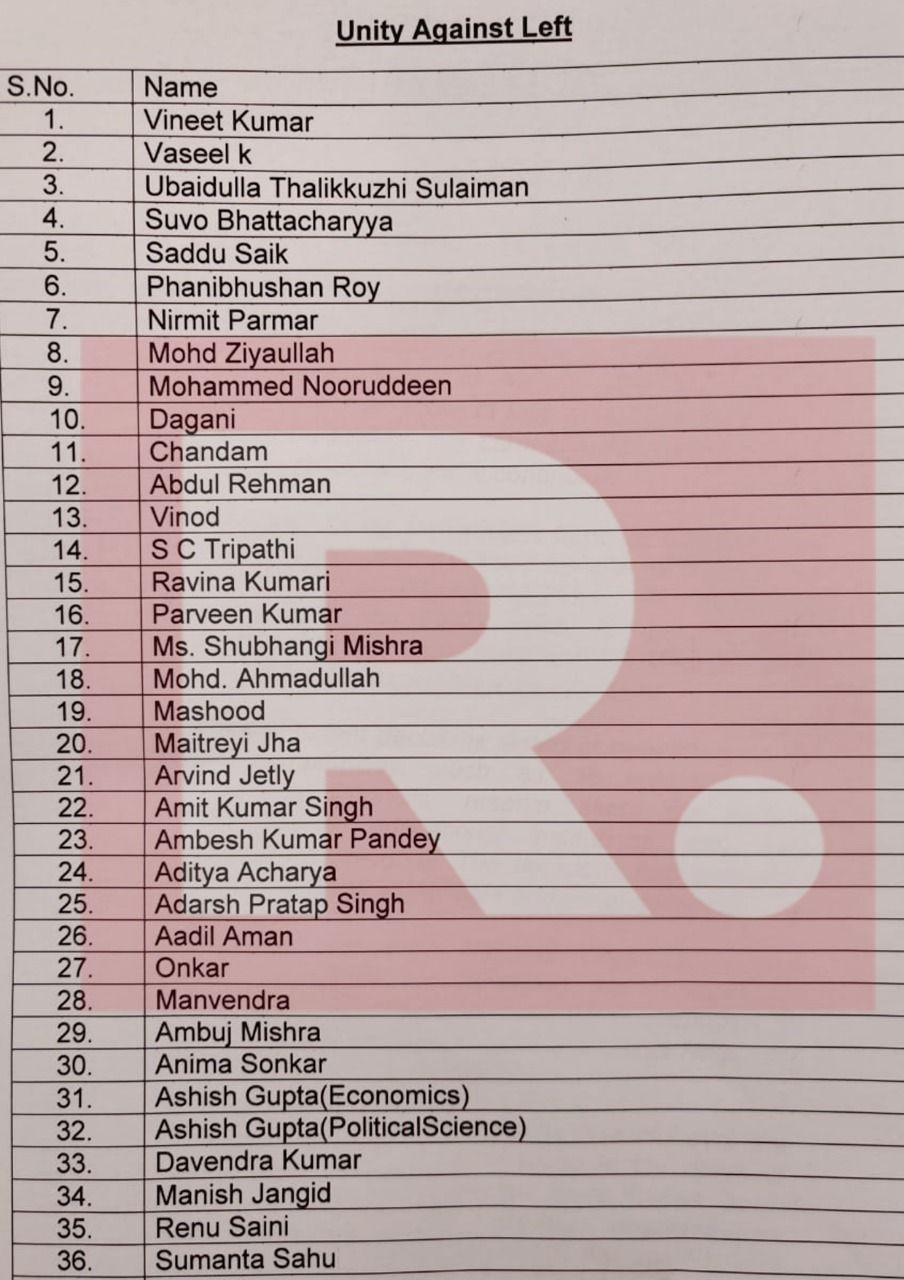 Apart from this, nine other students have been identified in the mob violence which includes current JNUSU President, Aishe Ghosh. Here are the names of other nine students identified by the police:

ABVP and JNUSU blame each other

Both student bodies have claimed that the other student wing had attacked the students using iron rods, by entering hostels with the aide of 'masked mob'. Thirty-four students and faculty members were admitted to AIIMS hospital - including JNUSU president Aishe Ghosh who was discharged from hospital on Monday. The tussle between the students was due to disagreement over student registration for the Winter course, as stated by JNU administration.

READ | She Knew She Was Standing With 'Tukde Gang': Smriti Irani On Deepika Padukone's JNU Visit