Investigative teams have stepped up their probe against the loans granted by Yes Bank to several companies. Republic TV has accessed the forensic audit report.

The investigative teams have stepped up their probe against the loans granted by Yes Bank to several companies. Republic TV has accessed the forensic audit report which indicates that bad loans of Rs 42,561 crore were granted by Yes Bank. Topping the chart of the loans is Anil Ambani-led ADAG group with Rs 12,808 crore followed by Essel group which received around Rs 8,415 crore (refer to the box for the entire list of bad loans).

ED wants to confront Rana Kapoor with his erstwhile board members

The Enforcement Directorate’s investigation reveals Rs 30,000 crore was given as loan by Yes Bank to several companies during the tenure of Rana Kapoor in Yes Bank which converted into bad debt. Around Rs 20,000 crore sanctioned have turned into NPA. The sanctioning of these loan from point of view of irregularity, quid pro quo or diversion is being investigated. ED wants to confront Rana Kapoor with his erstwhile board members.

The agency wants to confront him on loans given when he was at the helm and also wants to find out if the loans were in violations of the RBI guidelines. ED probe so far reveals that loans were extended to entities with negative credit worth and without adequate collaterals. Former CEO Ravneet Gill has told the agency that Kapoor used to influence the board even after his exit from the company in 2018

A top Central Bureau of Investigation (CBI) source revealed that the board members are also under the scanner. One of the erstwhile board members was trying very hard to bring back Rana Kapoor into the bank fold even after his exit. The board member, an accused in the Aircel Maxis case, himself had to step down after he was named as an accused by CBI. He along with other board members will be called in for questioning. 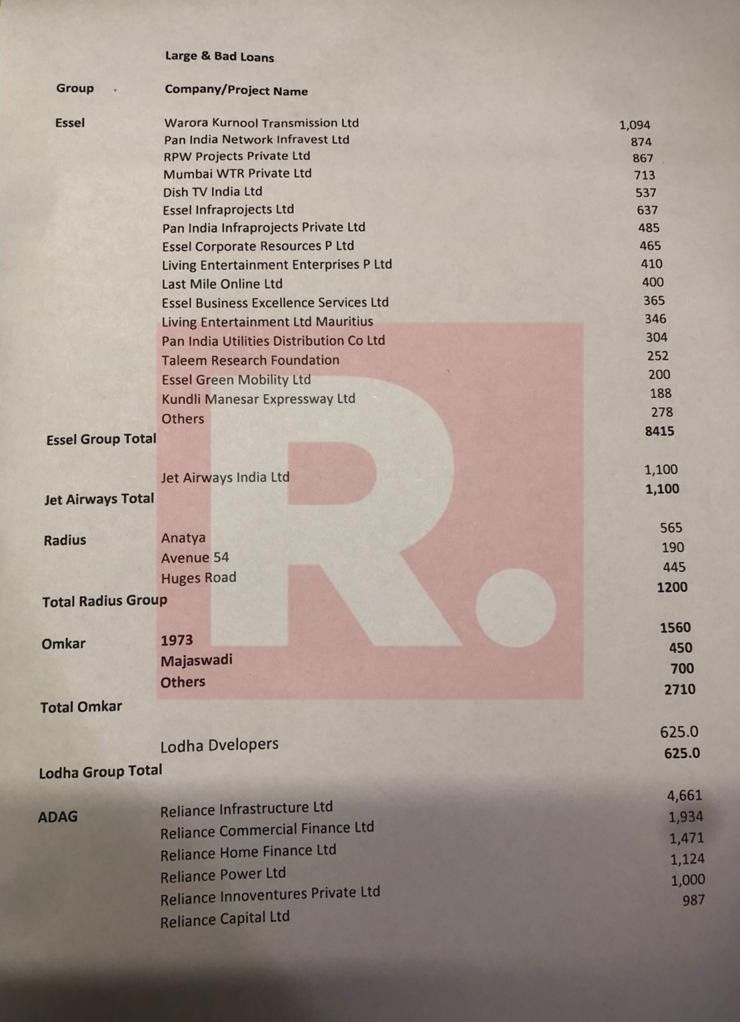 READ | J&K Apni Party: A political force that can make a difference in the Valley?