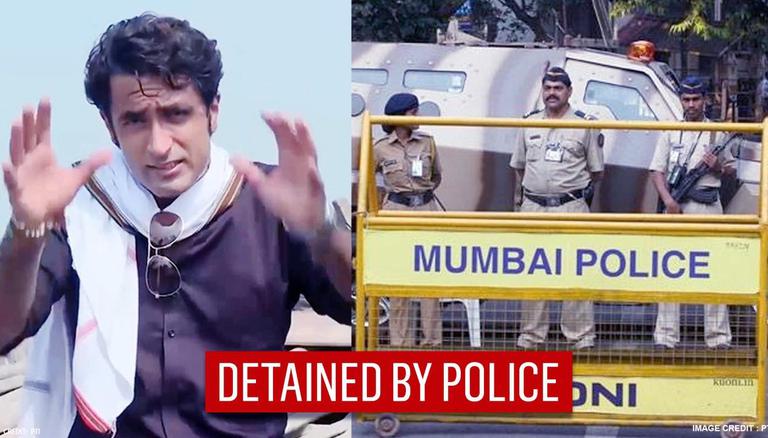 In a shocking move, Mumbai Police on Saturday, has detained Republic Consulting editor Pradeep Bhandari when he presented himself at the Khar police station. This move comes inspite of Bhandari being granted anticipatory bail by a Mumbai court.  A complaint was filed against Bhandari  -  under Articles 188 - (Disobedience to order duly promulgated by public servant), 353 (Assault or criminal force to deter public servant from discharge of his duty) of IPC and 37(1), 135 of the Bombay Police Act, while he was reporting on BMC's demolition of actress Kangana Ranaut's office.

Bhandari - who is founder of poll-survey company- Jan Ki Baat was summoned by the Mumbai police on Saturday for a second round of questioning. After eight hours of questioning, sources report that Bhandari has been denied access to his lawyers and illegally detained by the Mumbai police. Bhandari has tweeted that his phone was being confiscated as police officials surround him. Sources state that police have warned of him arrest if he steps out of the police station.

The Mumbai Police is attempt to arrrest me, confiscate my phones illegally despite the anticipatory bail order. This is happening at Khar Police Station. Disregard to court. This is emergency happening !

On October 9, Bhandari who has been reporting on the Sushant Singh Rajput case - was summoned by the Mumbai police at the Khar Police station.  Pradeep Bhandari took to Twitter, prior to appearing before the Mumbai police, seeking support from his followers and asserted that Republic TV will continue the fight even stronger. The journalist had earlier stated that he had been asked to appear at the Khar police station and that he was waiting for official summons.

This development comes a day after Maharashtra Assembly issued the fourth notice to Arnab regarding the breach of privilege motion passed by it and the legislative council. Shockingly, the notice was issued at 2:50 PM ordering him to appear before the Assembly within 10 minutes, in spite of the matter being sub judicial in the Supreme Court. Republic will approach the courts in this matter.

Republic has already moved the Supreme Court in this matter challenging the breach of privilege motion against Arnab, by the Maharashtra Legislative assembly and council, arguing that the privileges of an Assembly could not be used against someone outside of the House. Maintaining that Arnab has not 'hindered the working of the house', Republic has pointed out that the Assembly never had the authority to exceed its privilege. The SC-bench headed by CJI S A Bobade has issued a notice in the matter. The matter is still underway in the Supreme Court.

Pradeep Bhandari unrelenting as Mumbai Police summons him; 'Will continue fight for truth'