Former student leader Umar Khalid and two Jamia students have been booked under UAPA in connection with the riots in Delhi that took place in February 2020. 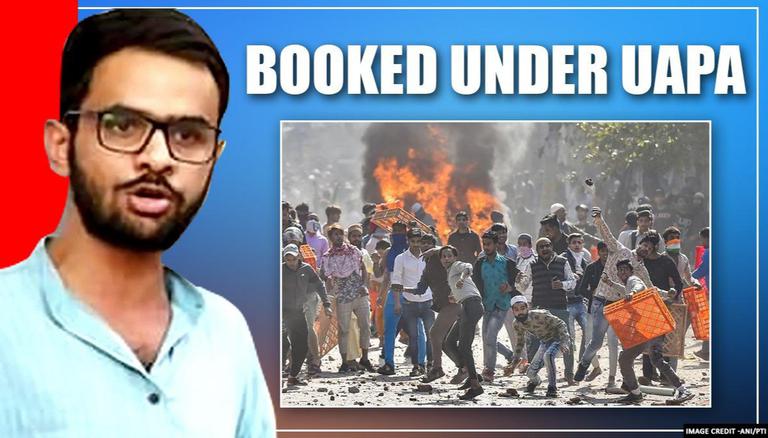 In a significant development on Tuesday, former JNU student leader Umar Khalid has been booked under the provisions of the stringent Unlawful Activities (Prevention) Act in connection with the riots in Northeast Delhi which claimed more than 50 lives including an IB official and a head constable. As per sources, Section 302 has also been added to the FIR and he is likely to be arrested soon. Along with him, two Jamia Millia Islamia students-Meeran Haider and Safoora Zargar have also been named in the FIR.

While Haider is a PhD student and the president of RJD youth wing's Delhi unit, Zargar is the media coordinator of the Jamia Coordination Committee. They were arrested for hatching a conspiracy to incite the communal riots in Delhi. Presently, they are in judicial custody.

The charges in the FIR

According to the FIR, the riot was a "premeditated conspiracy" allegedly hatched by Umar Khalid, Meeran Haider and Safoora Zargar. All of them have booked for crimes such as sedition, murder, attempt to murder, promoting enmity between different groups on the grounds of religion and rioting. The FIR added that Khalid had reportedly delivered provocative speeches at two different places and appealed to the citizens to block the roads during the visit of the US President. It also claimed that firearms, petrol bombs, acid bottles and stones were collected at many homes as a part of the conspiracy.

Khalid had attracted criticism after a video of his February 17 speech in Amravati, Maharashtra went viral. In his address, he purportedly stated that Prime Minister Narendra Modi was trying to "divide the country". Moreover, he allegedly promised that crowds would come on the streets during US President Donald Trump's visit.

"I promise that when Donald Trump will visit India on February 24, we will show how Prime Minister Narendra Modi and his government is trying to divide the country and tarnish the principles of Mahatama Gandhi... We will come out on streets in huge numbers to tell (the US President) that people of India are fighting to bring everyone together," Khalid allegedly remarked in Amaravati on February 17.

Read: JNU Sedition Case: Umar Khalid Says 'have Faith In Judiciary' After Trial Gets A Date