Amid the controversy over claims by Sena that Indira Gandhi met underworld don Karim Lala, now, picture of Balasaheb Thackeray with the don has surfaced

Amid the controversy over claims made by Shiv Sena that Congress leader and former Prime Minister Indira Gandhi met underworld don Karim Lala, now, picture of Sena founder Balasaheb Thackeray with the don has surfaced. The picture dates back to 1980 and shows Karim Lala seated beside Balasaheb Thackeray. Balasaheb was the chief guest at an event at Patkar Hall, in which underworld don Lala and music composer Shyamji-Ghanshyamji was also present.

Here is the picture: 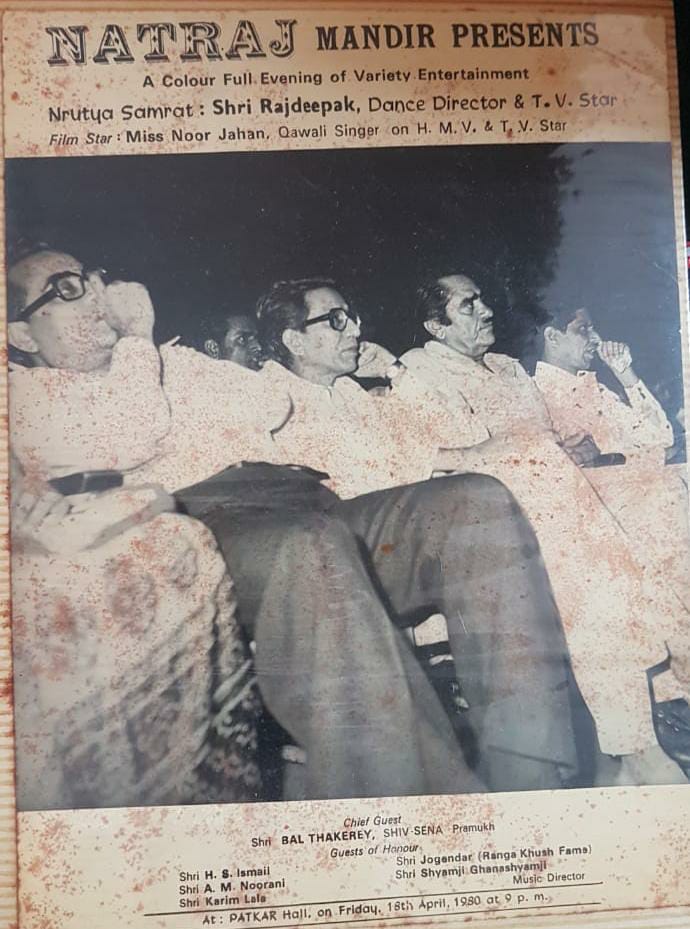 However, Raut in a tweet has clarified that Lala met several top leaders in his capacity as the then leader of Pathan community as he was also leading an organisation called Pakhtun-e-Hind. He claimed that those who do not know the history of Mumbai are "twisting his statement." Nevertheless, his comment had irked Shiv Sena's coalition partner - Congress and had forced Raut to retract from his statement,

Even as Raut retracted from his statement, a picture of Indira Gandhi with the don is going viral on social media. In the picture, Indira Gandhi can be seen with Karim Lala. As per reports, the picture dates back to 1973, notably years before Indira Gandhi imposed Emergency. Former actor and politician Harindranath Chattopadhyay, who was a family friend of the Gandhis, is also seen in the picture.

The picture has opened pandora's box for the grand old party. Here is the picture: "They (underworld) used to decide who will be Mumbai's police commissioner and who will sit in Mantralaya (state secretariat)," Raut said. He added, "When (underworld don) Haji Mastan came to Mantralaya, the entire secretariat would come down to see him. Indira Gandhi used to meet Karim Lala in Pydhonie (in south Mumbai)," he said.