Video released by Kirit Somaiya says, “I have filed a complaint with Mumbai Police demanding action against all those who have given anti-national slogans in favour of Sharjeel Imam saying `Sharjeel tere sapno ko manzil tak pahuchayenge hum`, it is understood that Maharashtra government is not keen to take any action. I am warning Mumbai Police if this Thursday, if you are not arresting those people, then from Thursday morning I will start a `Dharna Andolan` at Azad Maidan police station”. 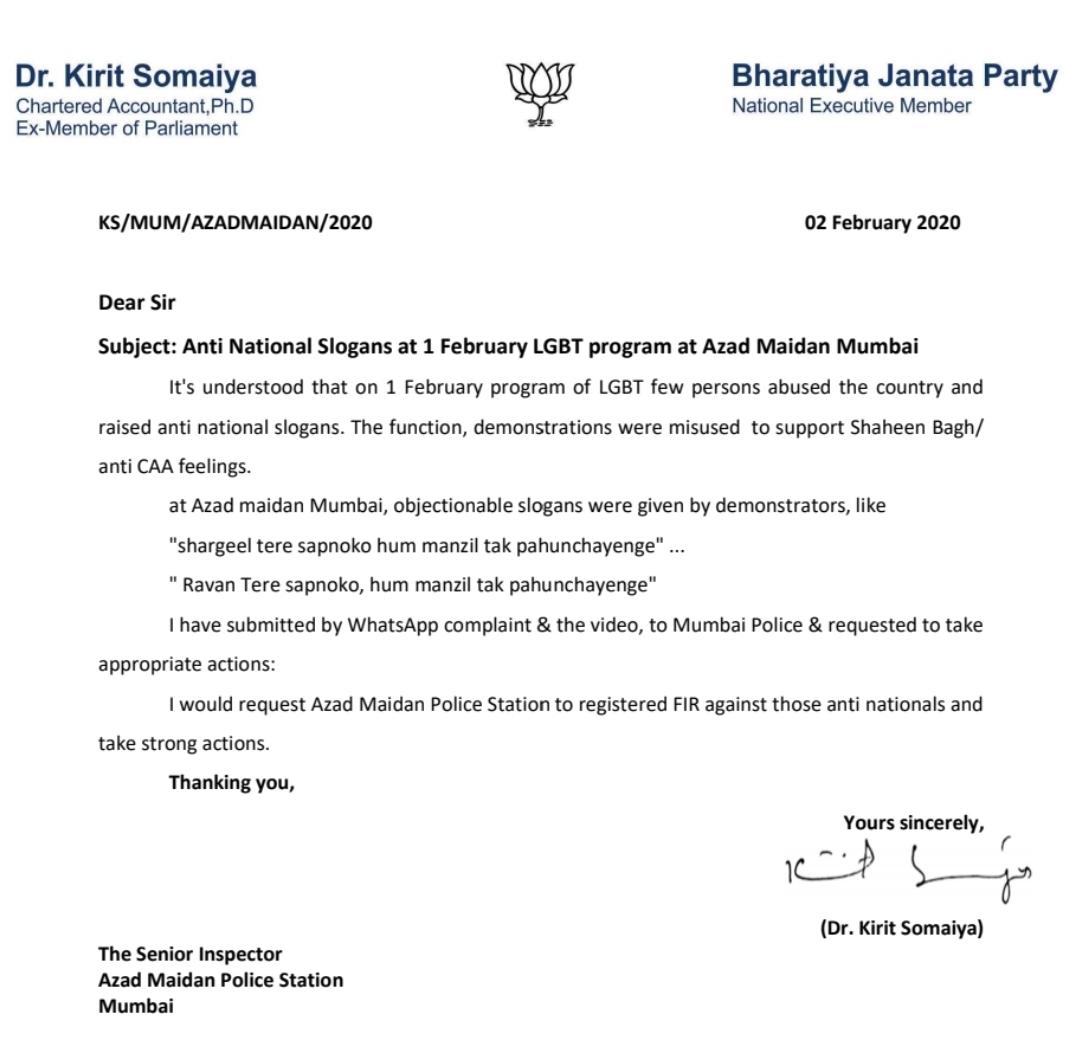 Meanwhile, QAM, which was earlier denied permission to hold the pride march in Mumbai, in case there were protests against CAA and NRC, has said in its statement that "neither QAM nor the individuals who have signed the permissions were communicated with or kept informed of the intent and/or content of this sloganeering."

The statement released by QAM adds, "It was irresponsible and potentially detrimental and none of the individuals raising these slogans were part of the organizing process or permissions process with us. These slogans, performances and protests happened abruptly and precipitously without the consent of the organizers."

Condemning the abrupt sloganeering 'against the integrity of India,' QAM says that the individuals who took up this performance were not known to the organizers personally. "However, as soon as the organizers realized that some sloganeering was inaudible on the stage, the organizers proactively used their microphones to stop all activities and clearly advised all the attendees that any sort of speech/slogan/communication within the gathering must happen from the stage and with official consent of the organizing members."

"We would like to reiterate that permission was granted for our gathering by Mumbai Police on express conditions, which we communicated to all the attendees and visitors one day before, through our social media channels. The responsibility of the gathering was taken by individuals who signed the permission, and we feel that irresponsible sloganeering under the garb of dissent not just affects the safety of individuals who signed the permission but QAM as an entity," the statement says.