The Maha Vikas Aghadi's Common minimum programme (CMP) which has been accessed by Republic TV on Thursday, has mentioned two coordination committees in its list 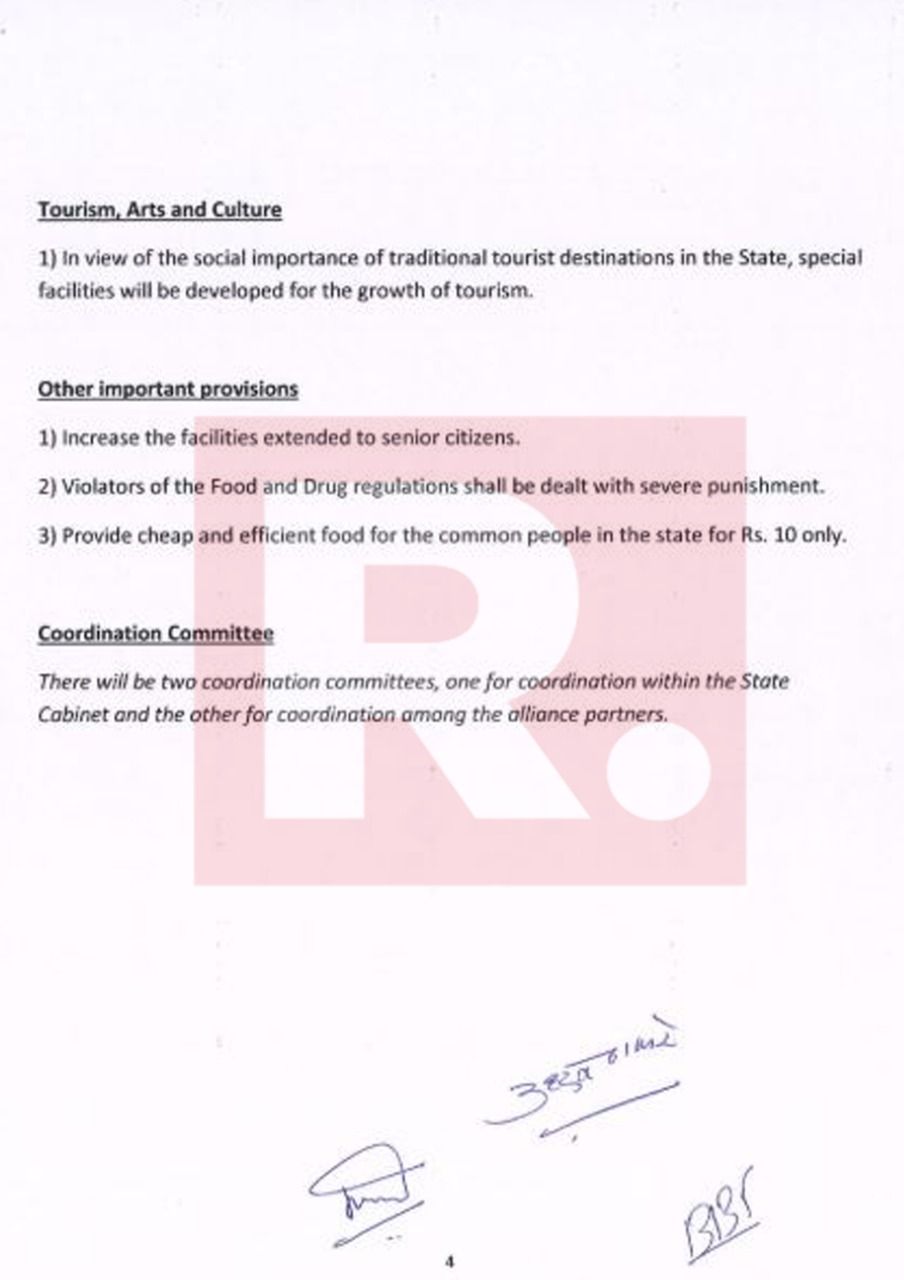 Earlier on Wednesday, sources said that the alliance have agreed to consider Sharad Pawar as the senior-most leader of the alliance and that he can be the chief of all the three parties. Sources added that one committee also will be formed like UPA to make sure Common Minimum Programme is being followed. Moreover, the committee will allegedly the advise CM time to time.

Ajit Pawar confirms, 'I will not take oath today, only 6 ministers will take oath with CM'

The Maha Vikas Aghadi released its 'secular' Common Minimum Programme which in its preamble declares that the alliance will take a joint view on matters which have consequences on 'secular fabric of the nation' indicating towards a toned-down Shiv Sena. While the CMP found no mention of Aarey forest conservation, Bharat Ratna for Savarkar or a caste-based reservation to mention a few issues, it included several subsections like - Farmers, Unemployment, Health, Industry, Social justice, Women, Education, Urban Development, Tourism. The CMP mainly features an immediate farm loan waiver, 80% reservation for local youth and the two Coordination committees.

Uddhav Thackeray is set to become the first Thackeray Chief Minister, putting Sena finally in its coveted CM post. Uddhav Thackeray, who had opted out of the NDA - breaking the BJP-Sena alliance of over 35 years, will be sworn-in at 6:40 PM on Thursday at Mumbai's Shivaji Park where his late father Bal Thackeray's memorial is installed. After taking oath as Chief Minister, Uddhav will have to seek election to the Maharashtra Assembly or the Legislative Council within six months.

Sena-NCP-Cong govt: These are the six MLAs who will take oath as Maharashtra ministers

The Maha Vikas Aghadi which staked a claim on Tuesday has been given a deadline till December 3 to prove their numbers. All MLAs were sworn-in on Wednesday in a special session, including Devendra Fadnavis who stepped down as CM after Ajit Pawar rescinded his support to the BJP-led government. The BJP-Sena which fell out squabbling over a 50-50 power-sharing and shared CM post bagged 161 seats (BJP- 105, Shiv Sena-56), while the Maha Aghadi won 98 seats (NCP -54, Congress).