Amid the organization of the government’s statewide human chain event, Congress put up posters across Patna, highlighting the failures of CM Nitish Kumar.

Amid the organization of the government’s statewide human chain event in Bihar on Sunday, Congress put up posters across Patna, highlighting the failures of Chief Minister Nitish Kumar. Criticising the regime’s ‘Jal, Jeevan, Hariyali’ programme, the posters allege that problems such as dowry-related deaths, loot, corruption, rapes, brain drain, and unemployment persist throughout the state of Bihar. Moreover, Congress also issued a reminder that Bihar had failed to get 'special status' under Nitish Kumar. The posters also urge the people of the state to “stay awake”. 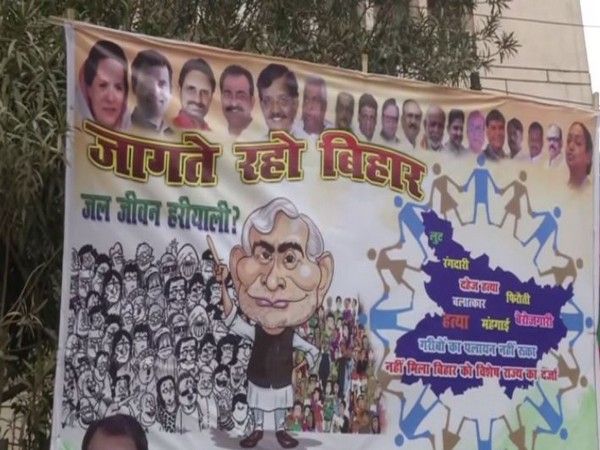 In the past, the Bihar government had organized a human chain event in the support of the stringent prohibition policy in 2017. On this occasion, the motive of the government is to create awareness about conserving the environment, the prohibition policy and against social evils such as child marriage and dowry. According to the government, lakhs of people were expected to participate in the event. Earlier in the day, CM Nitish Kumar and Deputy CM Sushil Modi themselves joined the human chain.

Meanwhile, BJP president Amit Shah announced that Nitish Kumar would lead the alliance in the 2020 Bihar assembly polls. He made this declaration at a pro-Citizenship Amendment Act rally in Vaishali on January 16. This comes amid a difference of opinion between allies BJP and JDU on key issues such as the National Register of Citizens.