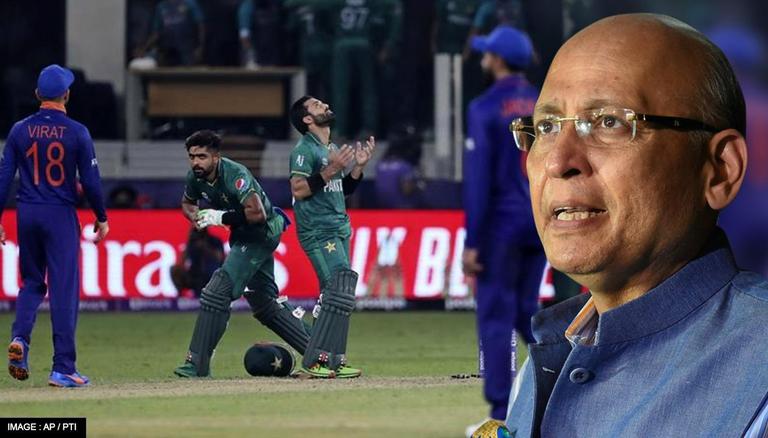 
Senior Congress leader and three-time MP Abhishek Singhvi on Thursday opposed the slapping of the UAPA ( Unlawful Activities (Prevention) Act) on people accused of cheering for Pakistan after India faced defeat in the T20 world cup against neighbours on Oct 24. Calling the charges placed against the elements promoting Pakistan extreme, the AICC National spokesperson urged that the distinction should be made between malicious elements and terrorists. However, he maintained that he condemn such activities unequivocally.

In a tweet, expressing his views, he wrote that people who have been engaged in Pro- Pakistan sloganeering and cheering should make all angry, and he condemns such acts against the nation. However, he also opined that people who sided with Pakistan, are just ‘malicious elements’ and not terrorists, so placing charges of UAPA on them is an extreme punishment.

He wrote, “People who supported Pakistan or burst crackers on India's loss must make us angry. I condemn it unequivocally. But slapping UAPA on them esp if they r not insurrectionists & terrorists may well be extreme. Democracy must make this distinction.”

People who supported Pakistan or burst crackers on India's loss must make us angry. I condemn it unequivocally. But slapping UAPA on them esp if they r not insurrectionists & terrorists may well be extreme. Democracy must make this distinction.

In another tweet, he further explained that a country should be wary of people who are siding with a nation like Pakistan who plots terror operations against India and has taken several innocent lives. Yet, he maintained his stand on calling the UAPA punishment stringent, terming people accused as ‘just malicious elements.’ “When a nation exists to bleed yours by a 1000 cuts when it does overt & covert terror operations against you, it's common sense to be wary of anyone in the country who supports them. However, a distinction needs to be made between the secessionists & just malicious elements,” Singhvi wrote.

Apart from this, slamming centre for charging Kashmiri youth under UAPA for cheering for Pakistan, PDP chief Mehbooba Mufti on Tuesday, stated that Amit Shah’s outreach to Kashmiri youth was negated by J&K police slapping UAPA against the students who celebrated Pakistan's victory against India in T20 cricket World cup 2020.

Stating that Shah's 'Mann ki Baat' has started with UAPA, she slammed Centre's 'vindictive' actions. Urging Centre to understand why educated youth choose to identify with Pakistan, she said that Centre would alienate them further.

READ | J&K: Farooq Abdullah says 'to hell with Pakistan' on being confronted over India-Pak talks

J&K students slapped with the UAPA after celebrating  Pakistan's win

On Sunday, social media users shared videos of a few GMC and SKIMS medical students enjoying the Pakistan cricket team's triumph over India in the T20 World Cup match. The video shows college students screaming "Pakistan Zindabad" and cheering and dancing joyously. Following the release of many videos, IGP Kashmir Vijay Kumar announced that an FIR had been filed against them, subjecting them to the severe UAPA provisions. Furthermore, the J&K government is looking for students who had sung the Pakistan national anthem at the Government Medical College (GMC) in Karan Nagar, Srinagar.