DK Shivakumar alleged that the Karnataka Assembly speaker had joined hands with the BJP government to pass the contentious anti-conversion legislation. 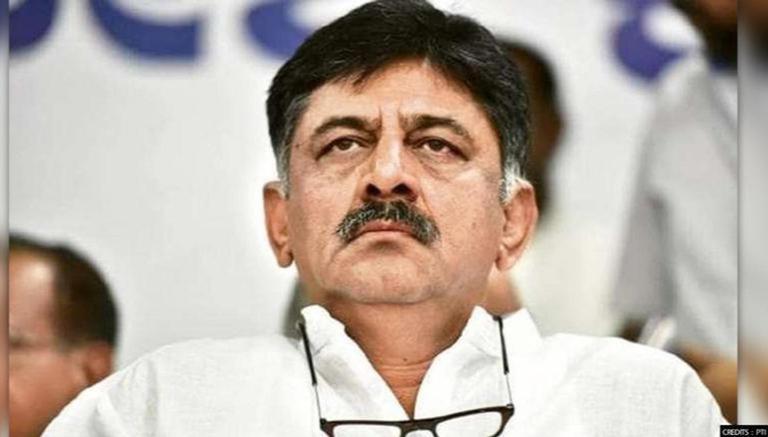 
After tearing the anti-conversion Bill in the Legislative Assembly on Tuesday, Karnataka Pradesh Congress Committee (KPCC) President DK Shivakumar refused to tender an apology for the incident, saying that his party was ready to oppose it 'tooth and nail'. Calling the bill 'unconstitutional', Shivakumar alleged that the Karnataka Assembly speaker had joined hands with the BJP government to pass the contentious legislation.

"We wanted to object to the bill before it was tabled. The speaker acted on this bill which is unlawful. I have torn the bill, I have every right to tear the bill, they can do whatever they want. This bill is unconstitutional. They are sitting there like thieves. We wanted to stop it before its introduction. They've to go by the majority, but the Speaker joined hands with the government. We'll oppose it tooth and nail," said the Congress leader.

A massive ruckus erupted in the Karnataka Assembly on Tuesday after the BJP government tabled the Karnataka Protection of Right to Freedom of Religion Bill, 2021. After tearing the bill in the assembly, DK Shivakumar along with other Congress MLAs staged a walkout.

Reacting to the development, Karnataka CM Basavaraj Bommai was quoted by ANI as saying, "There is full opportunity for debate in the Assembly. They [Opposition] were not present in the House when the bill was presented in the House. This is not the government's fault."

The proposed bill, which has been criticized by Opposition parties allegedly includes punitive measures and may require anyone who wants to change to another faith to file an application with the Deputy Commissioner two months in advance. As per sources, the bill mandates that a person who wishes to convert is likely to lose his or her original religion, as well as any facilities or benefits associated with it, such as reservations. However, the person will, in turn, receive all benefits of the religion to which he/she converts, according to Home Minister Araga Jnanendra.

According to sources, under the proposed "Karnataka Protection of Right to Freedom of Religion Bill, 2021," any marriage done solely to change someone's faith would be declared void. A sentence of three to five years in prison and a fine of Rs 25,000 may be slapped on those who evade the rules laid down by the act.