In the run-up for polls, DMK chief MK Stalin has promised to address people's grievances and to solve their issues within the first 100 days of forming a govt. 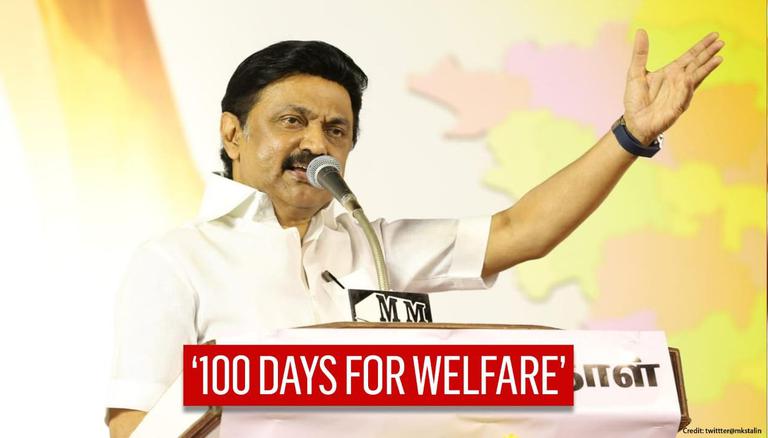 Ahead of the Tamil Nadu Assembly elections slated to be held in a few months, Dravida Munnetra Kazhagam (DMK) President MK Stalin has made an interesting poll promise to address people's grievances and to solve their issues within the first 100 days of forming a government.

Stating that solving people's issues is his first duty, Stalin said on Monday that if voted to power, the first 100 days of his government will be dedicated to resolving their issues on a war-footing. He made the announcement while addressing the media at the residence of his late father and former Chief Minister M Karunanidhi in Gopalapuram.

Stalin also announced that he would kick start a new initiative called "Ungal Thogudhiyil Stalin'' on January 29, during which he will tour all 234 assembly constituencies in the state to hold discussions with people.  People from the respective constituencies can submit their complaints in the complaint box arranged that will be sealed after every session. The constituency tour will begin in Thiruvannamalai and go on for 30 days.

Besides this, people can also lodge their complaints and requests online at the official website of the DMK chief, or by contacting on the official phone number. During the lockdown, the principal Opposition party had launched a helpline service named ‘Ondiraivom Vaa', to help people in distress. DMK had claimed that over one crore people benefitted from the scheme

Setting his target for the upcoming polls, MK Stalin, said that his party will win over 200 seats in the 234-seat Tamil Nadu assembly. He has launched the "WeRejectADMK" campaign calling it "lack of governance" by the Palaniswami government and touching sensitive issues such as the NEET-related suicides, holding gram sabhas across the state. DMK has sent 15,000 workers as his messengers across 234 constituencies to meet people from various sections of the society - 10 years of the misrule of the ADMK Government and hear the people's sufferings, as well as to know what the people expect of the DMK.

Stalin eyes his maiden CM term in the state as DMK cannot afford to lose a third straight Assembly election. Meanwhile, ally Congress has kicked off its campaign by sending ex-Congress chief Rahul Gandhi to a three-day Tamil Nadu tour followed by a 2-day Kerala tour and then a day in Puducherry.