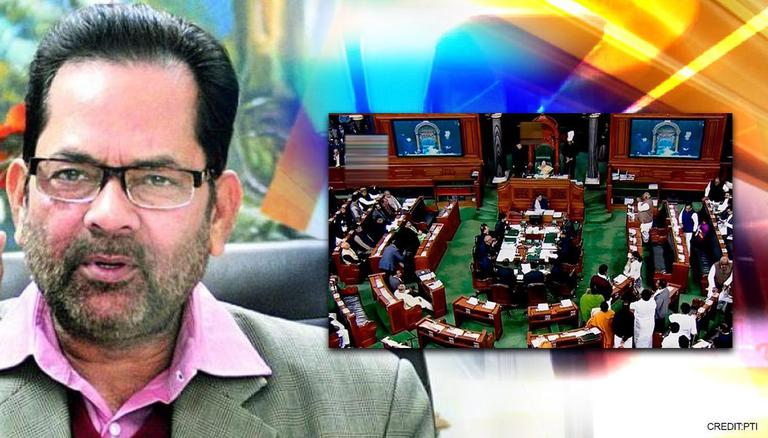 
The Ministry of Minority Affairs on Thursday informed Lok Sabha that the Centre has introduced a rehabilitation package to provide relief to the victims of the 1984 anti-Sikh riots. Giving further details of the relief package, the Minority Affairs Ministry said that the scheme contained an ex-gratia payment of Rs 3.5 lakh for each death case and Rs 1.25 lakh in case of injuries.

Union Govt introduced a rehabilitation package to provide relief to victims of 1984 anti-Sikh riots. The scheme contained ex-gratia payment of Rs 3.5 lakhs for each death case & Rs 1.25 lakhs in case of injuries: Ministry of Minority Affairs, in Lok Sabha

The Ministry further informed that the scheme also contained a provision for the state government to grant permission to widows and old aged parents of death victims at the uniform rate of Rs 2,500 per month for whole life. Mukhtar Abbas Naqvi said that the expenditure on the payment of pension was to be borne by the state government.

Stating that in 2014, BJP-led Centre had introduced for grant of enhances relief of Rs 5 lakh per deceased, who died during 1984 anti-Sikh riots, Naqvi said that in the Union Budget 2021-22, provision of Rs 4.5 crore is made for payment of enhanced compensation to next of kin of deceased in the 1984 riots.

The Ministry of Minority Affairs said, "For payment of enhanced ex-gratia amount, the States/UTs would disburse the money from their own funds and Ministry of Home Affairs would reimburse the amount to the concerned State/UT Government on receipt of utilization certificate."

The 1984 anti-Sikh riots, also known as the 1984 Sikh Massacre, was a series of organised pogroms against Sikhs in India following the assassination of Indira Gandhi by her Sikh bodyguards. As the 1984 anti-Sikh riots continued for several days, around 3,000 Sikhs were killed in New Delhi, with unofficial estimates and countrywide figures being much higher.

Not only this, due to these riots, over 50,000 people from the Sikh community were displaced. In the National Capital, some of the worst affected areas due to riots were Sultanpuri, Mangolpurim and Trilokpuri. Remarking on the riots in its aftermath, the then Prime Minister Rajiv Gandhi had made his infamous 'when a big tree falls, the earth shakes' remark.

In 2017, Congress which had roped in poll strategist Prashant Kishor won an absolute majority with Captain Amarinder Singh, by winning 77 seats and ending the 10-year reign of the SAD-BJP government. The AAP has now emerged as the second-largest party winning 20 seats in 117-member Punjab Legislative Assembly. The Shiromani Akali Dal (SAD) could only manage to win 15 seats while the BJP secured 3 seats.

Recently in February, Congress strengthened its hold on Punjab winning six of the eight municipal corporations and majority of the 109 municipal councils and Nagar Panchayats, as per reports. Overall, Congress won 1,373 of the 2,218 seats that went to the polls, followed by the SAD (285), AAP (60), BJP (49), and BSP (5). Independents won 392 seats. AAP which had won 4 seats and a 25% vote share in the 2014 Lok Sabha polls was reduced to just one seat in 2019.