Aam Aadmi Party MP Sanjay Singh on Sunday levelled serious allegations of corruption by the Delhi Development Authority under Union Minister Hardeep Singh Puri. Addressing a press conference in New Delhi, Singh said the prices of houses for 772 Economically Weaker Section (EWS) beneficiaries were inflated in 2018 from its original cost under a scheme of September 2014. He demanded a probe by CBI and the Central Vigilance Commission (CVC).

"A DDA housing scheme was launched in September 2014. Under this, the Authority had tied up with DLF to provide housing to those whose yearly income is one lakh rupees under the EWS category. Flats would have been provided at a cost of Rs 6.90 lakh to Rs 11 lakh in easy installments. It was also said that the construction of buildings was complete, which means there could not have been a rise in cost. The beneficiaries had submitted all documents by 2015. After years of wrangling, those beneficiaries are told to arrange Rs 19 lakh and Rs 24 lakh, which means three times more than they claimed and promised."

The Rajya Sabha MP added that the EWS category beneficiaries went to Delhi Lieutenant Governor and even wrote a letter to Prime Minister Narendra Modi, Housing Minister Hardeep Singh Puri and DDA's vice-chairman. "I have all their letters," claimed Sanjay Singh and said that the DDA then marginally reduced the price to Rs 15 lakh after complaints. "Dalali ka adda bana liya hai DDA ne?" asked Singh.

"My question is when you (DDA) put out advertisements of the scheme and claimed the flats are ready, then why should anyone pay Rs 19 lakhs, 20 lakhs and 15 lakhs? My other question is why did beneficiaries not get their flats in Rs 6.9 lakhs even after noticing the matter to PM, Puri, L-G and DDA's vice-chairman? What scam did you do?" Sanjay Singh questioned.

The AAP leader also placed direct allegations of corruption on DDA officials and "people holding senior positions" in the Central government. He slammed the Centre over such allegations and said that the government didn't provide housing to those EWS category beneficiaries but propagating the promise of regularising all of Delhi's unauthorised colonies. "I am demanding a full enquiry by the CBI and CVC and have written to their senior officials," Sanjay Singh said. 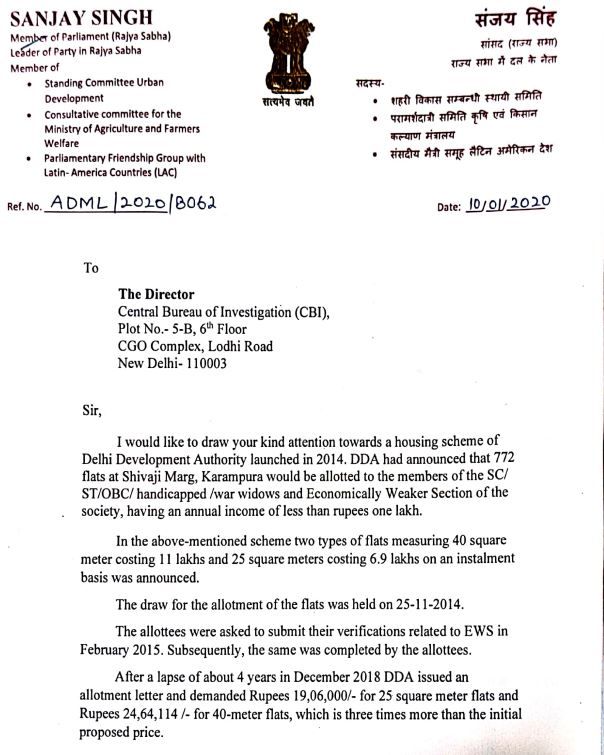 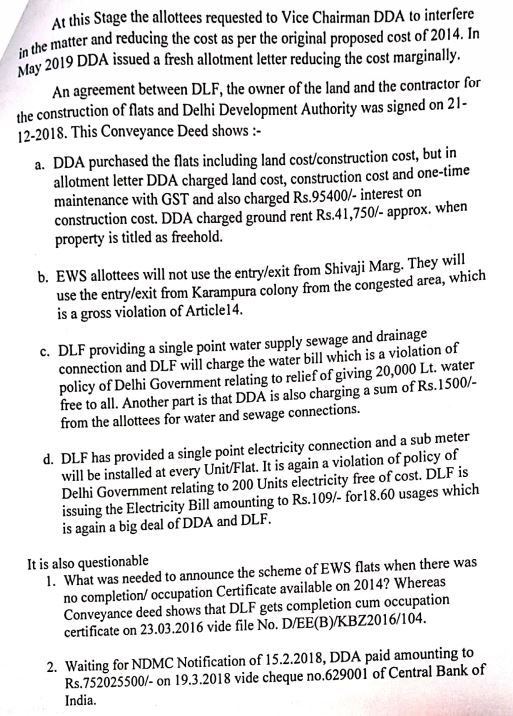 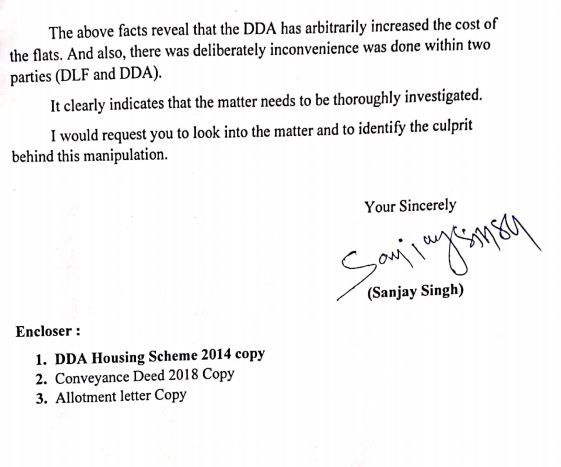