After Maharashtra Governor on Sunday approved the allocation of portfolios in the State cabinet as finalised by CM Uddhav Thackeray, the official list is out: 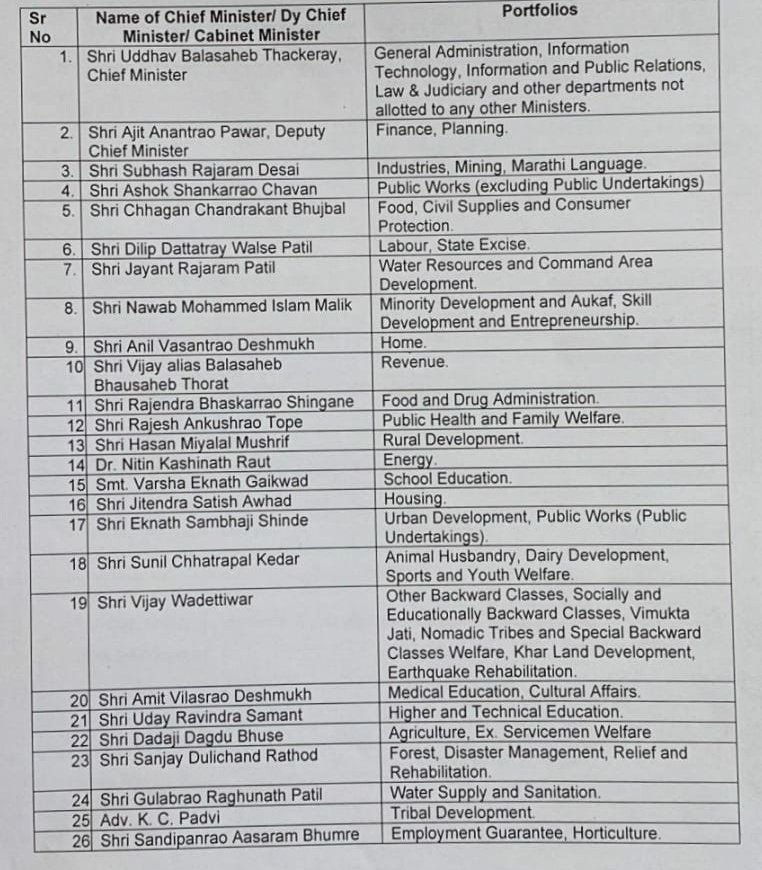 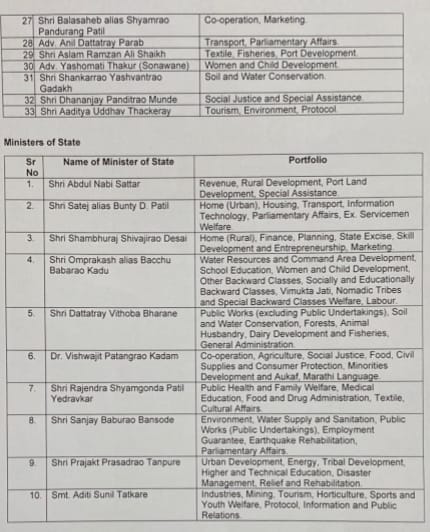 On Saturday, a list of names was sent to the Governor’s office in the evening but it was not cleared, forcing another day’s delay in allocation of portfolios. Earlier, the delay was due to disagreement between the three ruling allies — Shiv Sena, NCP and Congress. The NCP, however, shifted the blamed on Governor Bhagat Singh Koshyari for delaying the matter for another day. State minister and NCP leader Jayant Patil tweeted that the list was sent to Koshyari at 7.30 pm. An official from the state government said that the file was sent around 8-8.30 pm. Sources in the Sena and the NCP claimed that the file was sent at 9.45 pm.

On December 31, during the cabinet expansion oath ceremony, NCP's Ajit Pawar once again took oath as Deputy CM after his three-day stint in November with the short-lived Devendra Fadnavis-led BJP government. Shiv Sena's 13 ministers (10 - cabinet, 3 - MoS), NCP's 13 ministers (10 - cabinet, 3 - MoS) and Congress's 10 ministers (8 - cabinet, 2 - MoS) took oath on Monday at 12 pm in the Maharashtra Vidhan Sabha. Uddhav Thackeray was sworn in as the chief minister of Maharashtra on November 28 along with six ministers — two each from alliance partners the Shiv Sena, NCP, and Congress.