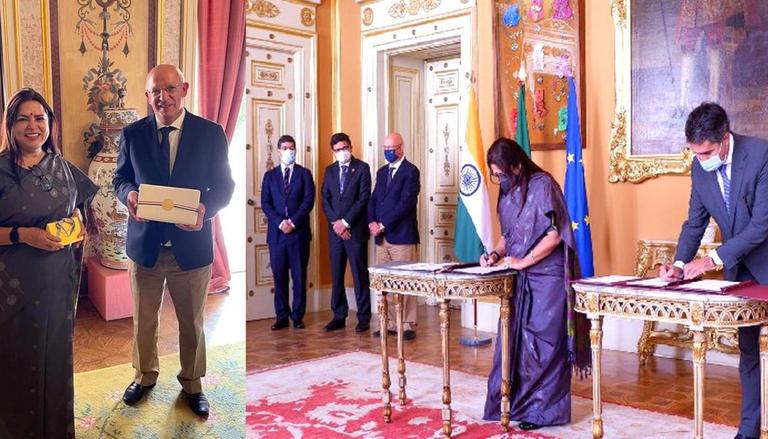 
Union Minister of State (MoS) for External Affairs Meenakshi Lekhi met with Portugal's Secretary of State for International Affairs and Cooperation Francisco Andre on Monday and signed an agreement on Labour Mobility to facilitate the recruitment of Indian residents to work in Portugal. "Delighted to sign an agreement between India and Portugal on Labour Mobility facilitating recruitment of Indian citizens to work in Portugal," Lekhi said on Twitter.

The agreement will open up new destinations for Indian migrant workers in an EU member country, particularly in light of the large number of Indian employees who have returned to India due to the COVID outbreak. For competent Indian workers and professionals, it will open up new doors and Indian workers would gain better job prospects in Portugal as a result of this agreement.

It is pertinent to mention here that Lekhi and Andre talked on a wide variety of bilateral issues, with a focus on important areas of mutual interest such as science and technology, migration and mobility, trade, and information technology. She also met Augusto Santos Silva, the Portuguese Foreign Minister, and Eurico Brilhante Dias, the Secretary of State for Internationalization, to address issues of common concern.

MoS Lekhi is also slated to visit Spain from September 15-17 where she will be meeting Spanish Secretary of State for Foreign Affairs Angeles Moreno Bau as well as other important dignitaries. According to the Ministry of External Affairs (MEA), MoS Lekhi will also interact with Indologists and Indophiles, as well as the Indian community in Spain, including ICCR alumni. Both Portugal and Spain have close and friendly connections with India. The visit of the Minister of State, which is the first in-person official interaction between the two countries since the COVID outbreak, is intended to provide bilateral ties with a boost, stated MEA.

Lekhi will also meet members of the Indian community and attend an event marking the rich cultural heritage of India as part of the Azadi ka Amrit Mahotsav celebrations, the MEA added. It said Lekhi will hold discussions with her Spanish counterpart, Secretary of State for Foreign Affairs, Ángeles Moreno Bau and meet other senior dignitaries during her visit to Spain from 15-17 September. "The Minister of State will also inaugurate ´The Beatles and India´ exhibition at Casa de la India, Valladolid and deliver a talk on India's development cooperation at the Spain India Council Foundation," the MEA said. It said she will also interact with Indologists and Indophiles, including ICCR Alumni, and the Indian Community in Spain.