The NCP has released the letter of majority submitted to the Governor on November 25. The letter consists of names and signatures of 162 MLAs from three parties

The NCP on Tuesday, November 26, released the letter of majority submitted to the Governor on November 25. The letter consists of names and signatures of 162 MLAs from the Shiv Sena, Congress, NCP and other independents. The major name missing in the letter is NCP's Ajit Pawar who is currently the Deputy Chief Minister of Maharashtra under CM Devendra Fadnavis. 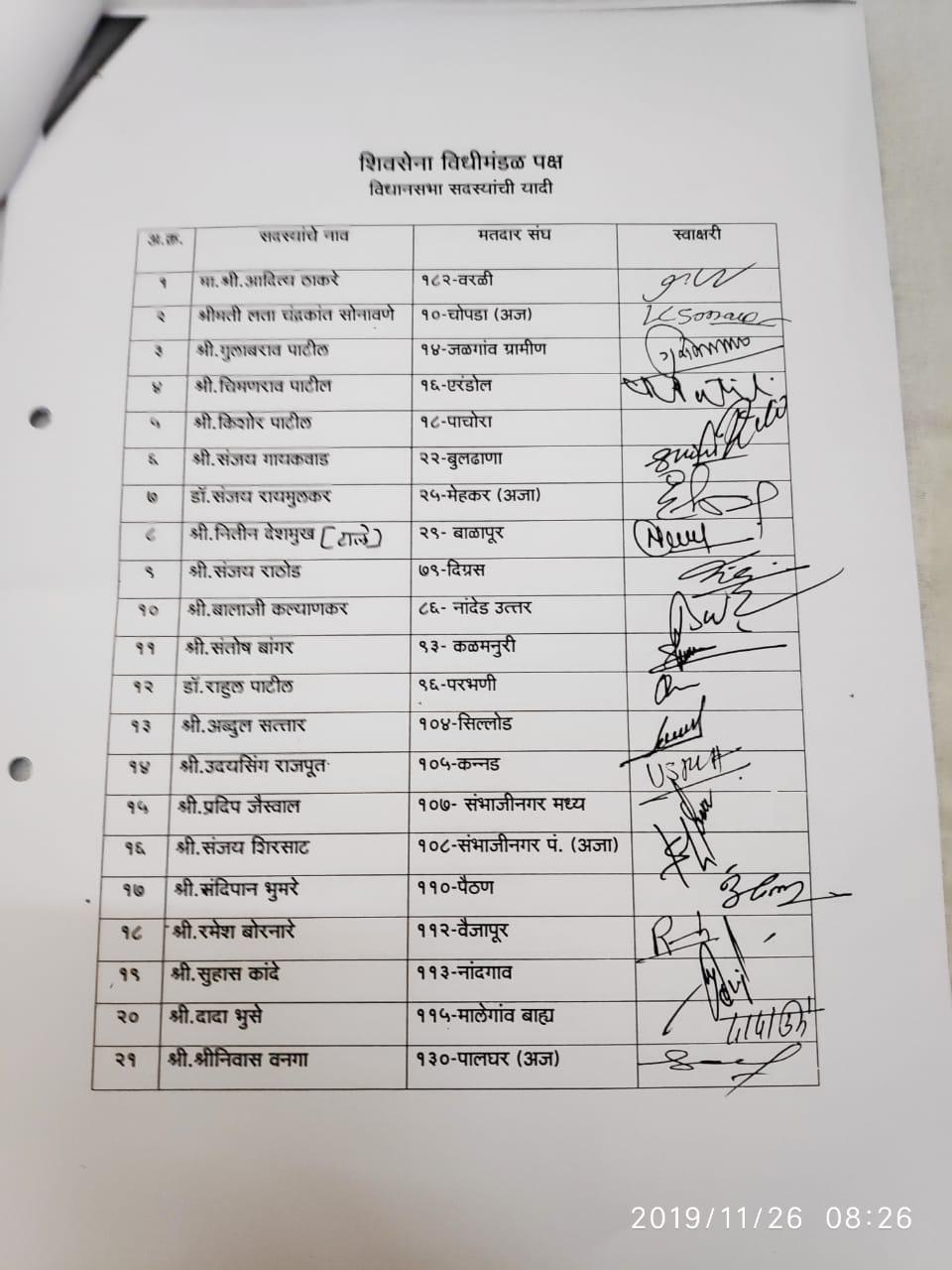 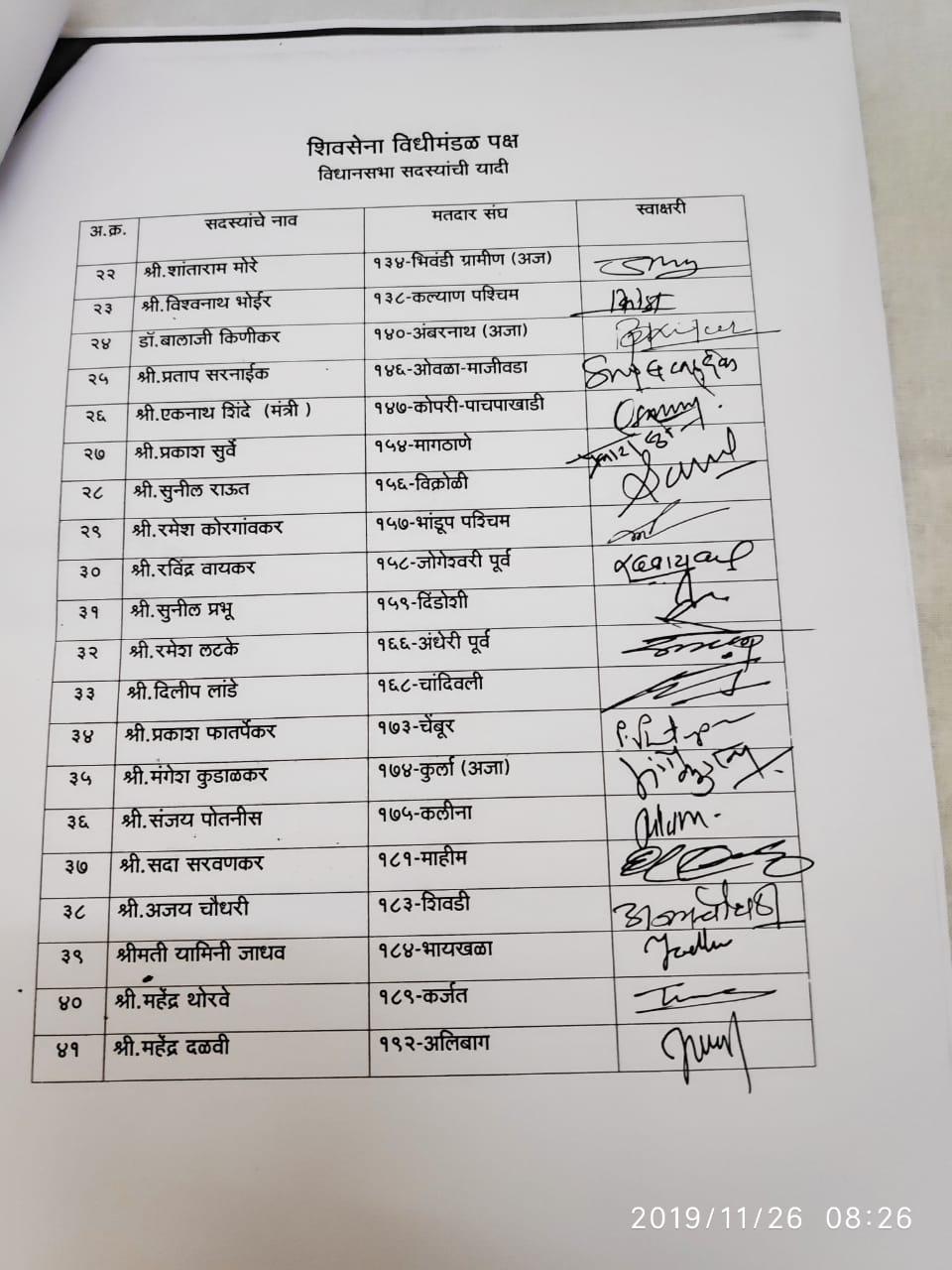 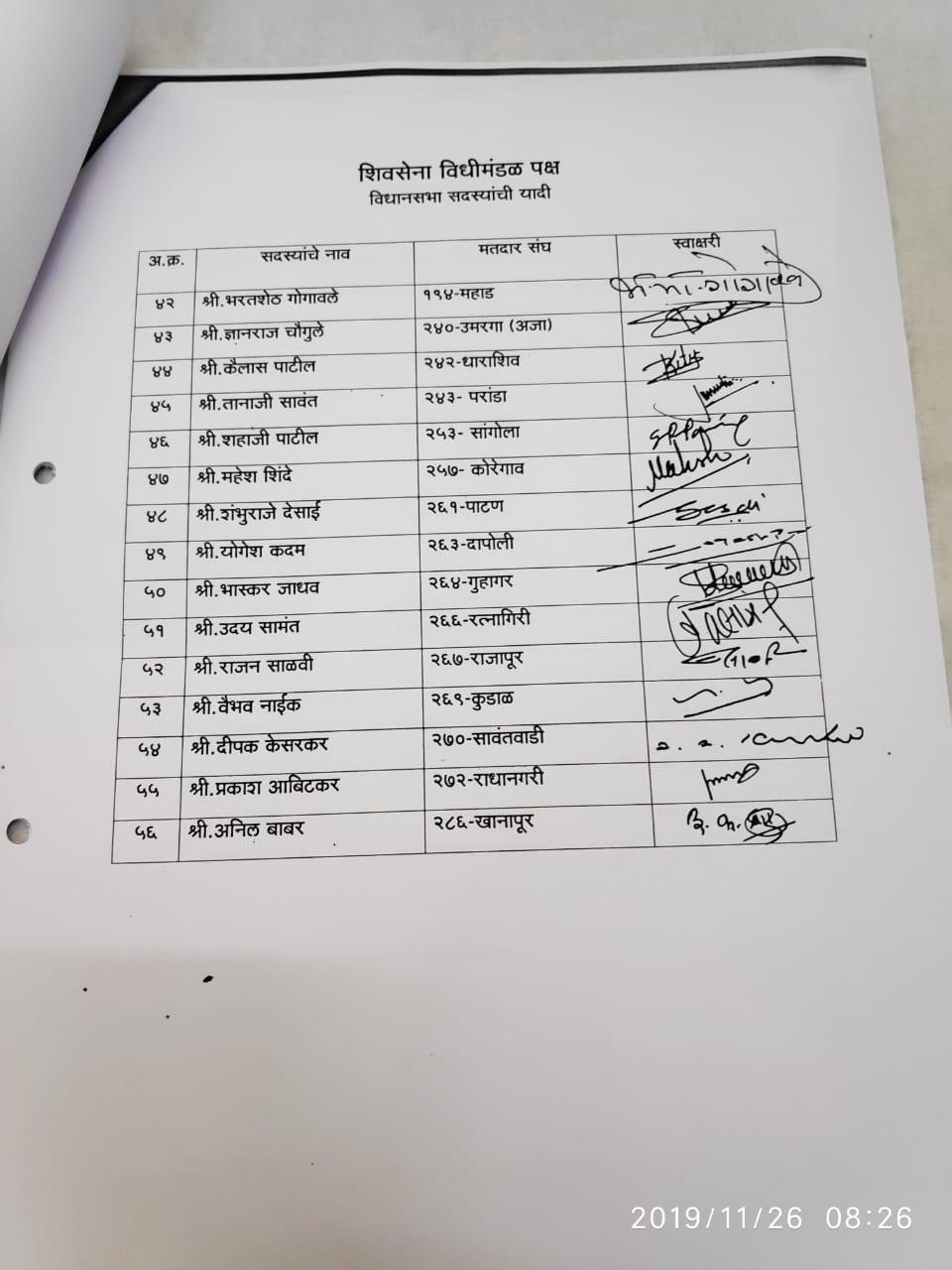 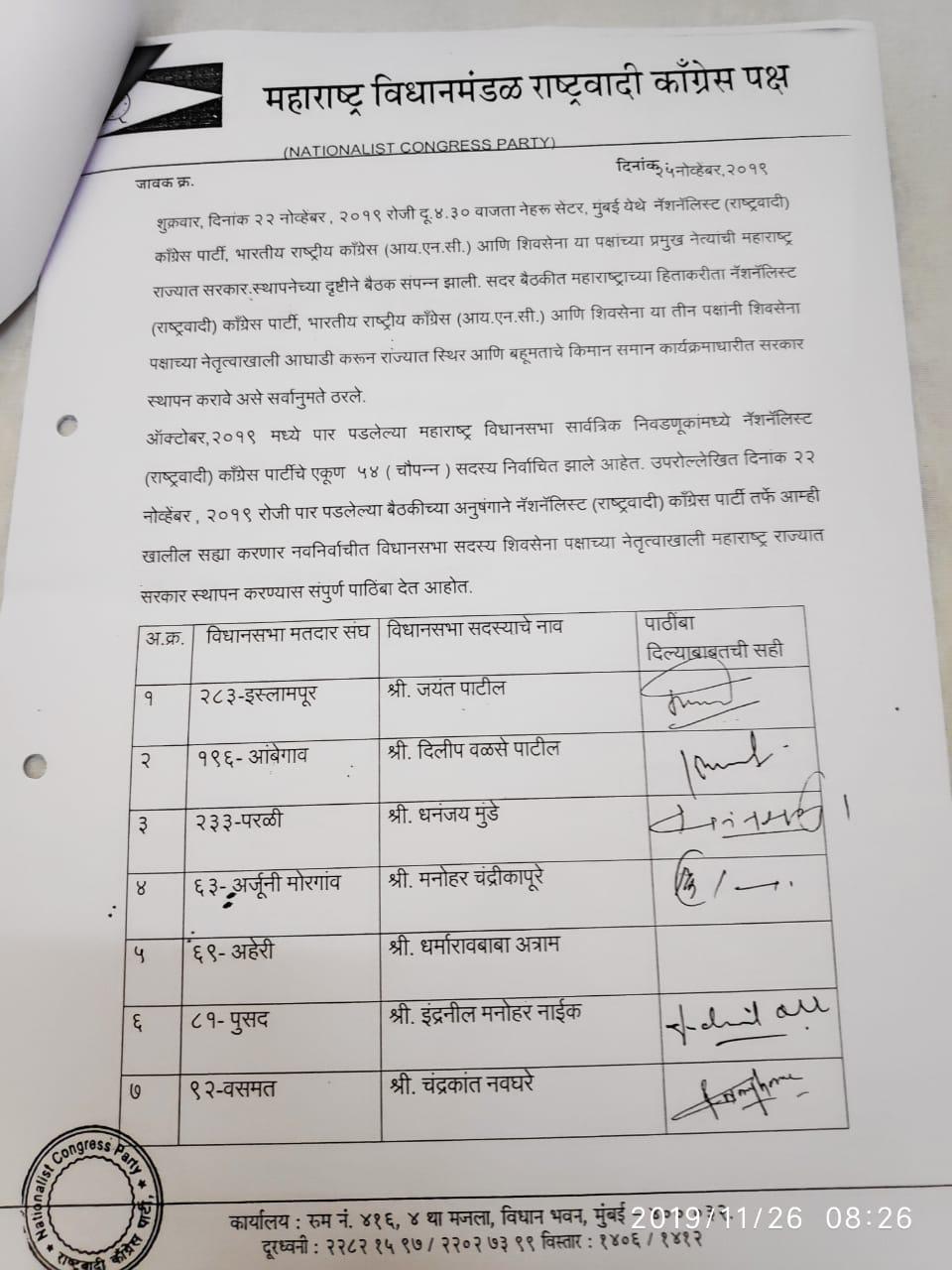 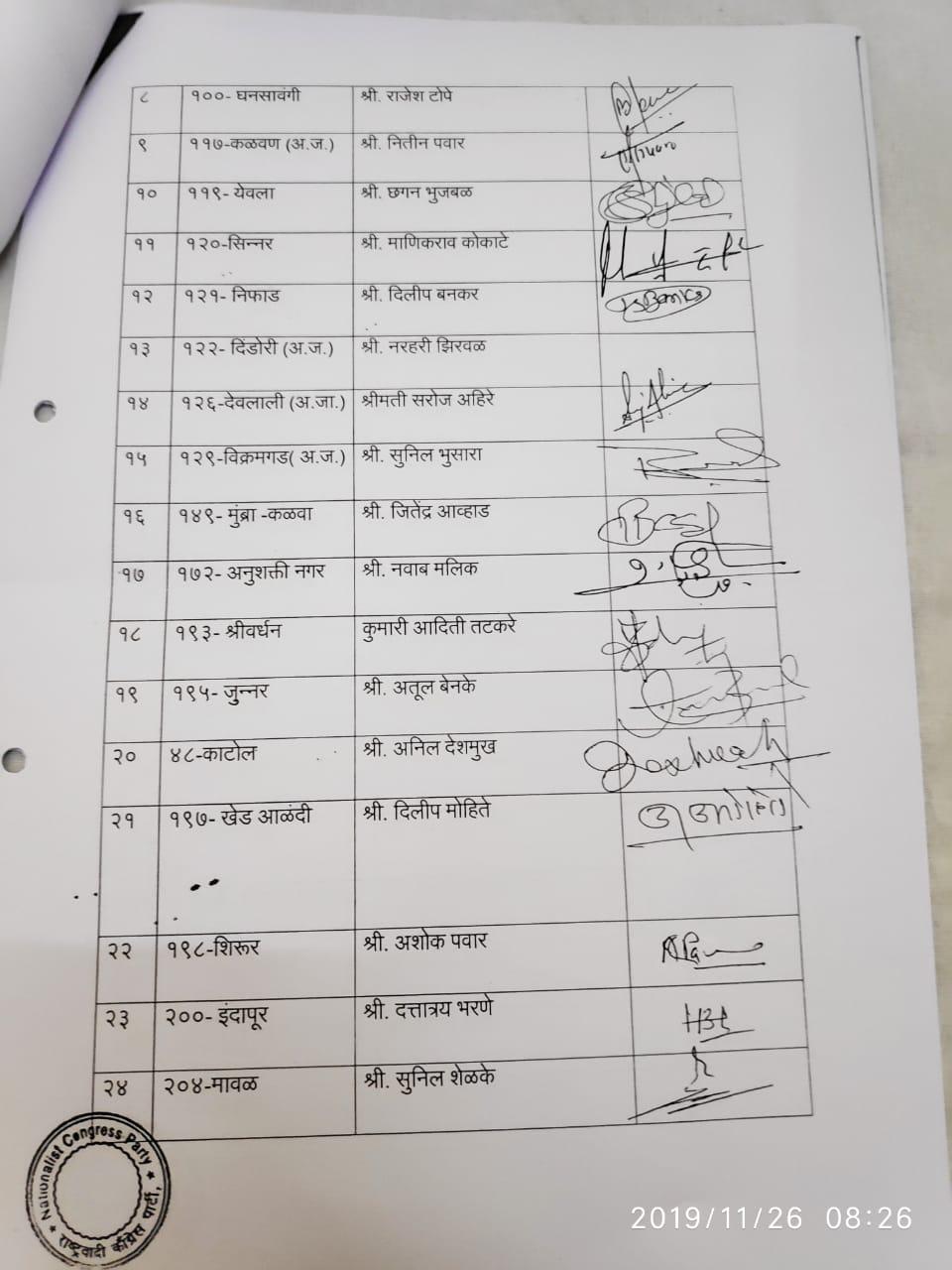 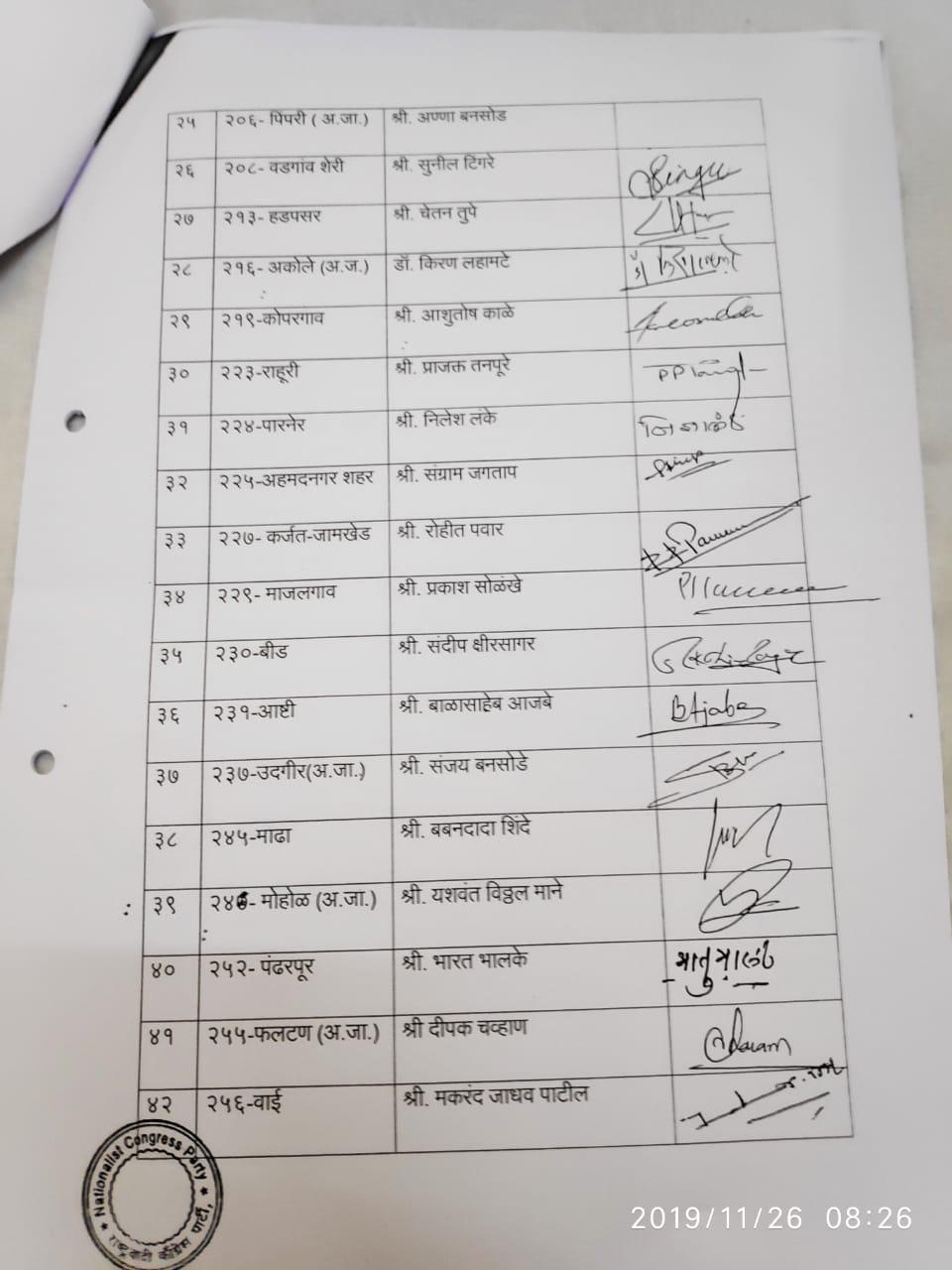 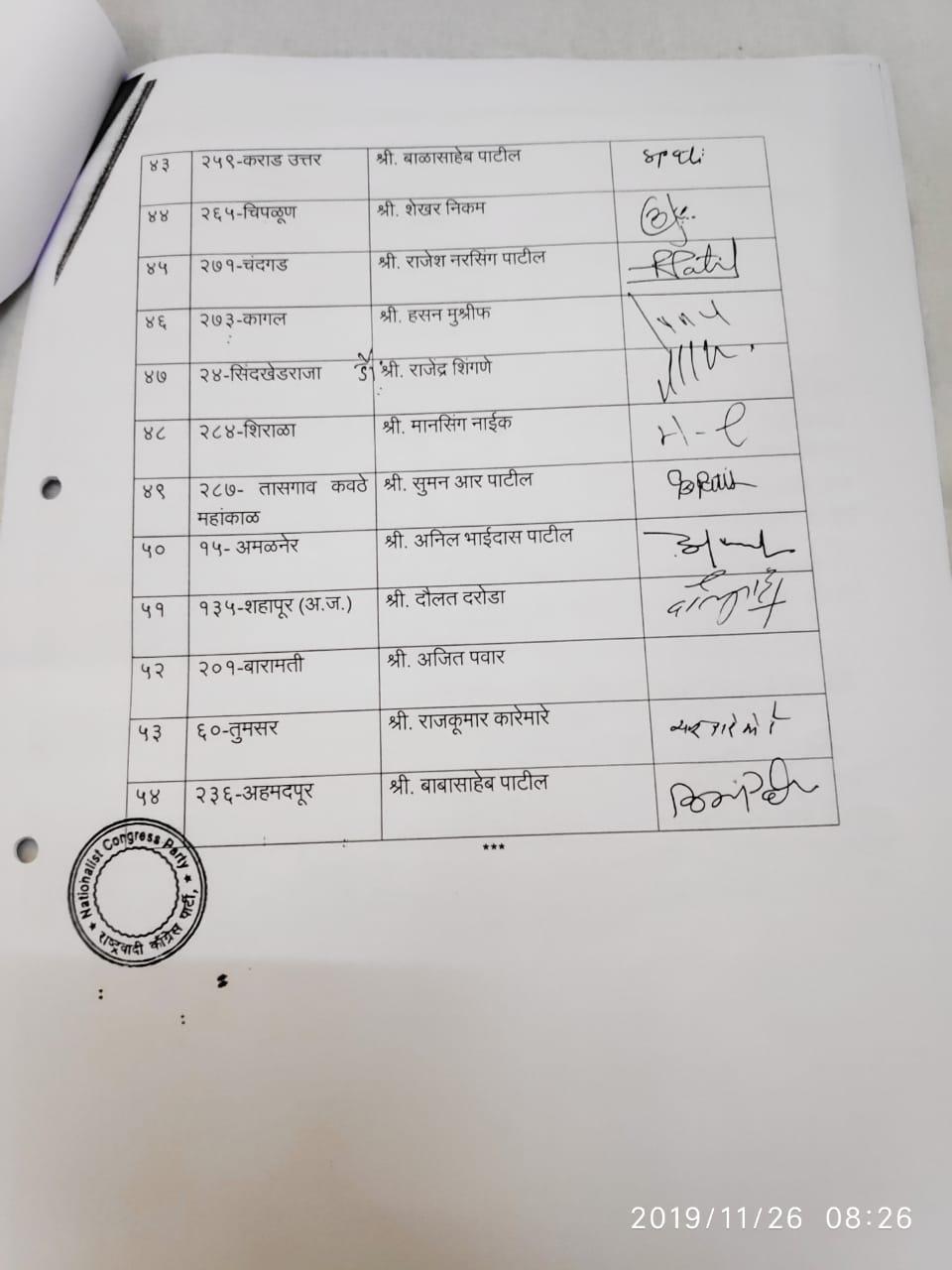 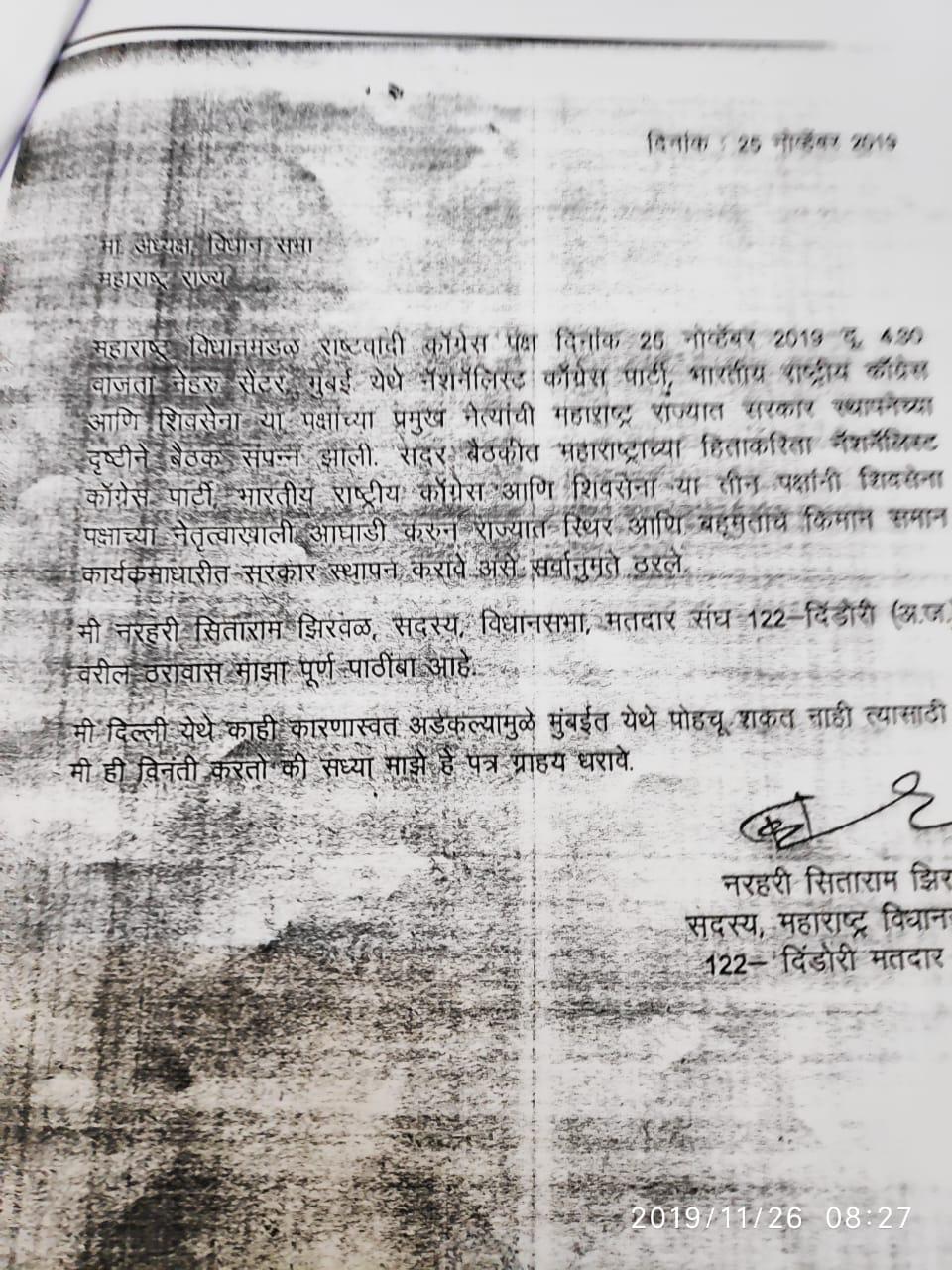 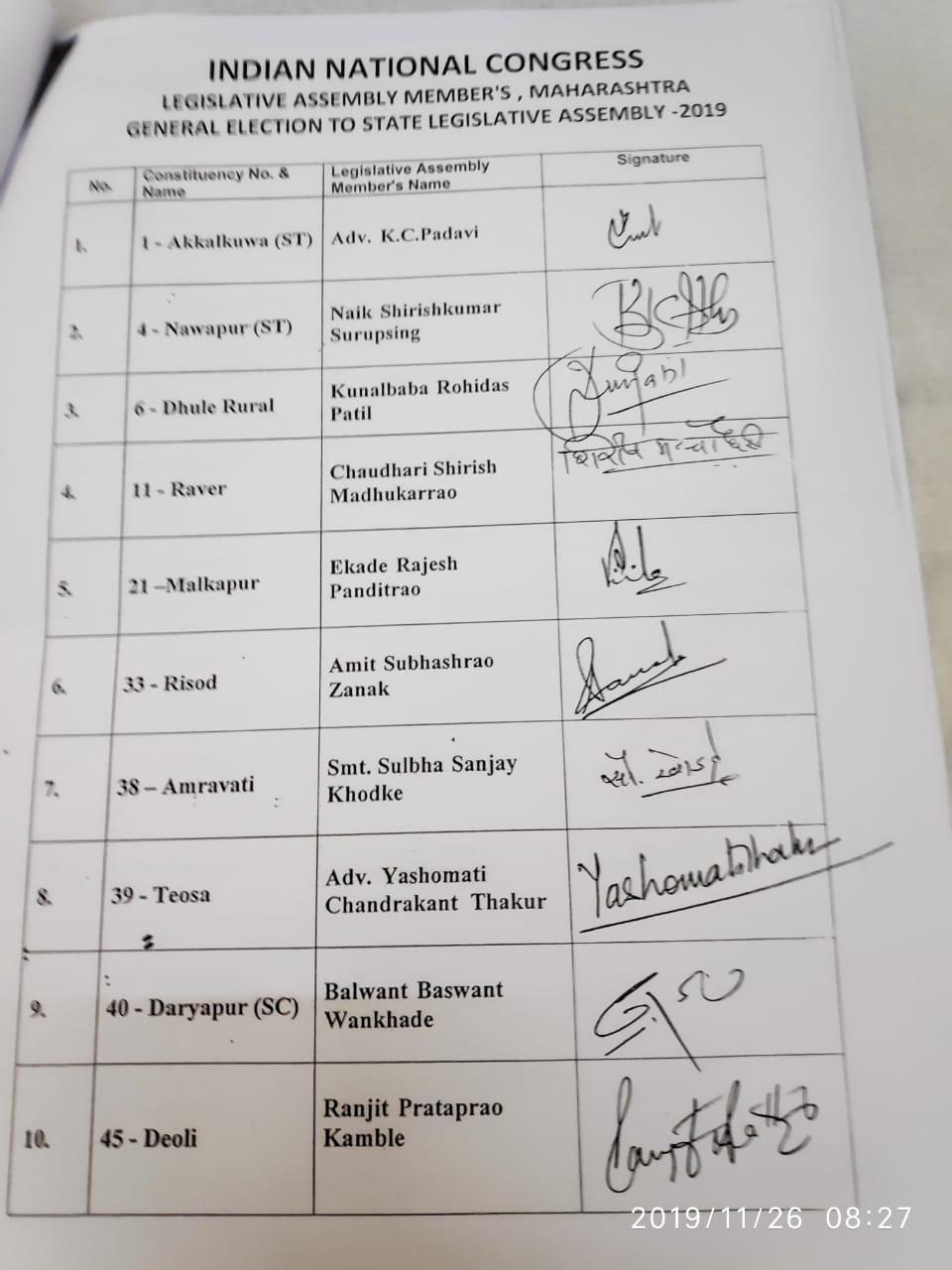 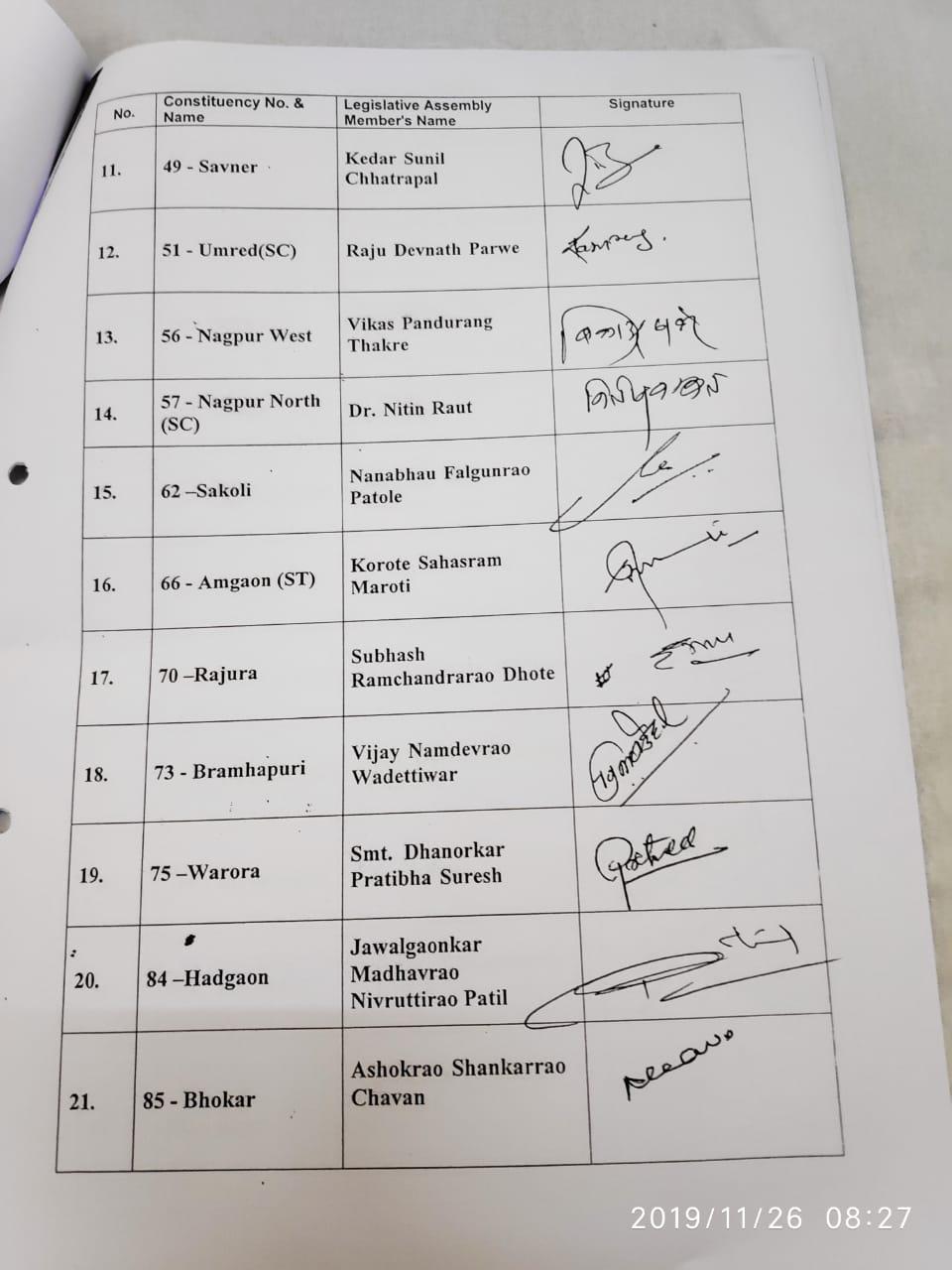 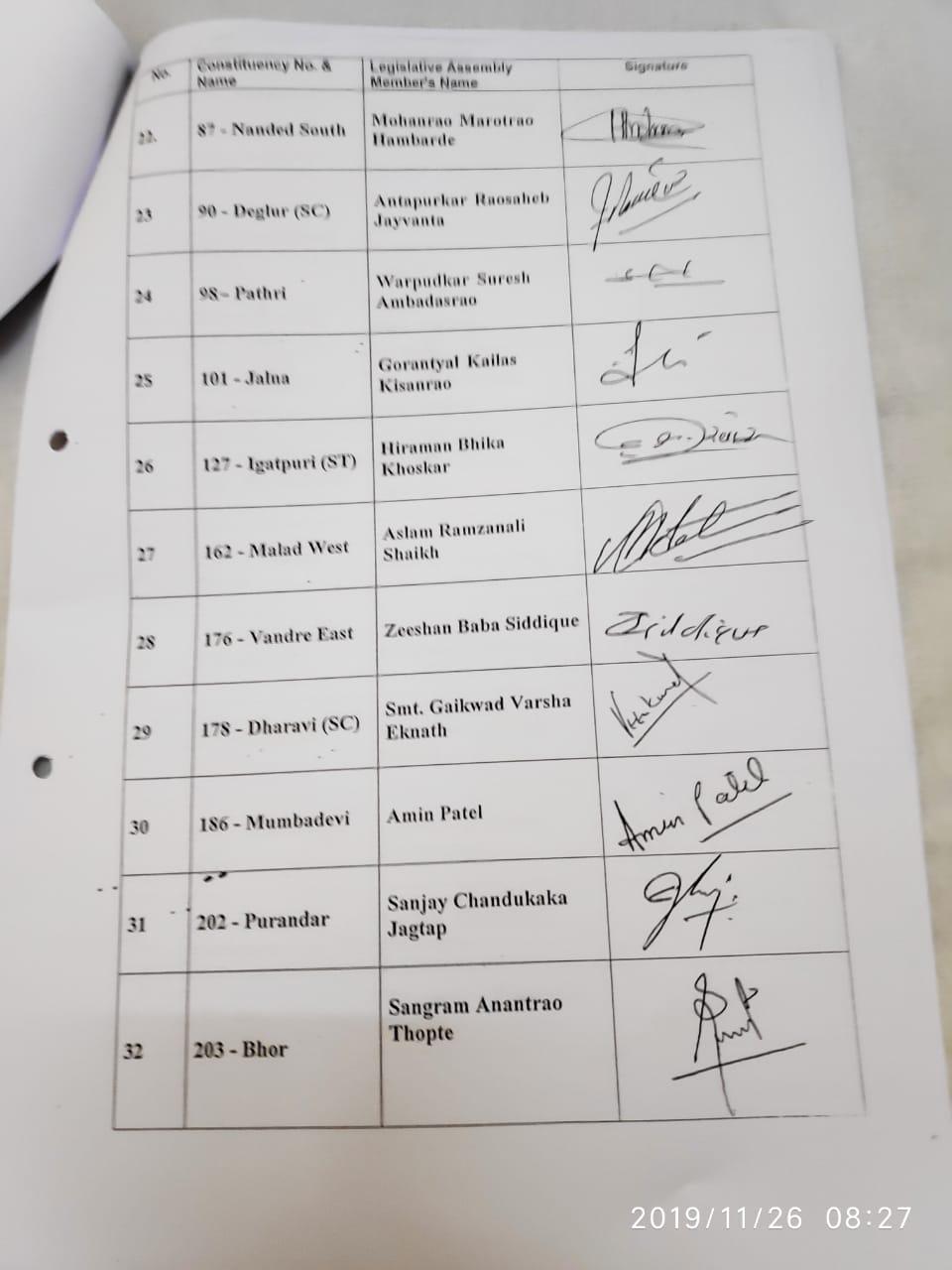 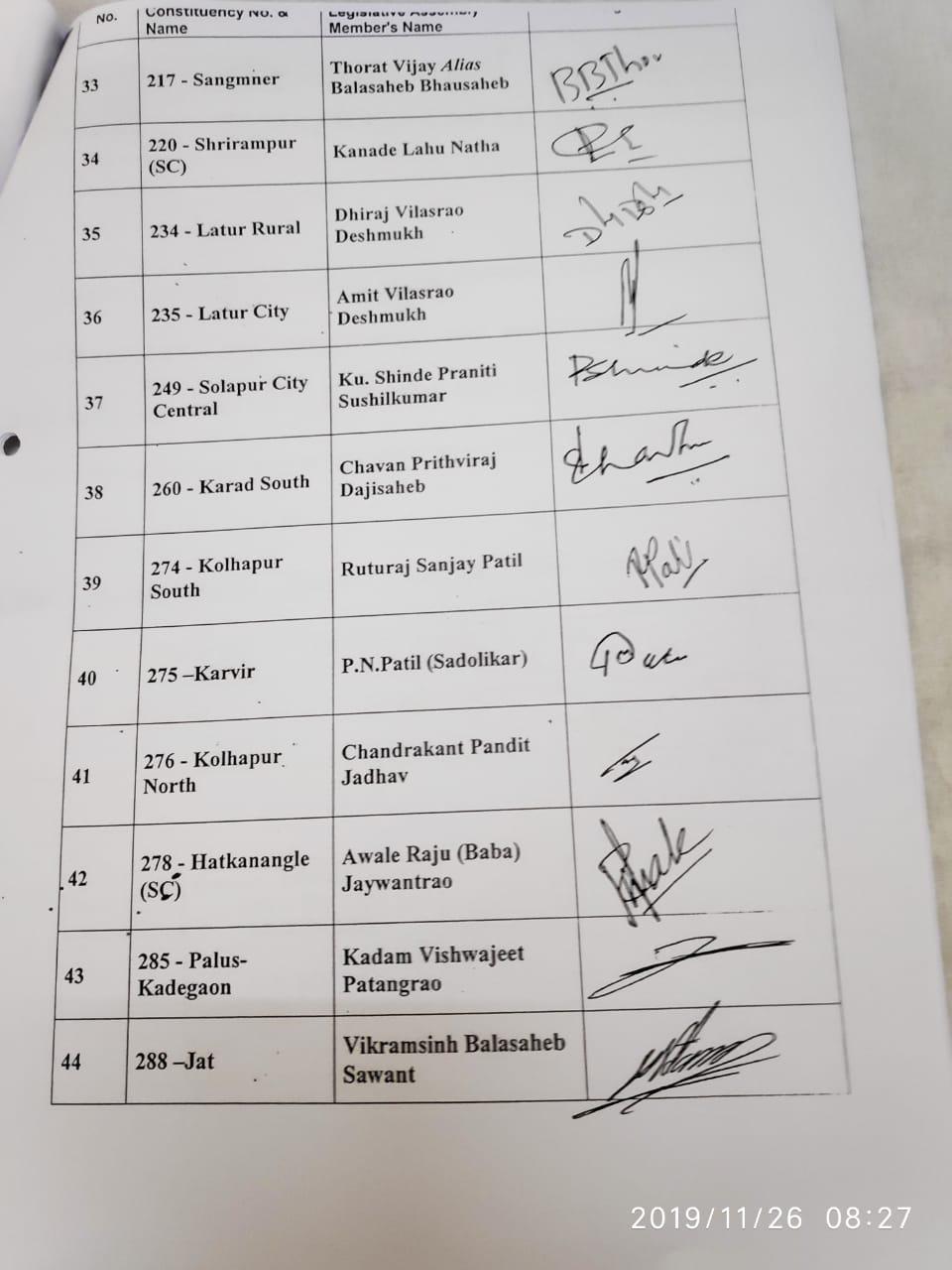 READ | NCP, Shiv Sena And Congress Leaders Sent To Different Hotels In And Around Mumbai 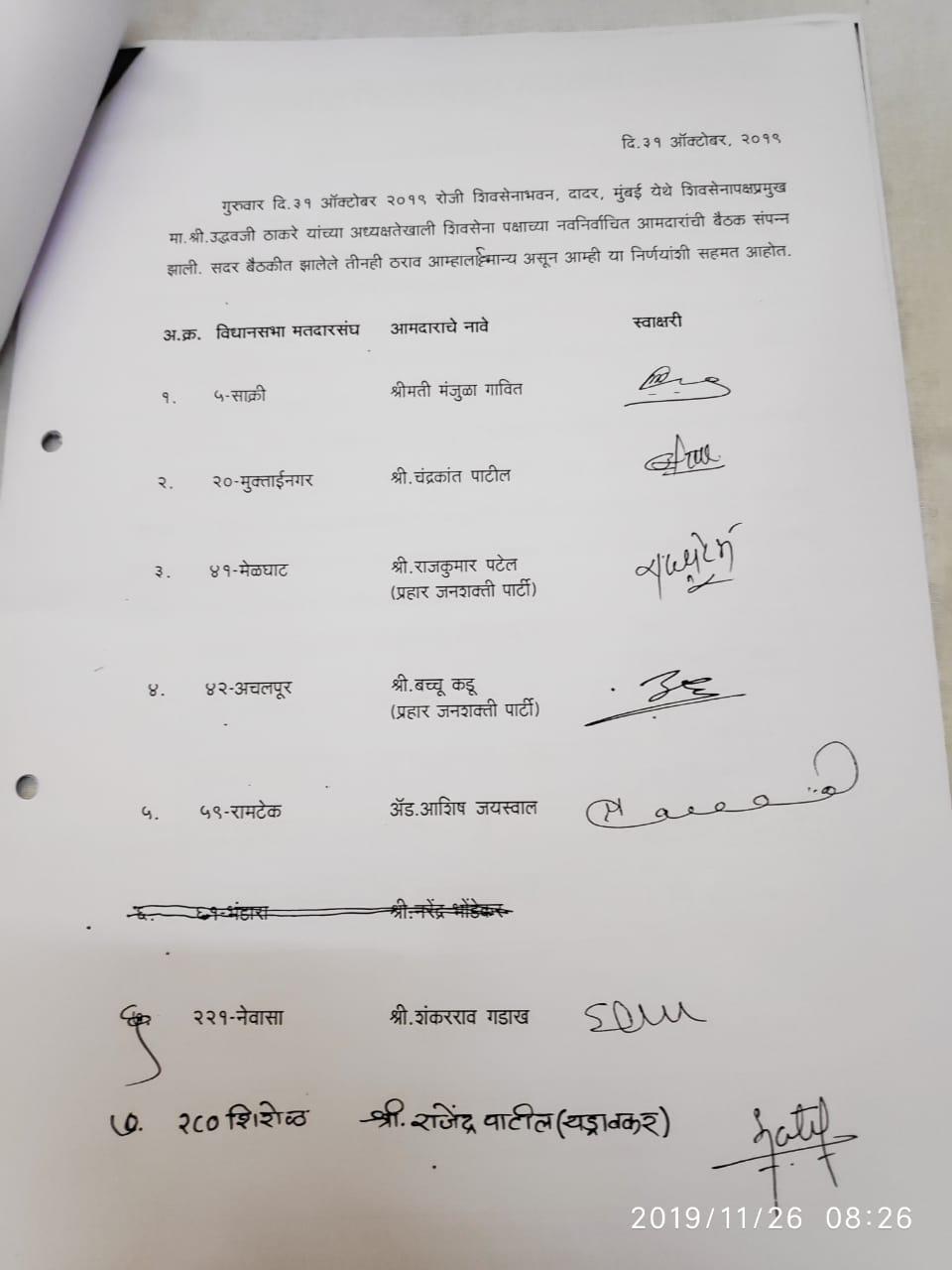 Later on Monday in a massive announcement, 162 MLAs of Shiv Sena, Congress and NCP took an oath of allegiance at the Grand Hyatt Hotel, stating that they 'will not succumb to BJP' and will remain with the Maha Vikas Aghadi. With banners proclaiming 'We are 162',  Raut had earlier invited the Governor to come and ascertain the number for himself. BJP has slammed the Congress, NCP and Shiv Sena for insulting all the MLAs and the voters of the state by making them take an oath in a private gathering.

In a dramatic turn of events, BJP's Devendra Fadnavis on Saturday morning, November 23, was sworn-in as the Chief Minister of Maharashtra and NCP's Ajit Pawar was sworn-in as Deputy CM. While Ajit Pawar claimed that he has the support of a few other NCP MLAs, all of them have sworn allegiance to NCP Supremo Sharad Pawar. Distancing his party from Ajit Pawar's decision, Sharad Pawar removed him as leader of the NCP Legislative Party and appointed Jayant Patil in his place.