Amid the stalemate between Punjab CM Charanjit Singh Channi and PCC chief Navjot Singh Sidhu, sources report that the CM is likely to visit Delhi on Friday. 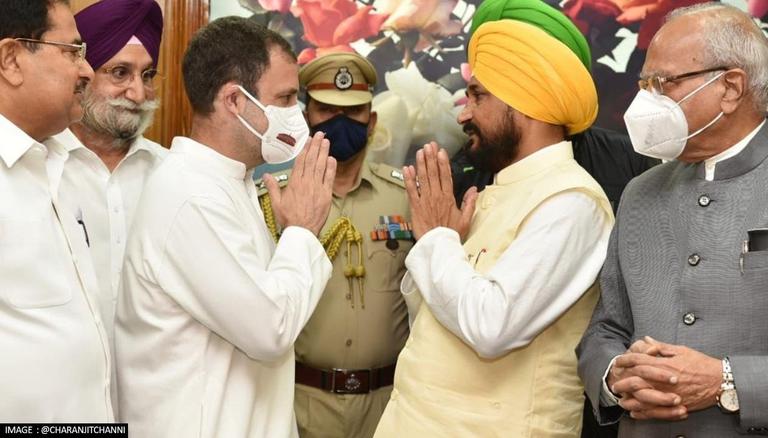 
Amid the stalemate between Punjab CM Charanjit Singh Channi and PCC chief Navjot Singh Sidhu, sources report that the CM is scheduled to visit Delhi on Friday. Channi will meet PM Modi at 3:45-4:15 PM as per sources, while he is set to meet Rahul and Sonia Gandhi at 6 PM. This is the first visit Channi will be making to Delhi after his cabinet expansion, which triggered the current Congress crisis in Punjab.

Channi has affirmed that he will decide on appointments of officers as he had to work with them, as per sources. Channi has reportedly told Sidhu that the new list of cabinet ministers including Rana Gurjeet Singh was finalised by the party High Command. Urging him to take up his issue regarding Rana Gurjeet Singh with the High Command, Channi has refused to relent regarding the appointment of Iqbal Preet Singh Sahota and Amar Preet Singh Deol as the DGP and AG respectively.

After being given an 'ultimatum' by Sidhu, the High Command has constituted a coordination panel comprising of the CM, Navjot Singh Sidhu and a representative of AICC (Harish Chaudhary) to take major decisions in Punjab. This decision was reached after an over two-hour meeting between Sidhu and Punjab CM Charanjit Singh Channi in Chandigarh, in a bid to retain Sidhu as the party's state unit chief. Sidhu is also miffed that all his aides in the Punjab cabinet have not resigned from their posts in retaliation to his 'resignation'.

On Tuesday, Navjot Singh Sidhu resigned as Punjab Congress chief claiming he cannot 'compromise on Punjab's future', throwing Punjab once again into disarray. Sources state that Sidhu was miffed at the induction of Rana Gurjeet Singh into the cabinet. He also complained that only Pargat Singh - among Sidhu loyalists - got a portfolio of his choice, being sidelined by High Command in Cabinet expansion and giving a plum post to Amarinder Singh loyalist - Brahm Mohindra. Sidhu had also opposed the appointment of Iqbal Preet Singh Sahota and Amar Preet Singh Deol as the DGP and AG respectively over the links to the 2015 sacrilege case, but Channi has affirmed that the two appointments will not be revoked. Sidhu has given an ultimatum to the party High command to resolve the issue.

READ | In Punjab crisis, Congress asks Channi to give in to Sidhu's demand; 'Change DGP & AG'

Meanwhile, ex-CM Capt Amarinder Singh held two meetings with Amit Shah and met national Security Advisor (NSA) Ajit Doval at his residence in Delhi to raise the Farmers' protest and security concerns in Punjab respectively. Later, he announced that he will be quitting Congress, but will not be joining any other party.  The 79-year-old Punjab CM resigned from his post after 4.5 years, accusing the Gandhis of humiliating him by siding with Sidhu.  Terming Sidhu an incompetent, anti-national, pro-Pak man, Singh said that he will oppose if Sidhu is picked as the next CM. Singh has been replaced by 58-year-old Dalit leader and Sidhu aide Charanjit Singh Channi, five months ahead of state polls in February 2022.