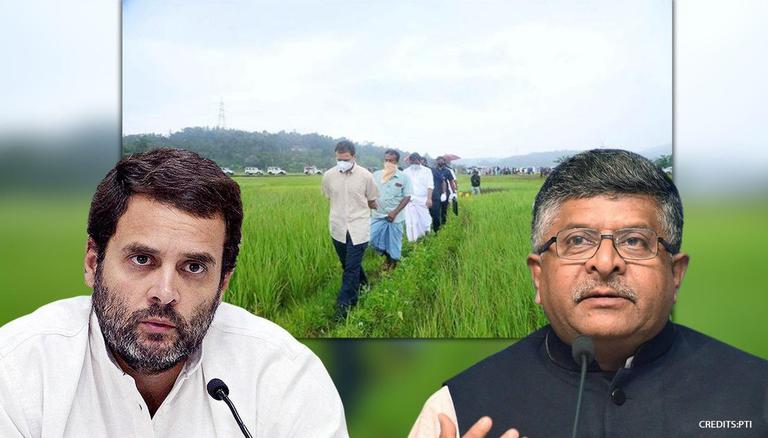 
On Monday, former Congress president Rahul Gandhi raised the issue of poor mobile internet connectivity in several parts of the Wayanad parliamentary constituency. In a letter addressed to Union Communications Minister Ravi Shankar Prasad, Gandhi mentioned that this had an adverse impact on communities residing in forest hamlets. Maintaining that access to the internet is a "basic human right", he called upon the Centre to augment the existing network infrastructure to help people.

The letter stated, "The lack of internet coverage forces people to travel long distances, often by foot to use mobile internet. This has affected access to vital services, including e-learning tools for students, internet-enabled public services and virtual marketplaces for farmers and small businesses. The glaring digital divide threatens to undo years of learning gains, especially for tribal students."

According to the Wayanad MP, this could lead to children dropping out of school at an early age which in turn can spur child marriage. He added, "The failure to bridge this gap will further exacerbate inequities in the education system and deny students from marginalised communities a fair chance to realise their potential". The network connectivity issue assumes a lot of significance amid the COVID-19 situation where online learning and work from home have become the norm. Meanwhile, actor Sonu Sood promised to send a team to Wayanad to get a mobile tower installed.

Recently, Rahul Gandhi had taken up the issue of the rehabilitation and resettlement of flood-affected tribal families in Wayanad. Writing to Kerala CM Pinarayi Vijayan on June 16, he pointed out that many tribal families continue to reside at temporary shelters nearly two years after the Kavalappara landslide. While acknowledging that a sum of Rs.2 lakh per beneficiary had been sanctioned in addition to the Rs.4 lakh allocated for the construction of new houses, he claimed the release of the additional funds had been stalled.

He attributed this to the stalemate between the Scheduled Tribes department and the Revenue Department. Demanding the new settlement be connected to public utilities, the Wayanad MP also highlighted that the flood-affected tribal families residing at Vaniyampuzha, Tharippappott and Kumbalaapara continue to languish in makeshift structures. Thus, Gandhi requested Vijayan's intervention to expedite all pending rehabilitation and resettlement projects in his constituency.