Soon after it emerged that Trinamool supremo and West Bengal CM Mamata Banerjee had not been invited to the inauguration of Phase I of East-West Metro corridor in her bastion Kolkata, BJP West Bengal President Dilip Ghosh stated that her party is paying for its past sins.

Ghosh cited an incident where once CM Buddhadeb Bhattacharya was not invited for several occasions during Mamata Banerjee's tenure as the Railway Minister at the Centre. "They should be the last to talk about courtesy," said Ghosh.

The BJP state President also said that BJP lawmakers were not invited in several administrative meetings in Bengal and questioned sarcastically if that was a sign of courtesy. The Phase I of East-West Metro corridor between Salt Lake Sector-V to Salt Lake Stadium will be inaugurated on Thursday. Union Ministers Piyush Goyal and Babul Supriyo have been invited for the inauguration ceremony and the metro line is scheduled to be flagged off at 5 pm. 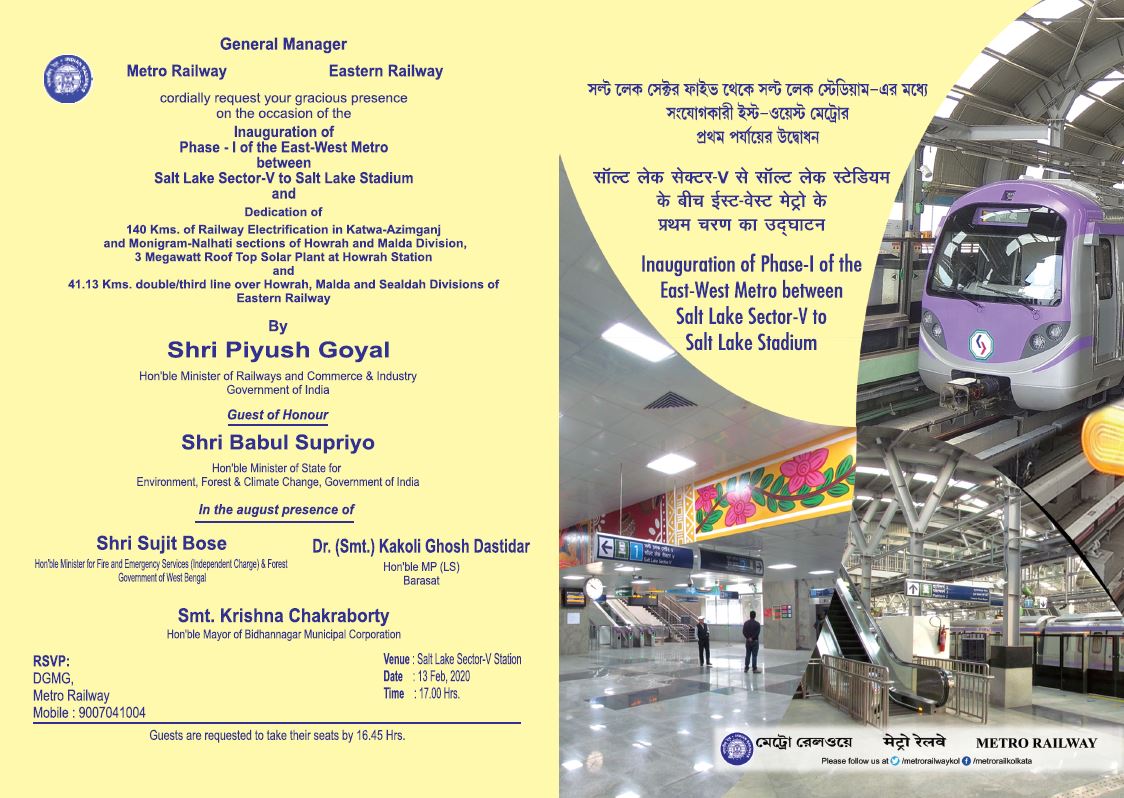 "The railways have invited local public representatives. Now it is up to them to decide whether they would attend the
inauguration," added Dilip Ghosh amid reports suggesting that TMC MP and MLA will boycott the function.

TMC MP and MLA to boycott the function

Fuming over the decision, West Bengal's ruling Trinamool Congress has decided to protest against the denial of invitation to Mamata with a senior party MP and an MLA deciding to boycott the function, sources said. Senior TMC MP Kakoli Ghosh Dastidar and MLA Sujit Bose have decided not to attend the programme, they said.

"The East-West Metro corridor project was the brainchild of Mamata Banerjee during her tenure as Railway minister from 2009-2011. It was she who had sanctioned the money in Railway budget. Now, when the project is being inaugurated she has not been invited. This is an insult to the people of Bengal," Dastidar told PTI.

Apart from Goyal and Supriyo, state minister for Fire and Emergency Services Sujit Bose and Lok Sabha MP Kakoli Ghosh Dastidar are expected to attend the programme. The development comes as Banerjee has been at loggerheads with the central government over several issues, including CAA and NRC. The TMC supremo has taken out marches and protests against CAA and NRC and said they will not be implemented in West Bengal.