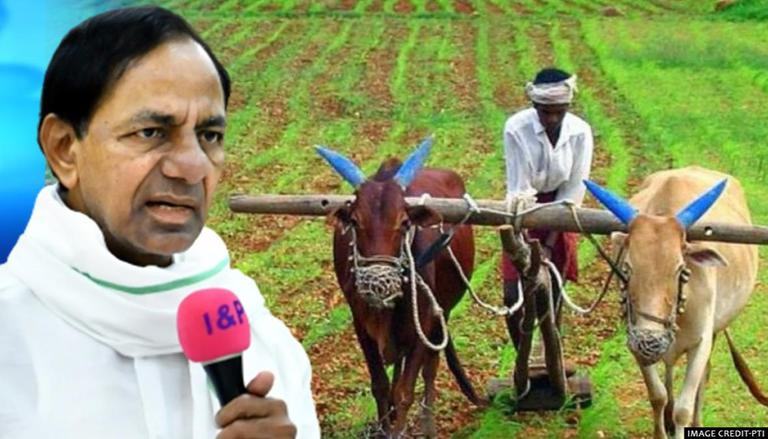 Telangana Chief Minister K Chandrasekhar Rao opposed the new agriculture reform bills cleared by the Lok Sabha saying that would do a lot of injustice to the farm sector in the country. He has announced that his Party, Telangana Rashtra Samithi (TRS), will oppose the Farm Bills in the Rajya Sabha due to be tabled on Sunday. The TRS has seven seats in the upper house.

Rao has directed the TRS Parliamentary Party leader Dr. K Keshava Rao to oppose the bills, saying that they would benefit the corporates and adversely impact the farmers. Taking to Twitter, the CM said these bills are nothing but a "sugar-coated pill" and should be opposed at all costs.

Raising objections to the bills that allow barrier-free inter- and intra-State farm trade, the CM asked is it possible for farmers to take their small produce to long-distance areas bearing the heavy transportation charges and sell it at a fair price?

"As on date, there is 50 per cent import duty on corn. The Central government has decided to reduce it by 15 per cent and wanted to import one crore tonnes of corn. Already 70 to 75 lakh tonnes of corn were purchased. For whose benefit 35 per cent of import duty was reduced? When the country is going through an economic crisis, how did they take such a decision? Corn is cultivated in a big way in the country. If we reduce the import duty on corn, what will happen to our own corn producers?" KCR further asked.

While the BJP-led National Democratic Alliance is yet to have a clear majority of its own in the 245-member Rajya Sabha, many regional parties have backed it for the last several sessions to ensure passage of various legislations proposed by the government.

BJP leaders expressed confidence that they will get the support of over 130 members, including those of AIADMK, YSR Congress, and BJD — all three of whom are not part of the ruling alliance, if a division of votes is sought on these bills. The BJP has the highest tally with 86 seats, followed by 40 of the Congress.

What are the farm bills?

The aforesaid bills were introduced by Union Agriculture Minister Narendra Singh Tomar to replace three ordinances promulgated on June 5. As per the Modi government, The Essential Commodities Act, 1955 is being amended to ensure that the farmers get a good price on many commodities. Items such as food grains, oil, dal, pulses, potato have been removed from the purview of this Act.

Meanwhile, The Farmers' Produce Trade and Commerce (Promotion and Facilitation) Bill, 2020 aims at freeing the farmers from the constraints of the state Agriculture Produce Market Committees (APMCs) whereby they would be able to sell their produce anywhere. On the other hand, The Farmers (Empowerment and Protection) Agreement of Price Assurance and Farm Services Bill, 2020 protects and empowers farmers to engage with processors, wholesalers, large retailers, exporters for farm services. Three main political parties in Punjab — Congress, AAP, and Shiromani Akali Dal have united against these bills.

BJP`s key ally Shiromani Akali Dal (SAD) leader and Union Minister Harsimrat Kaur Badal has quit the Modi government over the passage of the Farm Bills in the lower house.

READ | Modi Govt's Farm Sector Reforms: Congress Opposes Now But Had Such Plans When In Power