The first RTI states that the electric bill for the event was quoted at Rs 2.76 crores while the flower decoration, park expenditure was quoted at Rs 3 lakhs. The RTI also quotes the expenditure for former CM Devendra Fadnavis' 2014 oath ceremony at Rs 1.06 crores. Meanwhile, the second RTI quotes the same electric bill and flower decoration figures as the first RTI but has an additional expenditure under 'construction' of Rs 1.8 crores.

Here are the conflicting RTIs: 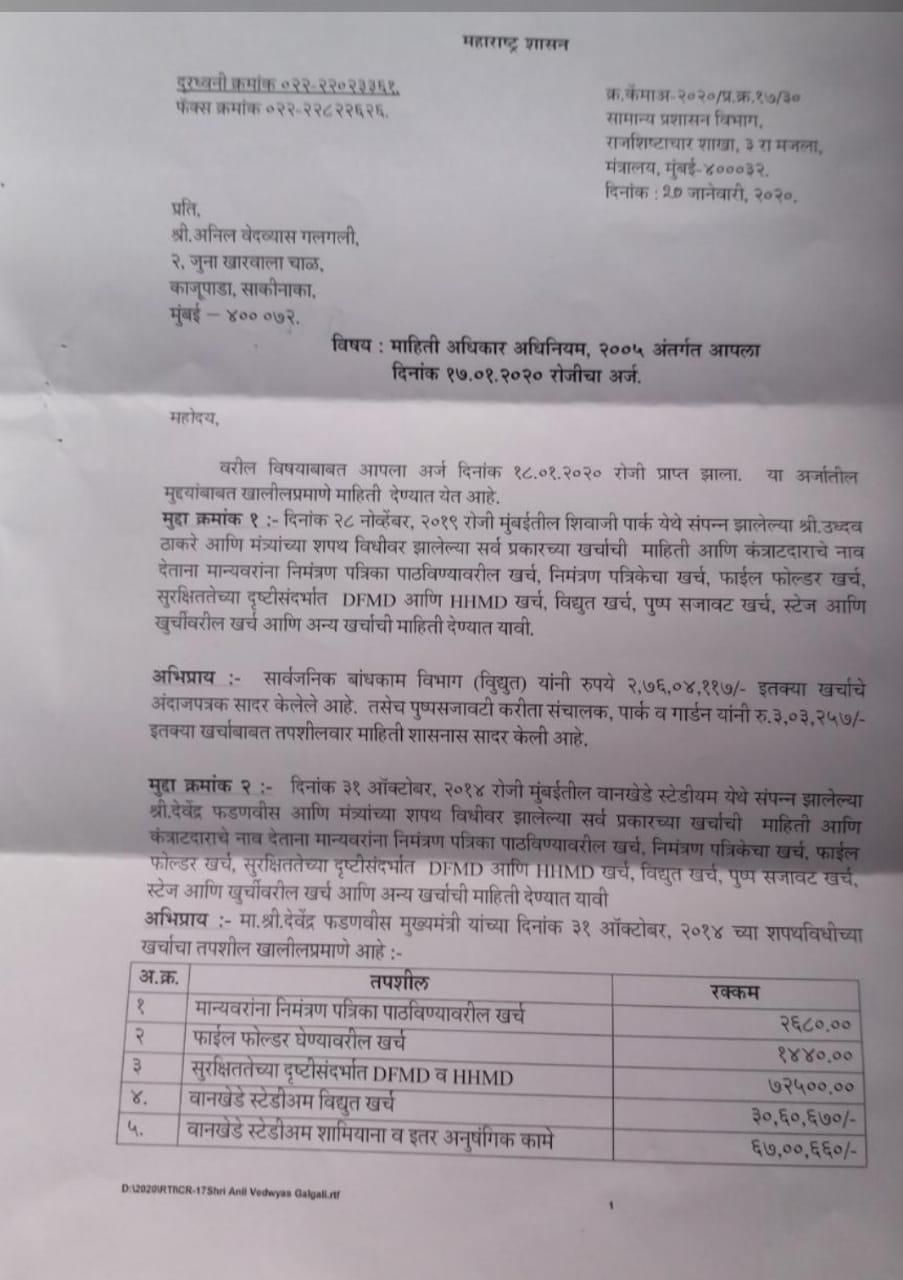 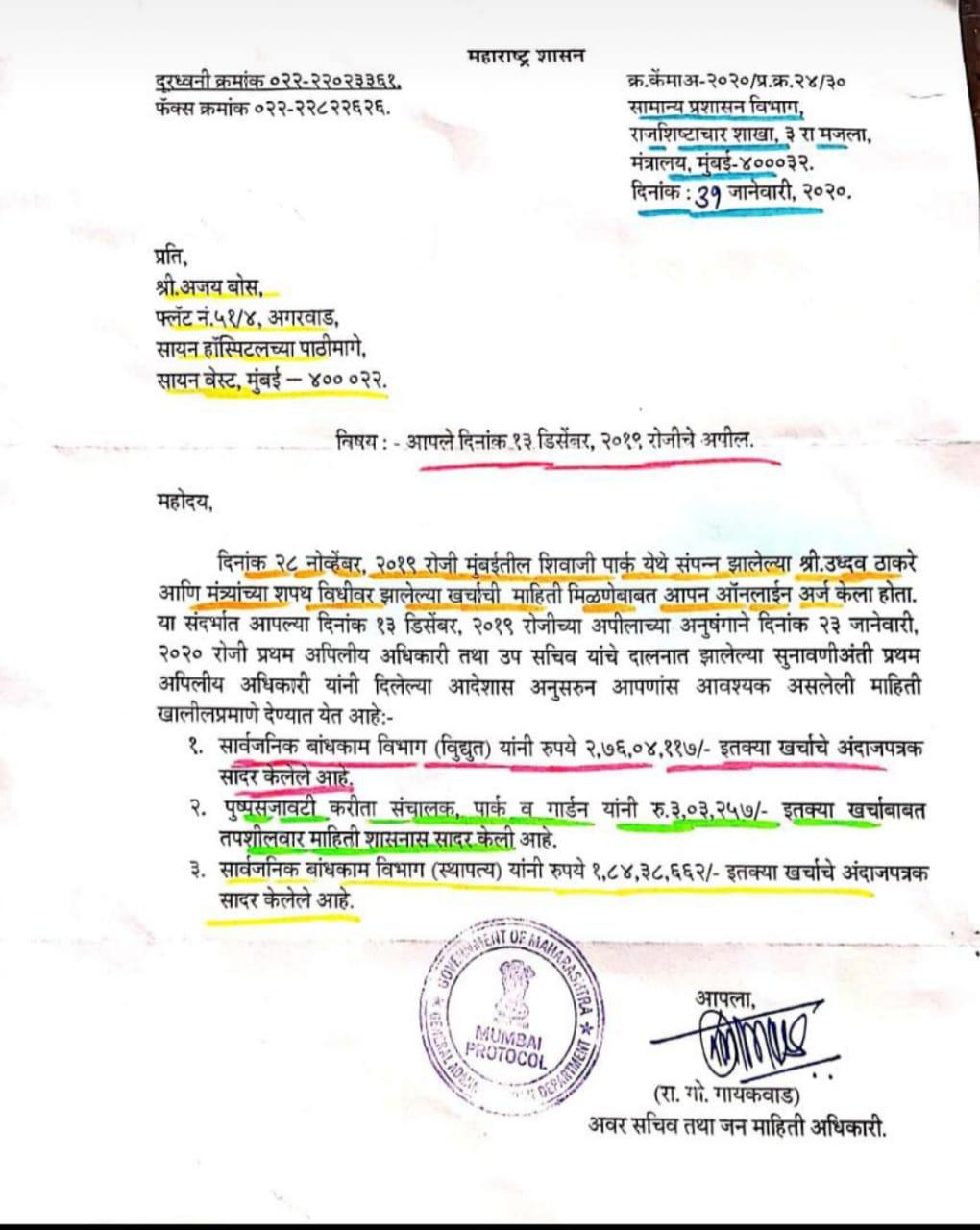 The Shiv Sena chief Uddhav Thackeray, who is the first member of the Thackeray clan to hold a Chief ministerial position took oath at 6:40 PM  on November 28 at Shivaji Park after being unanimously selected as the Maha Vikas Aghadi leader. All MLAs were sworn-in at a special session, including Devendra Fadnavis who stepped down as CM after Ajit Pawar rescinded his support to the BJP-led government. The two saffron allies had fallen out squabbling over CM post and portfolio split post-polls.

Fadnavis issues challenge to Aghadi, says 'won't back down until BJP forms government'

Leader of opposition Fadnavis, on Saturday at an event challenged the Maha Vikas Aghadi (MVA) government that he will not back down until BJP forms its government back in Maharashtra. Fadnavis said that many people asked him if he would be going to Delhi to play a role in the Centre to which Fadnavis responded that he wont rest until the Mahayti government comes back. He added, "I will struggle and get the alliance of BJP and Shiv Sangram back to power in Maharashtra".