Issuing stern warning against 'Tandav' makers, UP CM Yogi said his government will take strict action against those who insult Hindus for entertainment 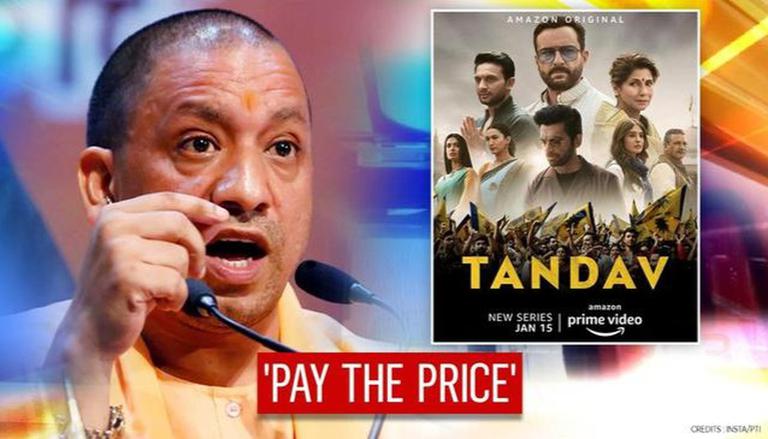 Issuing a stern warning against the makers of the controversial Amazon web series 'Tandav', Uttar Pradesh Chief Minister Yogi Adityanath said on Tuesday that his government will take strict action against filmmakers who insult the Hindu religion and hurt their sentiments in the name of entertainment.

Stating that he was anguished by the way Hindus were insulted in the show, CM Adityanath said his government is strict on those who insult Hindus for entertainment.

The political drama series 'Tandav', released on Amazon Prime Video last week, is facing strong criticism for allegedly depicting Hindu gods in a manner hurtful to the religious sentiments of people. An FIR has been lodged against the director Ali Abbas Zafar and writer Gaurav Solanki at Lucknow's Hazratganj police station.

Taking cognizance of complaints about the web series, the Ministry of Information and Broadcasting on Sunday sought an explanation from the Amazon Prime Video on the issue.

An aide of Uttar Pradesh Chief Minister Yogi Adityanath on Monday said the makers of 'Tandav' and Amazon's India content head will have to "pay a price for hurting religious sentiments" by depicting Hindu gods in an objectionable manner.

"UP Police has left for Mumbai. There are strong sections in the FIR, stay prepared for arrest, you will have to pay a price for hurting religious sentiments," Tripathi said in his tweet. Tagging the office of Maharashtra Chief Minister Uddhav Thakeray, he said, hopefully, you will not come to their rescue.

An FIR was lodged against producers, directors, and writers of Tandav at Hazratganj police station for the objectionable scenes in the web series. Police also filed a case against India head of Amazon Prime. A four-member police team left for Mumbai on Monday for a detailed probe into the matter, said  Deputy Commissioner of Police (Central) Somen Burma.

Meanwhile, the makers of Tandav released an official statement, apologizing for hurting the sentiments of people. Responding to the controversy on Monday evening, the cast and crew said, they had no intention to offend any individual, caste, community, race, religion, or religious beliefs or insult or outrage any institution, political party, or person.