Former Jayalalithaa aide Sasikala assured party workers that she will 'not let AIADMK fall' and promised to make a comeback soon. 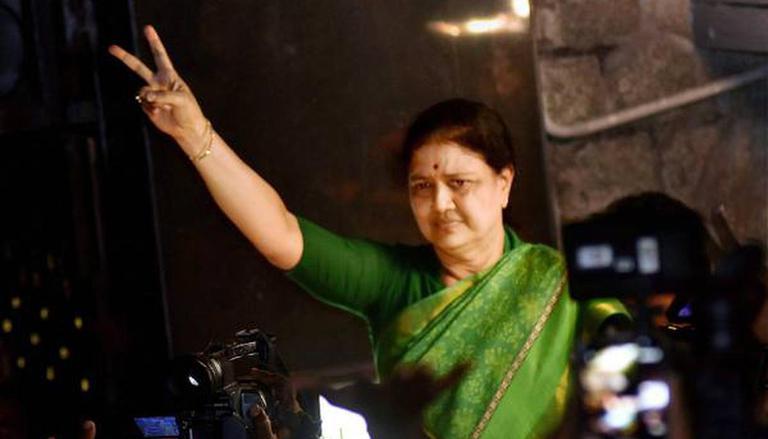 
Furthering her attempts to make a grand political comeback, ousted AIADMK leader V. K. Sasikala on Wednesday urged party cadres to work keeping in mind the principles laid down by AIADMK stalwarts - the late MG Ramachandran and J Jayalalithaa. The former Jayalalithaa-aide assured party workers that she will 'not let AIADMK fail' and promised to make a comeback soon. "I will not let the party fail. This is for sure," she said in the statement.

Chinamma's recent remark comes as she bolsters support to reclaim AIADMK's top post after her ouster in 2017. The expelled leader is on a roll to take over the reins of AIADMK which has met with a disappointing result in the TN Assembly elections held earlier this year.

In October, Sasikala had challenged the EPS-OPS duo by unveiling a commemorative plaque at founder MGR's house at T Nagar on the party's 50th foundation day. In the plaque, she referred to herself as the 'General Secretary'. Last week, Sasikala called on 'Superstar' Rajinikanth and his wife Latha at their Poes Garden residence in Chennai.

Even after 'quitting' politics, Sasikala has been actively and regularly engaging with AIADMK cadre and leaders in an attempt to gain support. Her actions have riled the EPS-OPS duo who have been threatening to expel all those who are in contact with her over 'anti-party activities.' However, nothing has stopped Sasikala from engaging with the cadre, vowing to take the party back to its 'golden days'.

READ | After AIADMK amends bylaws, Sasikala says party functioning at whims and fancies of a few

In February 2017, Sasikala was sentenced to four years imprisonment after the Supreme Court upheld her conviction by a special court in Bengaluru in a disproportionate assets case. This came at a time when she was being heavily probed for her alleged role in Tamil Nadu heavyweight Jayalalithaa's death. She was released from Bangalore's Parappana Agrahara Prison on January 27, 2021.

In March, a month after she was released, Sasikala left politics urging the AIADMK cadre to unite ahead of the TN polls and fight the DMK to 'continue Amma's AIADMK rule in Tamil Nadu for 100 years. However, after the DMK managed to trump AIADMK, denying it a 3rd consecutive term, rumour mills were set abuzz on whether Sasikala would finally return to politics to take the reins of the AIADMK post its election drubbing under EPS and OPS.