Oscar-winning author late Gene Deitch's iconic books list. Read more to know the information about the books written by the director of Tom and Jerry.

Late Gene Deitch was one of the remarkable authors. He is known for his popular Tom and Jerry cartoon series. He passed away on April 16, 2020. The author had written many books throughout his career. Take a look at a list of books written by late Gene Deitch.

The story of the book is inspired by a real-life incident. The book was published in 2013. Nudnik was one of late Gene Deitch's most personal and commercially successful creations in a long career of innovative and successful work. Nudnik was also a popular film series.

The Cat on a Hot Thin Groove

The book has received 4 out of 5 stars on Goodreads. The author was a big fan of jazz. Every jazz lover in the '40s was called a cat (as in cool cat), so Gene Deitch created a cartoon feature and titled it The Cat on a Hot Thin Groove

The Cat on a Hot Thin Groove by Gene Deitch is in stock now! Get jazzed: http://t.co/iVD8U5TXTW pic.twitter.com/e9RTZSwOOI

For the Love of Prague: The True Love Story of the Only Free American in Prague

The book is also a real-life love story. The names and incidents used in the book are also not fictionalised. The book has received 4.1 ratings out of 5 on Goodreads and AbeBooks.

A visit from a turtle

The book was published in 1974. The book has received 5 out of 5 ratings on Goodreads. The story of the book is about a young boy's adventure. 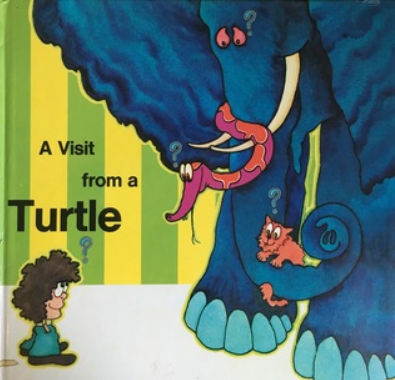 PEOPLE HAVE PLEDGED SO FAR
LATEST NEWS
View all
3 weeks ago
Pulitzer Prize 2020: Here's the full list of winners and finalists of the honour
1 week ago
Hunger Games prequel book 'The Ballad Of Songbirds and Snakes' promotion to be virtual
1 week ago
On Ruskin Bond's 86th birthday, author releases new book taking readers on an adventure
6 days ago
Bill Clinton & James Patterson team up again for new novel 'The President's Daughter'
5 days ago
JK Rowling makes stunning revelations about 'Harry Potter' series & its real 'birthplace'