Diwali 2021: Know All About The History And Significance Of The Festival Of Lights 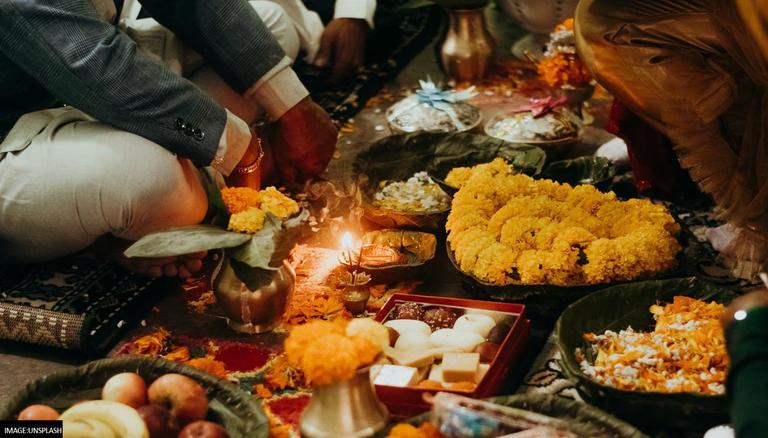 
Diwali 2021 is just around the corner and people across India are gearing up to celebrate the festival of lights with pomp and fervour. Also known as Deepavali, it is unarguably one of India's biggest festivals, celebrated over a span of 5 days. As per the Hindu lunar calendar, it comes on the 15th day of the month of Kartika. This year, the festival will be clocked on Thursday, November 4, 2021.

The festival is marked to celebrate the victory of Lord Rama over Ravana, and his return to his homeland Ayodhya with his brother Lakshman and wife Sita after 14 years in exile. Diwali symbolises the victory of light over darkness, good over evil, and knowledge over ignorance. On this day, people decorate their abode with flowers, diyas, coloured light and intricately made rangolis. On the day of Diwali, it is considered sacred to take a bath in the Ganges.

On this day, people also pray to Goddess Lakshmi, Lord Ganesha and others for wealth, fortune, and prosperity as well as for imparting intellect and wisdom. While the origins of Diwali differ from region to region, many also believe that it marks Goddess Lakshmi's wedding with Lord Vishnu. In other regions like Bengal, the occasion is dedicated to Goddess Kali. Many also shower adulation on the elephant-headed God, Lord Ganesh.

The first day of the festivities, Naraka Chaturdasi, marks the defeat of the demon Naraka at the hands of Lord Krishna and his wife Satyabhama. On the second day, Amavasya, devotees shower adulation on the Goddess Laxmi. The following days are named Kartika Shudda Padyami, Bhai Dooj and Dhanteras, respectively.

Moreover, it is also said to be the day when Goddess Lakshmi emerged from the ocean during Samudra Manthan (the churning of the sea) in the Satyuga. A report in Drik Panchang has revealed that according to Hindu Mythology on the day of Dev Diwali, the Hindu gods come down to the ghats of Kashi, Uttar Pradesh, from the heavens to celebrate Diwali with us mortals. It is further believed that on the day of Kartik Purnima, the first of the Gods celebrated Diwali at the ghats of Kashi.