Dr Angelique Coetzee, chair of South African Medical Association, who was the first to raise the alarm about the Omicron variant of COVID, spoke to Republic TV 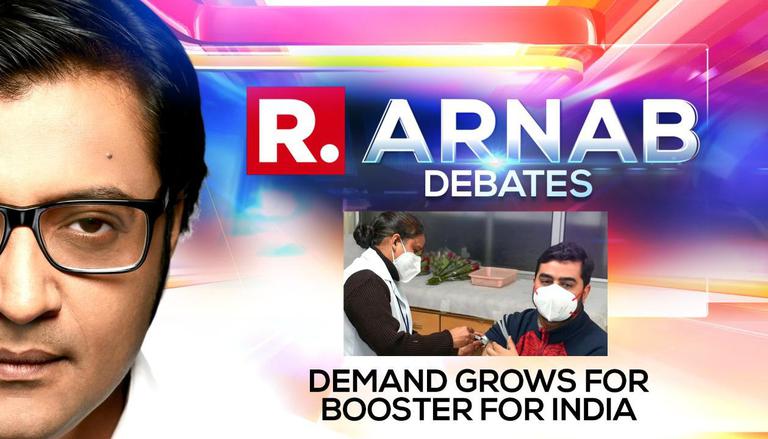 
The top medical official of South Africa who had first spotted the new COVID-19 variant- Omicron, said that those who were administered Johnson & Johnson and Pfizer vaccines need to take the booster jab at the earliest. Speaking exclusively to Republic Media Network's Editor-in-Chief Arnab Goswami on The Debate 3, South African Medical Association chairperson Dr Angelique Coetzee noted the Omicron variant is affecting those who are either unvaccinated or have co-morbidities.  While answering- "Who should get a booster shot? It's for people who have a lot of co-morbidities", Dr Angelique Coetzee said, "In South Africa, those who have contracted the new COVID variant are experiencing mild symptoms. Most of the people who are hospitalised are either unvaccinated or have co-morbidities. Almos 80-90% who are currently admitted in the ICU are unvaccinated."

"As South Africa has allowed the emergency authorisation of Pfizer and Johnson & Johnson vaccines, people who had their vaccines around in May to September should be checked for the new variant. They are the ones who are getting breakthrough infections," she added.

#IndiaNeedsBoosters | Who should get a booster shot? It's for people who have a lot of co-morbidities: Dr Angelique Coetzee, Doctor who spotted Omicron Variant speaks to Arnab

Johnson & Johnson should be a double dose vaccine: Coetzee

Further, Dr Angelique Coetzee noted that the efficacy of the vaccine diminishes within three months of the second dose and, therefore, the community who have taken the Pfizer doses must be scanned at the earliest. However, she added those who took the Pfizer vaccine are experiencing mild symptoms of the coronavirus. She underlined that those who cannot afford to get sick, who have a lot of co-morbidities, the elderly, and those who have taken the shots of Johnson & Johnson should be administered with the booster shots at the earliest.

"We have noticed that the health workers who got Johnson & Johnson vaccine in February and March, got breakthrough infections in July. Since August this year, we have started lobbying to get booster doses for the health workers," she said.  Further, the South African Medical Association chairperson highlighted that the Johnson & Johnson-- which is a single dose COVID vaccine-- should be a two doses vaccine. She informed that the health experts have already informed the South African government about the booster shots, however, she noted the execution would only be possible in January next year.

Know more about the Omicron variant

With the detection of the new COVID-19 virus in South Africa, the World Health Organisation (WHO) was quick to announce that "Omicron" is a matter of grave concern. The announcement prompted several countries to either restrict international travel or tighten their grip by formulating the popular "TTT" strategy-- Tracing, Testing and Treatment. Despite the regular updates from the global health agencies, the situation is not clear whether the new variant is more lethal than earlier variants or whether the vaccine affects the Omicron variant or not? The scientists said it need at least three to four more weeks to figure out the exact data of severity. Notably, despite the footprints of the Omicron variant having reached several countries including India, only UK has reported one death on December 14. While speaking about the booster dose, the global health agency noted some of the vaccines, particularly "Pfizer" needs a booster jab to neutralise the new COVID variant.