Russia has started working on a Venus mission that is scheduled for launch in 2034 to deliver soil and atmospheric samples from the planet. 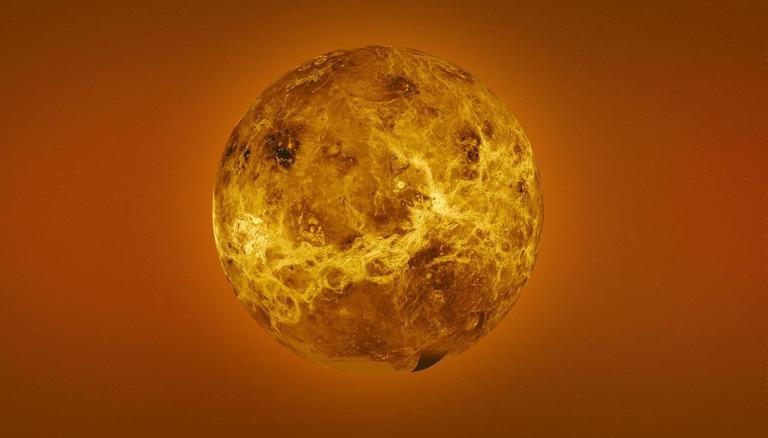 
Russia has started working on a mission that would deliver soil samples from Venus early in the next decade. According to a report by the TASS news agency, this revelation was made in an article by the Moscow-based M. V. Keldysh Research Center's CEO Vladimir Koshlakov. He reportedly revealed that the Venus mission will be launched in 2034 and that the Keldysh Center, in collaboration with the Lavochkin Research Association, has begun discussing the composition and main characteristics of a solid-propellant module that will take off from Venus.

This spacecraft will be used to collect the soil samples from Venus along with the planet's atmosphere and aerosols samples and deliver them to Earth. Notably, Russia is also working on another Venus mission, which is named Venera-D and is targeted for launch in 2029. This is the same mission that the Russian space agency, Roscosmos was jointly working on with the US space agency, NASA. However, NASA was ousted by Roscosmos from the project as a retaliation against the sanctions imposed on Russia by the western nations for the invasion of Ukraine.

Since NASA is no longer a participant, the mission probe is likely to encounter delays and launch in 2031. As for the second Venus mission, Russia aims to send a spacecraft to Venus which would include an orbiter and a landing module. The Russians will deploy them for a comprehensive study of the planet's atmosphere, surface, internal structure and surrounding plasma.

Ever since the west started imposing sanctions on Russia, multiple missions relating to the Moon, Mars and Venus planned in collaboration with Roscosmos have been suspended. Recently, the European Space Agency (ESA) announced to halt the ExoMars mission, which was scheduled for September this year. In addition to this, Europe also cancelled a series of Moon missions. These included the Luna 25, 26 and 27, and the first of the triad was scheduled for launch in July this year.

However, Roscosmos Director-General recently revealed that he has begun negotiations with ESA over the ExoMars mission and expects a reply from Europe by the end of this month.