‘US Will Return To Russia With Request’: Dmitry Rogozin After Halting Rocket Engine Supply

US will "return to Russia with a request for new engine deliveries" since they do not have enough to launch their spacecraft, predicted Dmitry Rogozin. 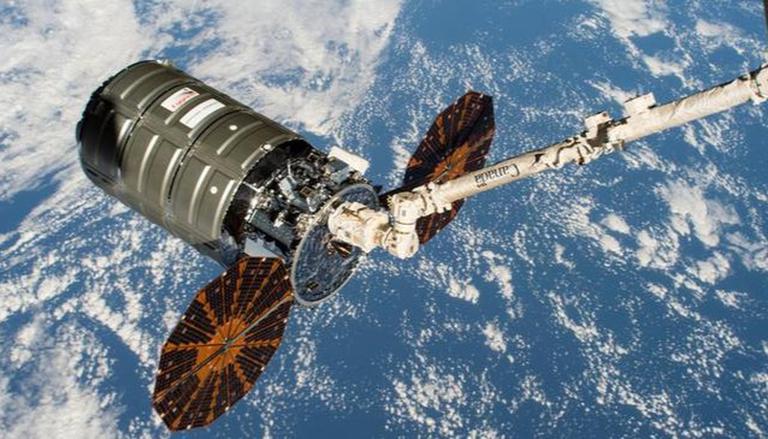 
Dmitry Rogozin, chief of Russian space agency Roscosmos, has predicted that the US will "return to Russia with a request for new engine deliveries" since they do not have enough to launch their spacecraft. Earlier in March, Russia announced to suspend the shipment of its RD-180 and RD-181 engines in response to the US sanctions imposed on it. Rogozin had also revealed that Roscosmos would no longer offer servicing of the engines that have been already delivered to the US space agency NASA.

US can only launch two more spacecraft with remaining engines: Rogozin

In one of his Telegram posts, Rogozin said that NASA only has four RD-181 engines left, which would allow for the launch of only two Cygnus spacecraft. Cygnus, which is developed by Northrop Grumman, is the second cargo vehicle that NASA uses apart from SpaceX's Dragon capsule, to send supplies to the International Space Station. Cygnus is launched using Northrop Grumman's Antares rocket which is powered by a pair of RD-181 engines.

According to Russian news agency TASS, the Roscosmos press office stated that the US soon needs to adapt the Cygnus spacecraft for a new launch vehicle or it will return to Russia requesting resupply of the engines. Roscosmos has, however, warned that this would take several years, leaving the Russian assets as the only option. Earlier in a telegram post, Rogozin underscored a "setback" encountered by the Cygnus spacecraft earlier this week.

.@NASA and @NorthropGrumman controllers are reviewing data after the #Cygnus reboost test was aborted today after five seconds. Next steps are being planned. More... https://t.co/fuzzgn9nE3 pic.twitter.com/8tHzhJ0Dxl

On June 20, NASA attempted to manoeuvre the space station using the Cygnus-17 spacecraft docked outside the orbital outpost. However, the plan to change the space station's orbital path using Cygnus' failed due to unknown reasons, which makes the Russian capsules the only viable option for the job. The space station needs orbital reboost occasionally to avoid approaching debris and most importantly, to stay in Earth's orbit and not crash into oceans or any continent. While the ISS does have its own propulsion system, it is not enough for major manoeuvres.