During his interview with the Entertainment Weekly, Magic Johnson stated that the Kobe Bryant documentary was 'definitely' happening and could be out soon. 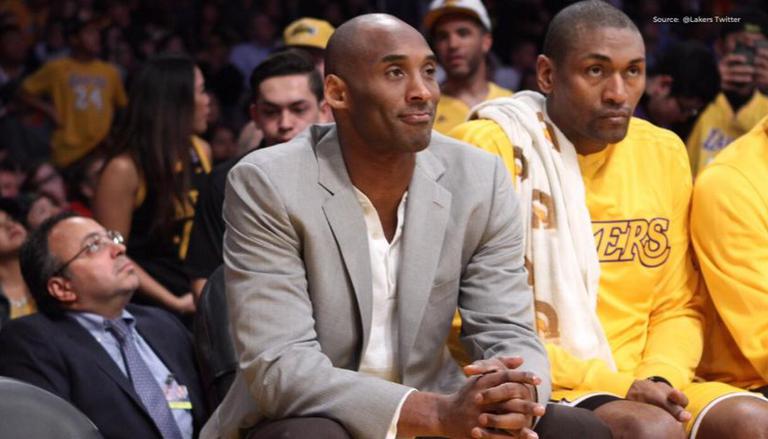 As a result of Michael Jordan's documentary The Last Dance being released, NBA fans have been asking about a Kobe Bryant documentary. While recently talking to Entertainment Weekly, Magic Johnson confirmed that a documentary about the late Los Angeles Lakers legend is 'going to happen'. Kobe Bryant, his daughter Gianna and seven others lost their lives during a helicopter crash in January.

During the interview, Magic Johnson stated that the Kobe Bryant documentary was 'definitely' happening. He added that Bryant was 'smart enough' to have a camera follow him, which documented his every move. As per Johnson, fans will see many behind-the-scenes clips on Bryant as he has probably let everyone 'into his world with his family'.

It was also revealed that a Magic Johnson documentary will also being made. He stated that first, everyone got Michael Jordan's The Last Dance and now they will get Kobe Bryant's documentary. He added that now the 'Magic Mac' will come out next after Bryant's and he wanted to be the first one to announce it.

Kobe Bryant documentary: Bryant was having his last season filmed

A few days after The Last Dance was released, reports stated that NBA Entertainment was given 'unparalleled access' to film in locker rooms, training facilities and the team's charter plane during Bryant's last year with the Lakers. As per reports, he has six camera crews following him and all of them were present during his 60-point closing game in 2016. While talking to ESPN, former Lakers public relations vice-president John Black stated that the crew had probably received more access than anyone else.

They were allowed to do anything that the league would allow and were at times even allowed more. As per ESPN, the content is currently being edited and would take years to release. Reports suggest that those plans are 'unlikely' to have changed after Bryant's untimely death. Kobe Bryant had also reportedly evaluated the footage before his death.

Towards the end, Bryant wanted his own crew to film him.