Phil Jackson, who is an 11-time NBA champion as a coach, opened up on the key differences between his former players - Michael Jordan and Kobe Bryant. 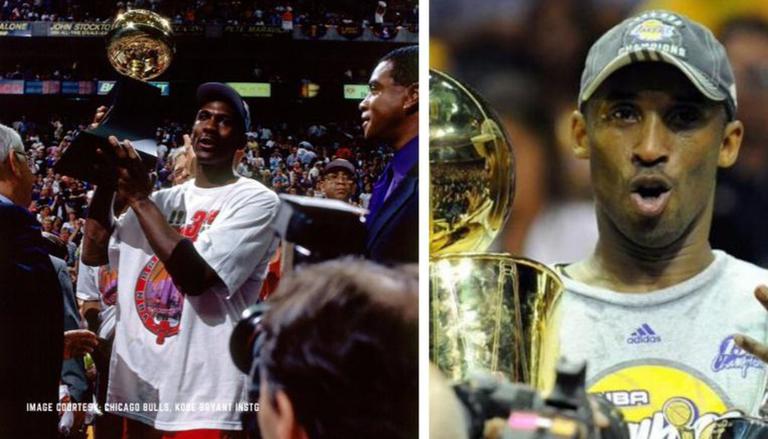 Michael Jordan and Kobe Bryant shared a fleeting rivalry on the basketball court but enjoyed great reverence for each other off it. Jordan was in the twilight of his career when a young Kobe Bryant emerged as one of the hottest prospects in the NBA back in 1996. Over time, Michael Jordan realised that Kobe Bryant was a truly special talent and made a decision to guide the youngster in the NBA. The duo quickly developed a strong bond between them as Jordan later revealed that he saw Kobe as his 'younger brother'. Former Chicago Bulls coach Phil Jackson, who coached both the NBA legends over the course of his distinguished career in the NBA, recently spoke about the difference in playing styles between Jordan and Bryant.

As per Basketball Network, Phil Jackson carefully documented the key differences between Michael Jordan and Kobe Bryant with respect to skill, leadership, efficiency and physical prowess. One of the major differences between the two was their age at their prime. Michael was 27 when a 21-year old Kobe Bryant entered the NBA world. At that age, Jordan had already familiarised himself with the nuances of the game and just needed a little tweak here and there to enhance his game which is exactly how Phil Jackson coached him. However, Kobe Bryant came into the league with zero experience and hence required a lot more coaching as compared to Jordan.

Phil Jackson, who joined the Los Angeles Lakers after ending his tenure with the Bulls in 1998, led Kobe Bryant and the franchise to three successive NBA titles between 2000-2002. While talking about Michael Jordan’s extraordinary leadership abilities, Phil Jackson wrote, “Michael was masterful in controlling the emotional climate of the team with the power of his presence. Kobe had a lot to go to make that claim. He talked a good game, but he’d yet to experience the cold truth of leadership in his bones, as Michael had.”

An ill Michael Jordan had one of his greatest performances.