VAL vs FEN Dream11 prediction: Valencia Basket will be squaring off against Fenerbahce Beko Istanbul in a Euro League 2019-20 basketball at La Fonteta.

Valencia Basket will be squaring off against Fenerbahce Beko Istanbul in a Euro League 2019-20 basketball game. Both the teams will face each other at the La Fonteta on Friday night (Saturday, February 29 at 1:30 AM IST). You can play the VAL vs FEN live game on the fantasy gaming app – Dream11. Here is the VAL vs FEN Dream11 prediction, VAN vs DEL Dream11 team, VAN vs FEL match prediction and all details regarding the game.

Valencia Basket and Fenerbahce Beko Istanbul have faced each other in the tournament earlier as well and it was Valencia Basket, who emerged victorious against Fenerbahce. Valencia Basket is coming to game on the back off a loss against Maccabi FOX Tel Aviv in their previous fixture. They have now won two of their last four games.

Bojan Dubljevic leads the team in scoring with 11.7 points per game. Dubljevic also leads the charts in terms of rebounding with 6.5 rebounds per game. Quim Colom is the team's best passer with 3.1 assists per game.

Fenerbahce Beko Istanbul is coming into the match after losing their previous game against Real Madrid. They have registered 11 wins and 14 losses in the season. The best players in their team are Nando de Colo who is the leading scorer with 17.9 points per game. Derrick Williams leads the chart in terms of rebounding with 4 rebounds per game while Koustas Sloukas is their best passer for the team with 6.8 assists per game. They are currently on a two-game losing streak and would like to overcome it in their VAL vs FEN live game.

VAL vs FEN Dream11 prediction: Injuries prior to the VAL vs FEN live game

The team is currently carrying on injuries 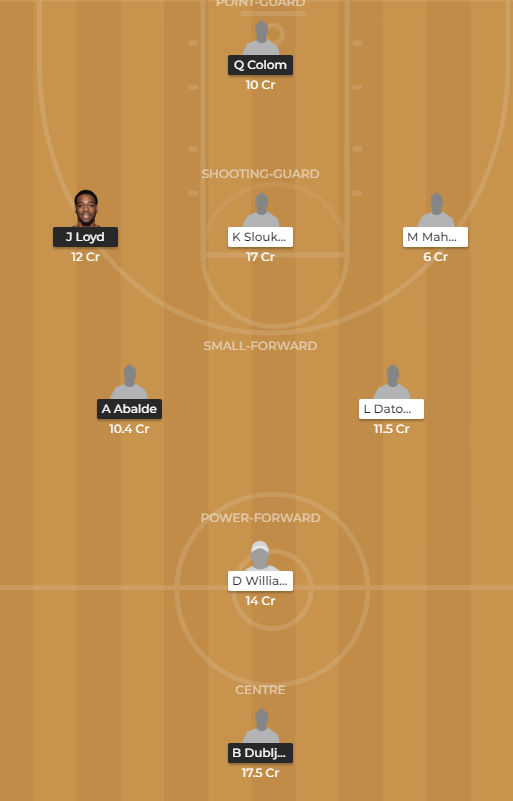 Valencia Basket are the favourites to win the tie as per our VAL vs FEN match prediction.