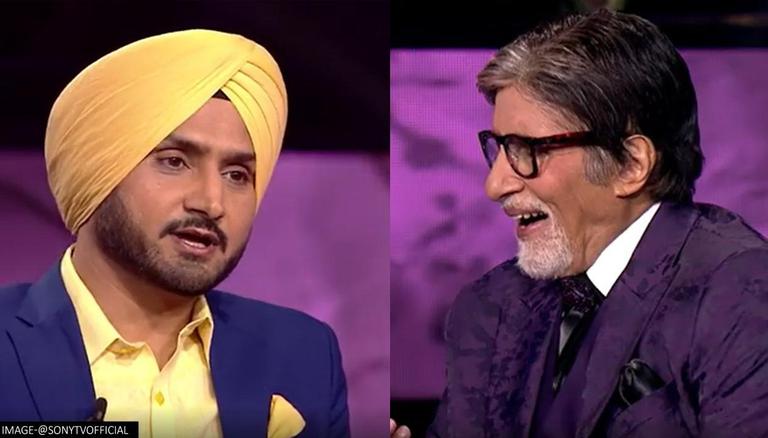 
Sony Entertainment Television took to their official Instagram handle and posted the promo of Friday’s episode of the Kaun Banega Crorepati (KBC) 13, which will see the appearances of celebrity guests Irfan Pathan and Harbhajan Singh. The legendary actor can be seen questioning the duo about who they feared the most during their time playing for the Indian cricket team. Answering the question, Irfan Pathan said he feared Harbhajan, while the former off-spinner mentioned he used to be scared of the legendary Indian batter Sachin Tendulkar.

Explaining the same in the promo, Harbhajan Singh recalled an incident that took place in 1998, during a net session with Sachin. The former off-spinner said Tendulkar would make a head gesture every time he played a ball, and after ignoring the gesture the first time, the young Harbhajan went up to Sachin to ask if he had something to say. Sachin denies calling him and Harbhajan goes back to bowl again. However, after the legendary batter makes the gesture another time, Harbhajan decided to remain on the ‘backfoot’ with Sachin. The former off-spinner further reveals that he later came to know about Sachin’s habit of adjusting his helmet with the head nod, which leaves Amitabh Bachchan in splits.

In a separate promo of the show posted by Sony TV, Harbhajan And Irfan can be seen dancing with the hosts. The trio performs under a famous track by Daler Mehndi, Bolo Tara Rara, which receives acknowledgment from the audience members. Another highlight of the promo was Irfan requesting Big B to play a round of cricket with him. Pathan then turns into a commentator while Harbhajan takes the ball in his hand and Bachchan gears up to bat. Amitabh then hits Harbhajan for straight boundaries, as the entire audience erupts along with the cricketers.

Irfan Pathan and Harbhajan Singh played many memorable matches together for the Indian cricket team. They were the key member of the Sourav Ganguly-led Indian team with greats like VVS Laxman, Rahul Dravid, and Sachin, alongside talented players like Virender Sehwag and Yuvraj Singh. Meanwhile, having retired from cricket, Irfan Pathan can be seen commentating in cricket matches, while Harbhajan is a member of the Kolkata Knight Riders (KKR) team in the Indian Premier League (IPL).

READ | Harbhajan Singh names player who will be 'India's No. 1 bowler' in future