Azeem Rafiq revealed that former England opener Alex Hales has named his dog 'Kevin' based on a racial slur that was used for people of select colour. 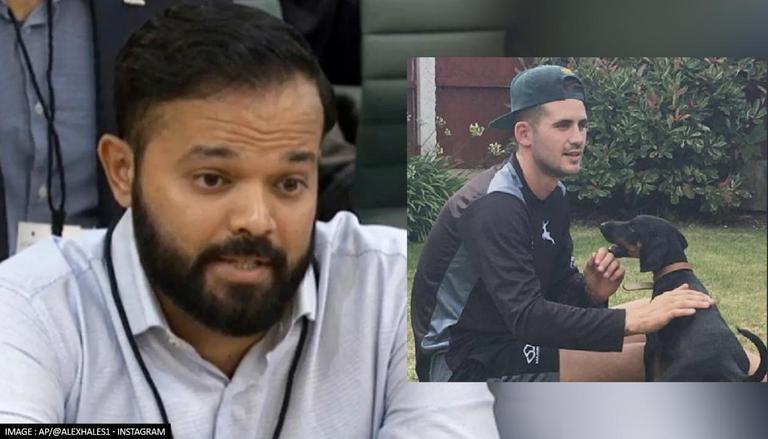 
Former Yorkshire cricketer Azeem Rafiq who had earlier made allegations of facing racism and bullying while playing for Yorkshire has further opened up about some of the incidents that happened during his time playing club cricket in England. Speaking to the Digital Culture, Media and Sport (DCMS) committee hearing in the parliament, the former off-spinner revealed that former England opener Alex Hales has named his dog "Kevin" because it was a black one.

He further went on to add that "Kevin" was a nickname used by the then Yorkshire skipper Gary Ballance all the time for people of select colour. "Gary and Alex Hales got very close to each other playing for England but I understand Alex went on to name his dog Kevin because it was black. It is disgusting how much of a joke it became."

Azeem Rafiq also said that he felt isolated and humiliated by Gary Ballance and his conduct "Gary's conduct was so disgusting... I felt isolated, humiliated at times. On tours, Gary Ballance walked over and said: 'Why are you talking to him?' Going past a corner shop, I was asked if my uncle owned it. Kevin was something Gary [Ballance] used for people of colour in a derogatory manner. All the time"

The former Yorkshire off-spinner said that he found Root's statement ‘hurtful’ and ‘strange’ wherein the English captain condemned such happenings and said such should be 'intolerable' but went on to deny having heard any racist slurs.

Rafiq said "To be clear, Root is a good man. He’s never engaged in the racist language. [However] I found [his statement] hurtful, because Rooty was not only Gary’s housemate but, before he started playing for England, he was involved in a lot of those socialising nights out where I’d been called a p***. He might not remember it, but it just shows how normal it was in that environment in that institution that a man like him doesn’t see it for what it is. It was strange, but it’s the environment and the institution that made it such a norm that people don’t remember it. And it’s not going to affect Joe, it’s something I remember every day. But I don’t expect Joe to.’

Rafiq also spoke about a few other incidents in greater detail, revealing racist insults against him and a few other players.