Bancroft, the Australian caught on TV cameras using sandpaper, has suggested that bowlers in the camp were aware of the plan to tamper bowl in South Africa 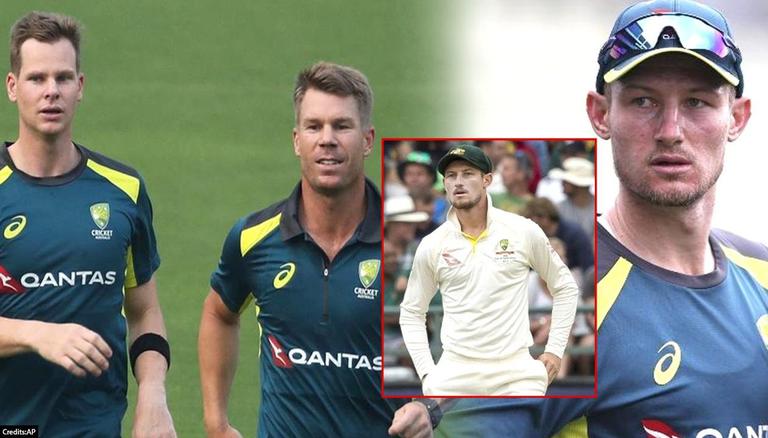 
Three years after Australia's infamous ball-tampering incident in Cape Town, the scandal has once again exploded with Cameron Bancroft making startling revelations about the event that shocked Cricket Australia and the globe to the core. Bancroft, the Australian caught on TV cameras while using sandpaper on the ball during the second innings of the game, has suggested that bowlers in the camp were aware of the proceedings. Since the scandal broke out, Cricket Australia claimed to have conducted thorough investigations into the matter, leading to the levelling of unprecedented sanctions upon the players involved, including then-captain Steven Smith, who was stripped of the captaincy.

Issuing a statement on the matter, the cricket board had claimed that it had persecuted all those involved directly in exploiting the spirit of the game. In fact, the then-head coach, Darren Lehmann, who was a part of the leadership group of the squad, had also resigned from his post despite claiming that he was unaware of the plan to tamper with the ball. However, three years after the scandal and its subsequent investigation, one of the accused - Cameron Bancroft - has come forth to hint that the probe might have not been complete and that some of the players possibly escaped the hunt.

In an interview with The Guardian, when asked if players, other than those sanctioned, were aware of the plan, Bancroft said, "Yeah, look, all I wanted to do was to be responsible and accountable for my own actions and part. Yeah, obviously what I did benefits bowlers and the awareness around that, probably, is self-explanatory. I guess one thing I learnt through the journey and being responsible is that’s where the buck stops [with Bancroft himself]. Had I had better awareness I would have made a much better decision.”

When asked again, for a much clearer answer whether the bowlers knew, Bancroft answered after a long pause, "Uh … yeah, look, I think, yeah, I think it’s pretty probably self-explanatory.”

The Australian bowling squad of the scandalous match in Cape Town comprised of some big names. The pace battery included Mitchell Starc, Josh Hazlewood, Pat Cummins, and Mitchell Marsh whereas the spin attack was led by Nathan Lyon. Bancroft's admission raises a much wider question to be posed before Cricket Australia. Were all players in the knowledge of what happened? Did the gang, which planned the notorious event, include current Test skipper Time Paine?

It is pertinent to know that the CA chief in 2019, Kevin Robert had clearly asserted that the board is open to probe the matter again if there are any 'unresolved issues' pending. "We’re really serious about addressing any unresolved issues and we’re sincere in the way we’re going about that. So if there are any reports or allegations as opposed to innuendo, then we will investigate that thoroughly," Roberts had told Australian media.

However, with Roberts gone, the burden now lies with Nick Hockley. Cricket Australia is yet to acknowledge the comments by Bancroft and issue a formal investigation. In a statement to Fox Cricket on Saturday night, a Cricket Australia spokesperson said the investigation has the potential to be re-opened with new information.

“CA has maintained all along that if anyone is in possession of new information in regards to the Cape Town Test of 2018 they should come forward and present it,” Fox Cricket quoted the CA spokesperson.

In March 2018, Australia's Cameron Bancroft was caught on television cameras trying to rough up one side of the ball with a piece of sandpaper in a bid to make the ball swing during the third Test against South Africa. Then-skipper Steve Smith was found to be involved in the plan alongside his deputy David Warner. Following an enquiry, Warner and Smith were sacked from the positions and faced unprecedented sanctions by Cricket Australia. While Tim Paine was handed the captaincy of the Test team, Aaron Finch was chosen to lead Australia in white-ball cricket.

READ | Will Sourav Ganguly bring the 90s Australia vs Australia A concept to India? Fans excited
First Published: 15th May, 2021 16:28 IST
SUBSCRIBE TO US