Cricket Fans Excited As Steve Smith And Cheteshwar Pujara Set To Play Together; Here's How

Former Australia Test captain Steve Smith has signed a short-term deal with Sussex Cricket, which will see him play three County games in the month of May. 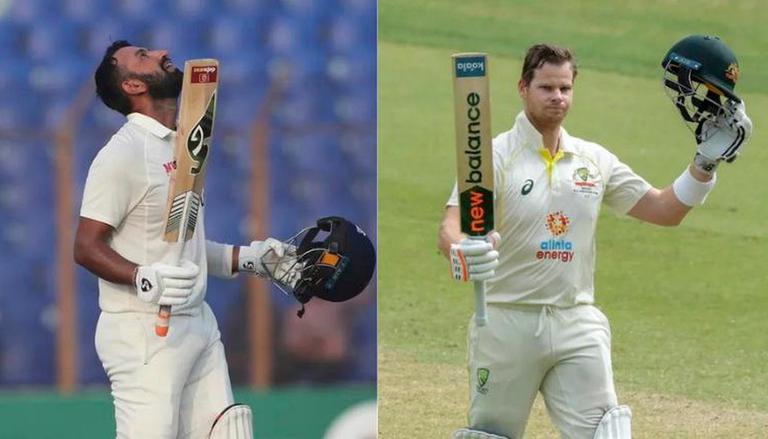 
County Championship team Sussex announced that former Australia skipper Steve Smith has penned down a short-term deal with the team. Under the deal, the star cricketer will represent Sussex in three games during the County Championship 2023 season. It is pertinent to mention that Indian Test cricketer Cheteshwar Pujara is also signed with Sussex cricket and has had a successful 2022 season with the team.

On noticing the development, cricket fans took to social media and put out their thoughts on watching the two Test greats playing together for the same team. Reacting to the news, a Twitter user wrote, “Will there be chance of playing both players together?”. At the same time, another user said, “If they do play together, not sure if any opposition will be able to get Sussex to all out in any innings!”.

Steve Smith & Cheteshwar Pujara to play together at The 1st Central County Ground?

Announcing the development on Thursday, Sussex Cricket put out a statement and said, “Sussex Cricket is delighted to announce the signing of ICC world number two Test batter, Steve Smith, on a short-term deal that will see him play three games for Sussex in the LV= Insurance County Championship. Smith will be available for selection for Sussex for the trips to Worcestershire (Thursday 4th May) and Leicestershire (Thursday 11th May), as well as a home game at The 1st Central County Ground on Thursday 18th May, against his Australian teammate Marnus Labuschagne’s Glamorgan”.

At the same time, Smith reacted to his deal with Sussex and said, “I am excited about joining Sussex for a few games in May and hopefully making a contribution to a successful season. I am particularly looking forward to working with the younger players in the squad and hoping I can provide some guidance to them”.

It should also be noted, Sussex mentioned in their announcement that Pujara and Smith will be playing together at The 1st Central County Ground this year. Pujara played a total of eight County games for Sussex last year and finished as the top run-scorer for the team. Besides serving as the captain in several games, he scored 1094 runs in eight games, at an average of 109.40 and a strike rate of 60.10 with the help of five centuries.