Falco will face Hawks in the 33rd match of the ECS T10 Barcelona on Thursday, February 18. Here's a look at FAL vs HAW Dream11 prediction.

Falco will face Hawks in the 33rd match of the ECS T10 Barcelona on Thursday, February 18 at 9:00 PM IST. The match will be played at the Lluís Companys Olympic Stadium in Barcelona, Spain. Here's a look at our FAL vs HAW Dream11 prediction, probable FAL vs HAW playing 11 and FAL vs HAW Dream11 team.

This will be the second match of the day for Falco who have started their campaign unbeaten. Before today's matches, Falco comfortably overcame the challenges put forward by the Punjab Warriors and the Badalona Shaheen respectively. They defeated the Warriors by 21 runs, while in the second match versus the Shaheen they performed better than the first match to come out winners by 34 runs. They will look to carry on the winning momentum in the two matches on Thursday and continue to remain unbeaten.

The Hawks, on the other hand, have had a disappointing start to their campaign after losing both their matches. They were beaten in their opening match by the Badalona Shaheen by 7 wickets and in the second match, they lost to the Punjab Warriors by 5 wickets. This time around they will look to put up a better performance, but the task only gets tougher as beating their opponents will not be easy. 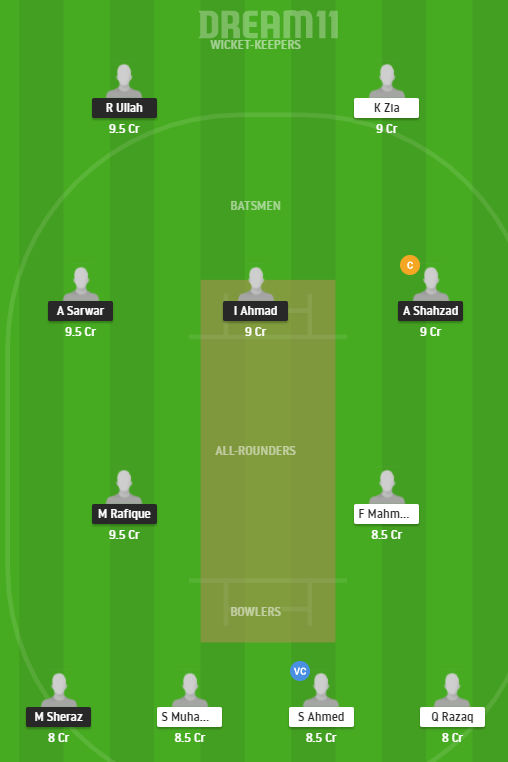 As per our prediction, FAL will come out on top in this contest.