Going Down The Memory Lane: Here Are The 5 Best World Cup Moments Of This Decade

The Cricket World Cup has given a lot of memorable moments in the last four decades. While it was the Aussie dominance in the 2000s, their era ended in 2010s when India lifted the World Cup on home soil in 2011.

The Cricket World Cup has given a lot of memorable moments in the last four decades. While it was the Aussie dominance in the 2000s, their era ended in 2010s when India lifted the World Cup on home soil in 2011. However, Australia re-established their supremacy in World Cricket once again when they lifted the coveted trophy in their backyard. Before the last World Cup of this decade kicks off on May 30, let's take a look at some of the best moments of this decade's world cups. 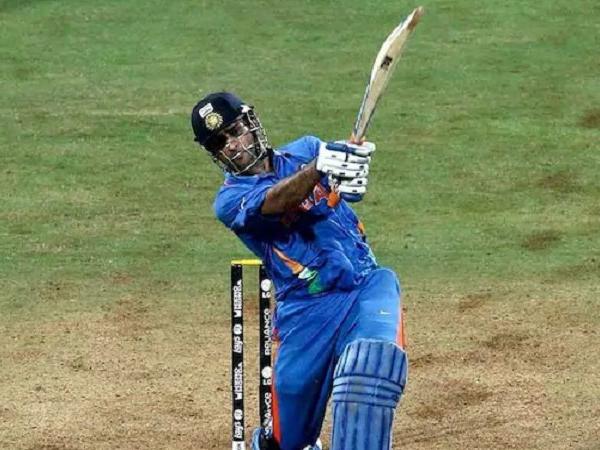 Dhoni, who was captaining India in that World Cup, did not have a good tournament with the bat. However, he saved his best for the final. Dhoni surprised the viewers when he came out to bat ahead of an in-form Yuvraj Singh after India were 114-3.  He started on a cautious note by rebuilding India's innings along with Gautam Gambhir, after young Virat Kohli's departure. Soon, the 'Captain Cool' took the attack to the Sri Lankan bowlers and smashed them to all parts of the Wankhede Stadium. Mahi added 109 runs with Gautam Gambhir before the latter was castled by Thisara Perera for a splendid 97. By the time Yuvraj came out to bat when India's scorecard read 223/4, MSD was well-set and India were 54 runs short of the target.

There was no looking back from there on as Dhoni continued the onslaught on the Lankan bowlers including Lasith Malinga who had removed Virender Sehwag and Sachin Tendulkar in his first spell. Then the moment came when Dhoni decided to make a statement. With just 4 runs needed off 11 balls, the skipper could have finished it by taking singles, but this was Mahendra Singh Dhoni who has always surprised everyone with his smart cricketing brains. Nuwan Kulasekara bowled a slower delivery as Dhoni lofted him into the stands and the fans erupted in joy.

"Dhoni finishes off in style. It's a magnificent strike into the crowd. India lift the World Cup after 28 years. The party has started in the dressing room and it's an Indian captain, who has been absolutely magnificent on the night of the finals," said Ravi Shastri from the commentary box. 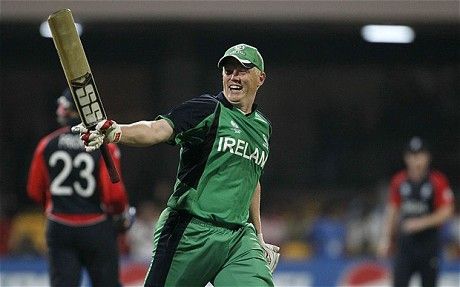 England made a huge score of 327/8 in their 50 overs against Ireland. The Englishmen then had Ireland on the mat at 106/4 when O'Brien walked out to bat. He smashed the English bowlers to all parts of the ground. The Irish batsman then brought up his 100 in just 50 deliveries. He was also involved in a 162-run stand with Alex Cusack. Even though he departed after scoring a 63-ball 113, his hard work bore dividends as Ireland reached the target in the final over.

3. When DRS became Sachin's fan in the 2011 World Cup semifinal against Pakistan: Arch-rivals India and Pakistan locked horns in the 2011 World Cup semifinal. India won the toss and elected to bat first. They got off to a brisk start, thanks to Virender Sehwag's exploits. After his dismissal, India's scoring rate came down. However, Indian fans got a big scare when Sachin Tendulkar was trapped in front of the wicket by Saeed Ajmal. The umpire raised his finger, but Tendulkar decided to take the DRS. Replays suggested that he was plumb in front of the wicket as the ball had pitched on the middle stump. However, the Hawk-Eye suggested that the ball would have gone on to miss leg stump. Sachin got a lifeline. He went on to score 85 which was not among his best knocks by any means as he was dropped four times. The Master Blaster's vital knock and some late finishing touches from Suresh Raina powered India to 260/9 in their 50 overs.

In reply, Pakistan got off to a flying start. The Indian bowlers then brought India back in the game with some exceptional bowling performances. Misbah-ul-Haq scored a half-century but it was not enough as India went on to win the contest by 29 runs to set up a summit clash against Sri Lanka.

4. When Shikhar Dhawan roared against South Africa in the 2015 World Cup: India faced mighty South Africa in their second group game of the ICC Cricket World Cup 2015 at the Melbourne Cricket Ground. India won the toss and decided to bat first. They suffered an early setback when Rohit Sharma departed without troubling the scorers. However, his opening partner Shikhar Dhawan had other ideas as he toyed with the South African bowling lineup which included the likes of Dale Steyn and Morne Morkel. Gabbar smashed 137 off 146 balls and took India to a good total of 307/7 in their 50 overs. It proved to be enough as the Proteas were bundled out for just 177 as India registered a comprehensive 130-run win. What made this victory even special was that it was India's first World Cup win against South Africa. 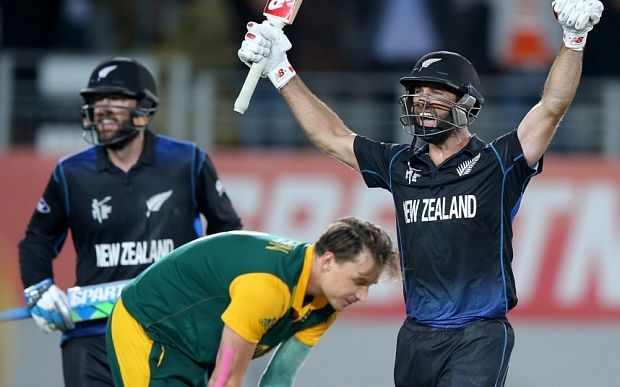 Chasing a revised target of 298 in 43 overs in a rain-curtailed semifinal at Auckland against South Africa, New Zealand got off to a brisk start riding on a quickfire half-century from skipper Brendon McCullum. However, post his dismissal, the momentum tilted in both the teams' favour and it appeared that the match would go right down the wire. The Black Caps then saw all-rounder Grant Elliott play the innings of his life. New Zealand still needed five to win with two balls left when Elliott settled the issue with a remarkable six over mid-on off fast bowler Dale Steyn. It was the final shot in his match-winning innings of 84 not out that saw New Zealand's men storm into their first World Cup final.

While there were celebrations in the Kiwi dugout, there were heartbreaks in the Proteas dugout as star fast bowler Morne Morkel and skipper AB de Villiers could not control their emotions and broke down on the field.

READ: Ahead of World Cup 2019, Here are 5 of the greatest World Cup moments from the 90s