Australian players, support staff, commentators, who were involved in the conduct of IPL 2021 reached home via a BCCI charter flight from the Maldives. 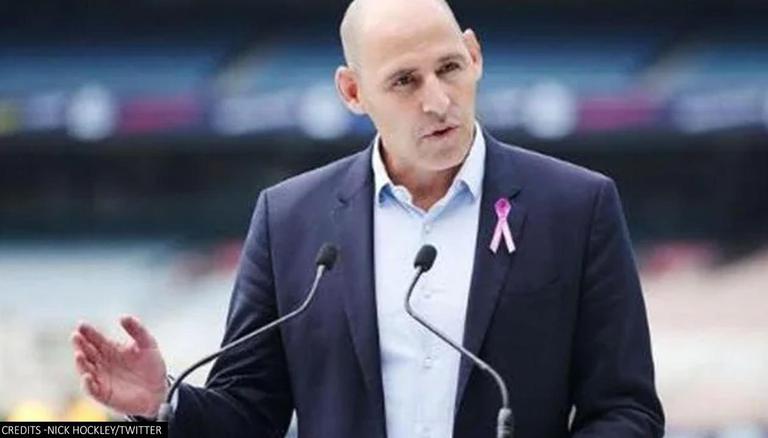 
Cricket Australia's interim CEO Nick Hockley thanked the Board of Control for Cricket in India (BCCI) for ensuring the quick and safe return of Australian players back home post the suspension of the IPL 2021. Australian players, support staff, commentators, who were involved in the conduct of IPL 2021 reached home on Sunday via a BCCI charter flight from the Maldives. The contingent includes top players such as David Warner, Pat Cummins, Steve Smith, Glenn Maxwell, and CSK batting coach Michael Hussey.

"We're delighted. We're really grateful to the BCCI for getting them home quickly and safely. I haven't spoken to them since they've landed, but obviously we've been in text exchange and I'm sure they'll be very relieved and very appreciative to be home," Sydney Morning Herald quoted Hockley as saying.

Talking about the Australian cricket team's future plans, Hockley said that he was looking forward to Australia's upcoming limited-overs series against West Indies. "We plan each tour as we go. We've got a bit of time now before West Indies. International cricket will need to support each other, we've seen last summer, with India coming here, what a great series that was, and we're committed to supporting other cricketing nations around the world," said Hockley.

READ | IPL 2021: Top 5 reasons why Sri Lanka is a better venue to host IPL than UAE or England

After the postponement of IPL 2021 amid the Coronavirus situation in India, Australian players were asked to fly to Maldives with the Scott Morrison government imposing a ban on all flights from India to Australia till May 15. Australian players, coaches, match officials, and commentators quarantined in Maldives for nearly two weeks after Cricket Australia and the ACA decided that they will not be seeking an exemption for the IPL players from the Australian government.

READ | IPL: Australians all set to fly back home in BCCI plane, Mike Hussey to return via Doha
READ | Warner, Maxwell & rest of Australian crew arrive in Sydney 12 days after IPL suspension
First Published: 17th May, 2021 14:00 IST
SUBSCRIBE TO US

WE RECOMMEND
WV Raman thanks BCCI Secretary Jay Shah amid controversy surrounding his removal as coach
IPL: Australians all set to fly back home in BCCI plane, Mike Hussey to return via Doha
Former cricketer & BCCI referee Rajendrasinh Jadeja dies of COVID-19 complications at 66
IPL 2021: BCCI, Cricket Australia set to confront each other if IPL is hosted post T20 WC
Lisa Sthalekar 'disappointed' with BCCI for not checking on bereaved Veda Krishnamurthy