Referring to Coroanvius as the 'Chinese Virus', Harsha Bhogle said that there was no option but for the bio-bubbles to get more stringent henceforth. 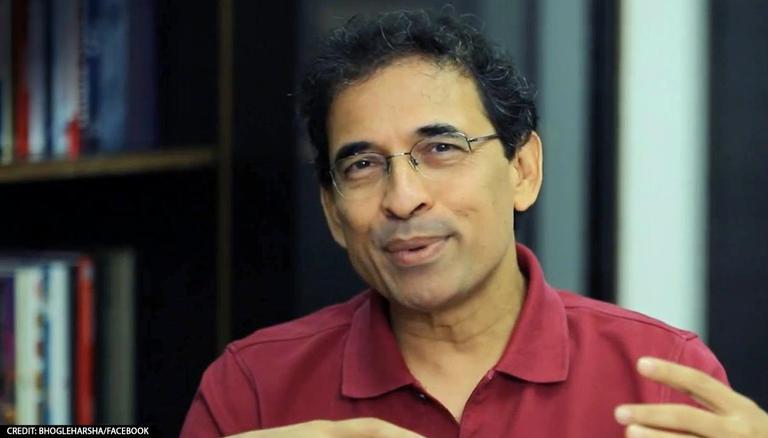 
Veteran commentator Harsha Bhogle on Tuesday reacted to the outbreak of COVID-19 in the England cricket team weighing in on the future of the bio-bubble environment. Referring to Coronavirus as the 'Chinese Virus', Harsha Bhogle said that there was no option but for the bio-bubbles to get more stringent henceforth.

When several netizens pointed out to his choice of calling Coronavirus as 'the Chinese virus', Harsha Bhogle did not mince his words and said that since variants were being commonly labelled as South African, Brazil and Indian, it was only natural to refer to something by its country of origin.

It doesn't look like it is going anywhere. The Chinese virus has now infiltrated the England cricket team. The bubbles will get more stringent. I guess there is no other option

I noticed the use of the South African variant, the Brazil variant and the Indian variant. I guess it is the norm to refer to something by the country of origin. https://t.co/GHb4bbmaBX

After Harsha Bhogle used 'Chinese virus' in his tweet, netizens lauded the Indian commentator's stand, crediting him for calling a spade a spade, when others were trying to take a safer and more diplomatic route on the origins of the Coronavirus.

Correct description of the virus ✅😂

Absolutely sir. I guess no one will Describe delta variant as B.1.617.2 everyone will say it was an Indian variant.

People need to rule this being a nationalist sentiment out here.

It's not racist until it's against a particular race. You nailed it sir. 👍👍

Wow, Harsha is not being diplomatic here. Calling spade a spade should be the norm in cricket commentary as well.

The England Cricket Board (ECB) on Tuesday confirmed that seven members of their Men's ODI team have tested positive for COVID-19. The ECB, in a press release, stated that three players and four members of the support staff have returned positive COVID results following RT-PCR tests on Monday. The English cricketing body said all those impacted by the development have been asked to self-isolate keeping in mind the health and safety protocols imposed by the UK government. In addition to the seven members who have tested positive, others have been asked to self-isolate because they were in close contact. The ECB further confirmed that the upcoming ODI and T20I series against Pakistan will go ahead as scheduled with Ben Stokes leading the England side in absence of regular skipper Eoin Morgan.

The Royal London ODIs and the Vitality IT20s against Pakistan will go ahead. Ben Stokes will return to England duties and captain the squad – which will be named in the next few hours. pic.twitter.com/LH3mBm8wOz

WE RECOMMEND
"The thing I desperately want from Narendra Modi 2.0...": Harsha Bhogle has one request for PM Modi which he says will lead to India's next great revolution
Anand Mahindra calls Chinese stooge's jibe biggest 'rallying cry for India Inc'; hits back
Harsha Bhogle pulls out of ICC WTC Final commentary team; tweets reason for his decision
Harsha Bhogle's comment on Euro 2020 opener between England and Croatia steals the show
Harsha Bhogle to Indian football team captain Sunil Chhetri: You are a gem