Hasan Ali has seemed to have lost his rhythm with the ball. He failed to deliver for Pakistan in World Cup 2019 and then could not feature for the national side due to injuries. Recently, when the Pakistan Cricket Board (PCB) had announced their central contract for the year 2020-21, Ali was not a part of it.

The young pace could not control his emotions after knowing about his central contract snub as he came forward and made fun of the national cricket board. The tweet was later deleted by the Pakistani cricketer. Hasan went on to post a picture of his trademark celebration and then mentioned that the celebration was not just for bowling. 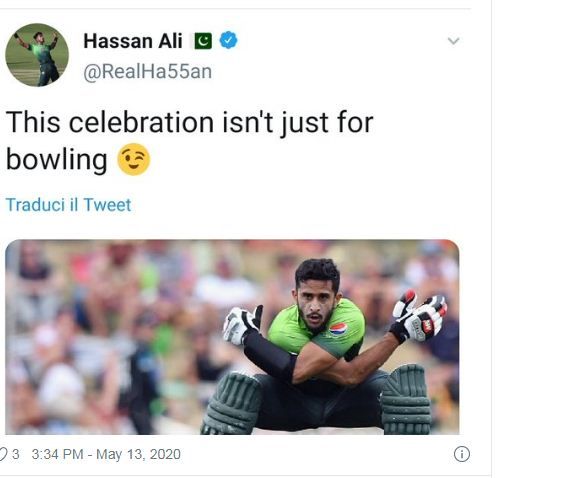 Apart from Hasan Ali, senior pacers Mohammad Amir and Wahab Riaz have also snubbed from PCB's central contract list. Amir had announced his retirement from Test cricket in July last year at the age of 27 as he wanted to focus more on white-ball cricket while Riaz has taken an indefinite break from the longest format.

Tearaway fast bowler Naseem Shah was awarded a PCB central contract, while Abid Ali, Mohammad Rizwan, Shan Masood, and Shaheen Afridi also received promotions for the stellar showing over the past few months. Shaheen Afridi was awarded a Category A contract along with both captains Azhar Ali and Babar Azam after he finished as Pakistan's leading wicket-taker in Tests last season.  The contract list also included the newly-constituted Emerging players' list which had Haider Ali, Haris Rauf, and Mohammad Hasnain.