'I Don’t Feel Bad If...': Dhawan On Being Replaced By Rahul As Captain For Zimbabwe ODIs

Shikhar Dhawan said that since KL Rahul was the vice-captain in main team, and was going to Asia Cup and if Rohit got injured, it's better he gets to practise. 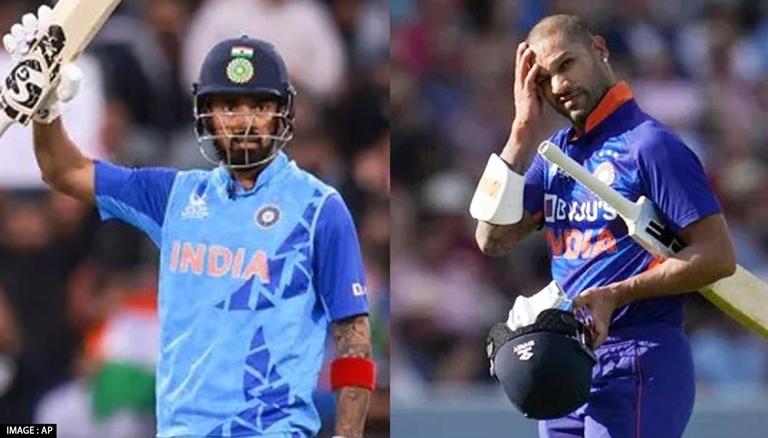 
After winning the recently concluded three-match T20I series, Team India is set to face New Zealand in the three-match ODI series under Shikhar Dhawan's leadership. Having lost his place in the T20I side, Dhawan has been doing well for himself in the ODI format. Speaking of Shikhar Dhawan's ODI career the left-hander had a solid career, scoring 6672 runs in 161 ODI. He was handed the reigns of the team in absence of the senior player and he managed to win the ODI series in West Indies and South Africa. However, during India's tour of Zimbabwe saw Dhawan dropped from the captaincy to accommodate KL Rahul. Ahead of the India vs New Zealand 1st ODI, the opener revealed his feelings about losing the captaincy and why Rahul was given the reign.

Before the Asia Cup, Team India travelled to Zimbabwe for a three-match India vs Zimbabwe ODI series. Shikhar Dhawan was originally named the skipper for the series, but Rahul was given the chance to lead the team once he was medically cleared for the series. While such last-minute decisions could be demotivating for any player Dhawan chose not to get into the matter too much.

Speaking to the press ahead of 1st ODI, Dhawan said, “I wasn’t hurt. Because whatever happens, happens for the good. I got to captain the series against South Africa. That too happened because of the selectors. I don’t feel bad if some things don’t go my way. That’s how I think.”

He added, “I consider myself very fortunate that I am getting captaincy at this juncture of my career. It feels good to grab this challenge. We have won quite a few good series with a young team. With KL, since he is vice-captain in the main team, and since he was going to Asia Cup and if Rohit got injured, it's better he gets to practise for it in Zimbabwe. That was the right thing to do.”

The three-match ODI series is a perfect opportunity for both India and New Zealand to start their preparation for the upcoming ODI World Cup next year. Having missed the final match of the T20I series, Kane Williamson will be back to the format which would allow him to spend time in the middle and also get his form back. Williamson will have Tom Latham for the company in the middle order, while Matt Henry, will bolster the pace attack.

India on the other hand, is missing some of the experienced players on this tour. Despite the absence of some of the senior players, there is no shortage of talent in the squad. Dhawan and Shubman Gill have been a formidable pair and will look to continue their form in the three-match series. With Hardik Pandya rested for the ODI series, Deepak Hooda might be used as a sixth bowling option. In form of Washington Sundar, Deepak Chahar and Shardul Thakur, India have plenty of batting depth which could come in handy in the final overs of the innings.