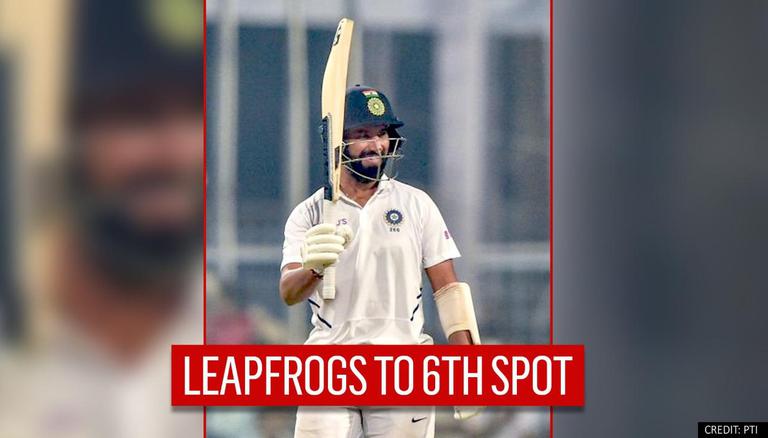 With 760 rating points, Pujara occupies the sixth spot. Babar Azam on the other hand has dropped down to the seventh position with 755 points. Ajinkya Rahane is at the eighth spot with 748 points. New Zealand middle-order batsman Henry Nicholls (747), and, Ben Stokes (744) complete the rankings by occupying the ninth and 10th positions respectively.

English Test skipper Joe grabs the fifth position with 823 points. However, Indian skipper Virat Kohli (862) has now come down to number four whereas, Australian batting sensation Marnus Labuschagne (878) has moved up to number three riding on his impressive performances in the recently-concluded four-match home Test series against India.

The Gujarat cricketer made the Australian bowlers toil hard for his wicket on Day 5 of the historic series-decider at the Gabba, Brisbane last week even though they were resorting to bodyline bowling tactics. He stood tall by braving constant bouncer barrage and played an impactful knock of 56 runs from 211 deliveries.

Even though he was trapped plumb in front of the wicket by Pat Cummins, the Rajkot batsman ensured that he had done his job and made sure that India did not concede the game from the position they were in at that point in time.

Youngster Rishabh Pant then anchored the Indian chase with an unbeaten 89 as the Men In Blue successfully chased down 328 to retain the Border-Gavaskar Trophy by a 2-1 margin and also register successive Test series triumphs on Australian soil.