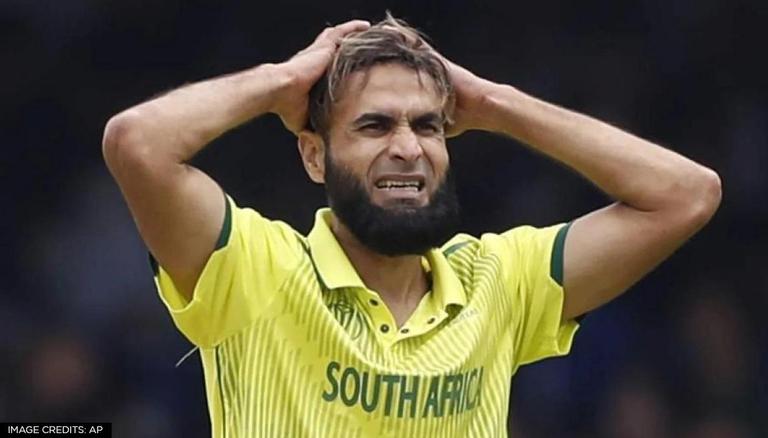 
Cricket South Africa (CSA) on Thursday announced an 18-member squad, including travelling reserves, for the upcoming T20 World Cup in the United Arab Emirates (UAE). However, CSA did not include its veteran T20 players- Faf du Plessis, Imran Tahir, and Chris Morris. Now, speaking to IOL, Imran Tahir has expressed his disappointment after CSA did not include him in South Africa's T20 World Cup squad.

Expressing his disappointment on not being picked in South Africa's T20 World Cup squad, Tahir said, "I am not feeling great that I am not in the squad. Last year Graeme Smith spoke to me and said I want you to play in the World Cup, which was in Australia. I said obviously I am available and excited and honoured because you give me respect. I am ready."

"I am working hard and can you see my performances in all these leagues. He said that's why he wants me. He also said he was going to speak to a few other guys like AB de Villiers and Faf du Plessis. They put me on the Proteas group and everything, but then nobody contacted me," added Imran Tahir.

"After a few months, I texted Smith and Boucher and nobody replied to me. Since Boucher has become coach he has not contacted me once to tell me what his plans are. It's really sad man. I served the country for 10 years, I think I deserve a little more respect than these guys thinking I'm worthless," Tahir further stated.

The veteran leg-spinner last played an international T20 for South Africa in March 2019, however, he has been actively playing T20 leagues around the world.

Earlier, former South African skipper and current CSA Director Graeme Smith revealed the reason behind not picking up Faf du Plessis for South Africa's World Cup squad. As per The South African, Smith described Faf du Plessis as a "free agent" and said it was not possible to reach an agreement with the 37-year-old, who is no longer contracted with Cricket South Africa. Smith said that while dealing with free agents such as Du Plessis, one needed to find a balance that works for both the parties - the player and the board. Smith added that with Du Plessis, CSA struggled to find that balance, and hence he was not included in the squad.