ICC on Tuesday confirmed that the Champions Trophy has officially returned. It will be hosted by Pakistan in 2025 and India in 2029. Check full schedule here. 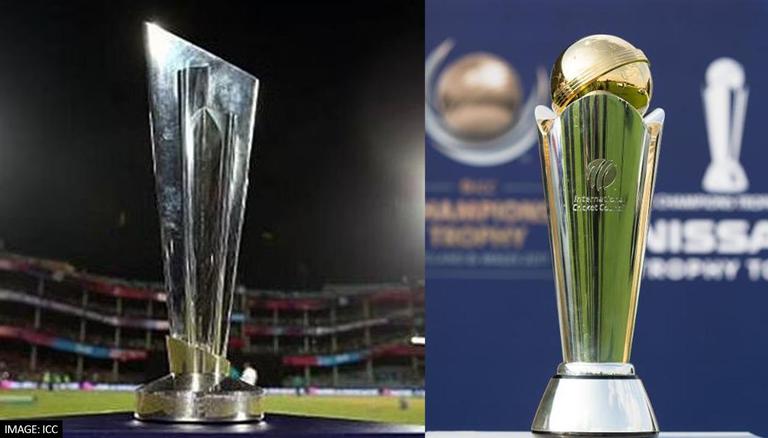 
In a massive boost for men's white-ball cricket, the International Cricket Council (ICC) has announced eight new tournaments of which three will be hosted by India. Taking to the microblogging site, ICC confirmed that the Champions Trophy has officially returned. It will be hosted by Pakistan in 2025 and India in 2029.

The ICC Champions Trophy is an ODI cricket tournament. It was cancelled post-2013 edition, only to be restored following its success. However, after the 2017 edition, it was cancelled against the next year after which the cricket's governing body decided to replace the tournament with the World T20 championship held every two years. However, it was once again restored in 2021 with the upcoming edition slated to be held in Pakistan in 2025.

READ | Who is Janette Brittin? All about ex-England batter inducted in ICC's Hall of Fame

Are you ready for the best-ever decade of men’s white-ball cricket?

WE RECOMMEND
BCCI welcomes Rahul Dravid, Rohit Sharma ahead of 1st T20I game against New Zealand
India vs New Zealand: Tim Southee hopes teams won't have to play in bubbles for too long
Why Ravi Shastri passionately says BCCI is 'the best sporting organisation in India'
Listen to the latest songs, only on JioSaavn.com