India Vs New Zealand: R Ashwin Claims He Is 'shutting Outside Noise Better Than Ever' 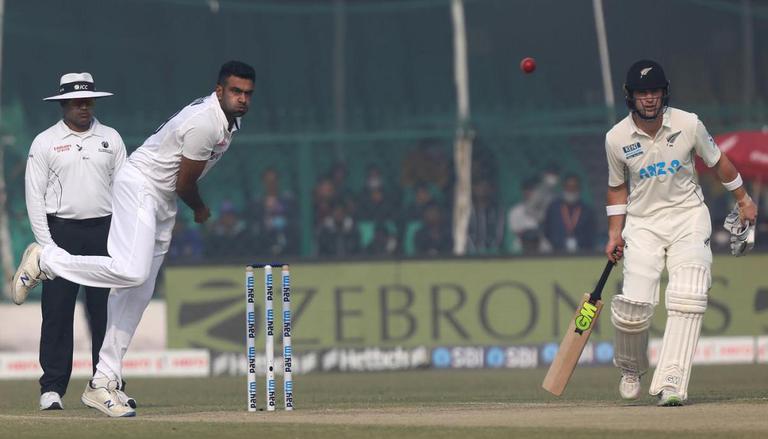 
As India are currently playing in the fourth day of their Test match against New Zealand at Kanpur's Green Park Stadium, Indian spinner Ravichandran Ashwin seems to be back to his previous best. India had initially set a target of 345 and then they managed to bowl out New Zealand for 296 as Ashwin took three wickets, including opener Will Young who was caught out just 11 runs short of a century. After New Zealand's first innings, Ashwin said that the team stuck together really well as a bowling unit as everyone in the team played their roles well.

"Look, I thought we stuck together really well as a bowling unit. 130-140 overs on that sort of pitch and going less than 2.5 runs per over, it was always going to be hard work and we were prepared for that. Everyone played their role perfectly," Ashwin was quoted as saying on Star Sports.

He then added that he felt the new ball was an easier time to bat in terms of scoring runs but they got wickets with the second new ball. He then said that he has lived through expectations for a while now, that the purpose of his life is cricket, and that he is now at a stage where he is shutting the 'outside noise better' than he has done before.

READ | IND vs NZ: R Ashwin leaves behind Pakistan pacers in race for most Test wickets in 2021

Ashwin said: "I felt the new ball was an easier time to bat in terms of scoring runs but we got wickets with the second new ball. I thought it was a wonderful effort. Sometimes it is easier said than done. I cannot be saying cliched things. I have lived through expectations for a while now, for me, cricket is the purpose of my life. I am at that stage where I am shutting the outside noise better than I have ever done."

Ashwin has been superb so far in the ongoing matches against New Zealand starting with the first T20I match when he took two wickets in his four-over spell. In the second T20I, he took one wicket but managed to keep his economy at 4.75. He was then rested for the third T20I after he went on to take three wickets in New Zealand's first innings of the ongoing Test match.

WE RECOMMEND
Former India head coach Ravi Shastri announces his next move; 'launching Shaz Version 3.0'
India A vs South Africa A: First unofficial Test ends in draw after washout on Day 4
IPL 2022: Ravichandran Ashwin reveals he is unlikely to be retained by Delhi Capitals
India vs Brazil: Manisha Kalyan's goal vs World No. 7 termed 'historic' by fans; WATCH
India vs New Zealand 1st Test, Day 4 Live Stream: How to watch IND vs NZ in India, UK, UAE
Listen to the latest songs, only on JioSaavn.com