The Sourav Ganguly-led BCCI had last month announced that they have decided to conduct the remainder of the IPL 2021 in the UAE in September-October. 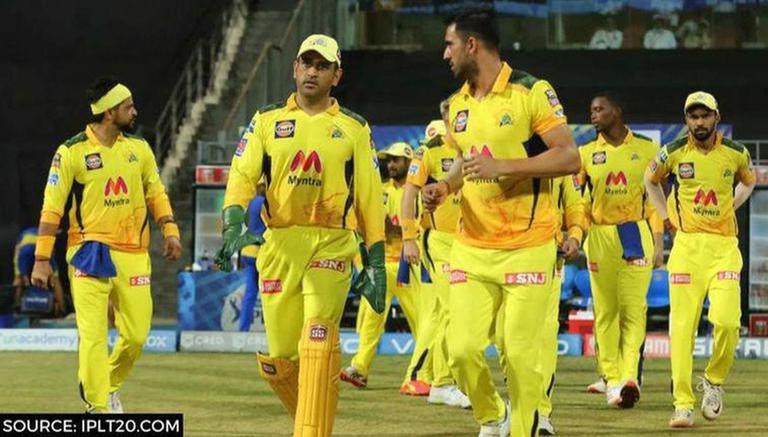 Last month, the BCCI had announced that they have decided to conduct the remainder of the IPL 2021 in the UAE in September-October. Recently, BCCI President Sourav Ganguly and Vice-President Rajeev Shulka had informally said that the IPL 2021 will be played from September 19 to October 15, however, the board is yet to announce the same officially. While the BCCI has decided to move the IPL 2021 to the UAE, the extension of the flight ban in the desert country is causing problems for Chennai Super Kings and other franchises.

IPL news: CSK CEO reveals how flight ban in UAE has created problems for them

The extension of the flight ban means that franchises cannot travel to the UAE till July 1. Furthermore, they cannot get their logistics in place due to a lack of clarity on the IPL 2021 dates. Moreover, with events like Dubai EXPO 2020 and the T20 World Cup 2021 scheduled to take place in the country in the month of October, franchisees are worried about the hike in rates of several aspects.

While speaking to InsideSport, CSK team 2021 CEO Kasi Viswanathan said that the flight ban has created issues in planning logistics for the tournament with just over two months left for IPL 2021 Phase 2. He added that finding hotels won’t be a problem but the flight ban is definitely a problem as it delays their plans, leaving them in uncertainty. Viswanathan further said that as far as the hotel is concerned, they are already in talks so that should not be a problem, however they may have to pay up extra for accomodation due to high demand during that time. He opined that whenever the BCCI confirms the dates, they will finalise the bookings.

Another obstacle the BCCI and franchises could face is to vaccinate all the IPL 2021-related personnel. As many as 700-800 people including players, their families, match officials, coaching staff, franchise officials and BCCI officials are present in the IPL. While Team India's players have been vaccinated, a number of domestic players are yet to get vaccinated. Providing vaccination to everyone amidst such a shortage will be a massive problem for the Sourav Ganguly-led board.

MS Dhoni's men had a dismal IPL 2020 campaign as they finished at the penultimate position in the points table, thus failing to qualify for the playoffs for the first time in their history. Much was expected from the Yellow Army coming into IPL 2021 as they had plugged the holes in their squad at the auction and also their batting mainstay Suresh Raina was returning to the fold after skipping IPL 2020 due to personal reasons.

Chennai had a dream start to their IPL 2021 campaign as they won five out of the seven games they played. The Men in Yellow dominated the opponents in almost all their wins. Their two defeats came against Delhi Capitals and Mumbai Indians. At the time of the IPL suspension, CSK were placed second in the IPL 2021 points table behind Delhi with 10 points to their name. It will be interesting to see if CSK maintain their form post the IPL 2021 postponed scenario, once the tournament resumes.