The Chennai Super Kings (CSK) players are out of quarantine and have begun preparations for the second leg of the IPL 2021 at the ICC academy in the UAE. 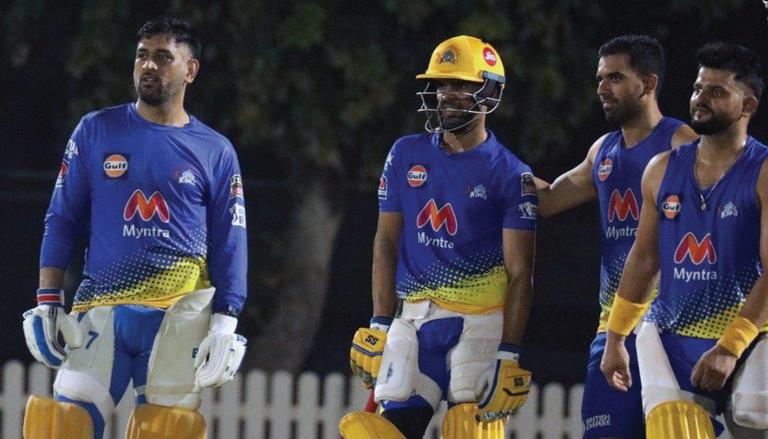 
The Chennai Super Kings (CSK) players are out of quarantine and have begun preparations for the second leg of the IPL 2021 at the ICC academy in the UAE. CSK players including skipper MS Dhoni arrived in the UAE on August 13 and have since been in isolation at their hotel in Dubai. The players came out of quarantine on August 19, following which they began their practice session at the ICC academy. The official Twitter handle of CSK shared a couple of pictures on Friday morning, showing players at the practice session in Dubai.

Apart from MS Dhoni, other Indian players who are not on national or state duty have joined the camp in the UAE. Suresh Raina, Robin Uthappa, Deepak Chahar, and Ruturaj Gaikwad are among the players who arrived in the UAE a month before the start of the second leg of the IPL 2021 in order to gain match experience. They are also likely to benefit from the one-month-long practice, which will help them acclimatise to the conditions in the Middle-Eastern country.

Earlier, Mumbai Indians players arrived in the UAE to start preparations for the second phase of the IPL 2021. Indian uncapped and domestic players are among those who have joined the Mumbai Indian camp in the UAE. Delhi Capitals team has also started preparations in the UAE ahead of the much-anticipated leg of the competition. The rest of the Indian foreign players, who are busy playing international and franchise cricket at the moment, are expected to join the camps in the UAE in mid-September.

The remaining matches of the IPL 2021 were moved to the UAE after multiple players returned COVID-19 positive during the first leg of the tournament in India early in May. The second phase will start with a blockbuster clash between Mumbai Indians and Chennai Super Kings. The playoffs will begin on October 10 with Qualifier 1 taking place in Dubai, the Eliminator and Qualifier 2 in Sharjah on October 11 and 13, respectively. A total of 31 matches will be held during the window and the final of the competition will be played on October 15.