IPL 2021: 'Not Many Can Do That On Flat Surfaces,' Dale Steyn Praises CSK Batter

Dale Steyn has praised the CSK opening batter for his brilliant innings during Chennai Super Kings vs Sunrisers Hyderabad match on September 30. 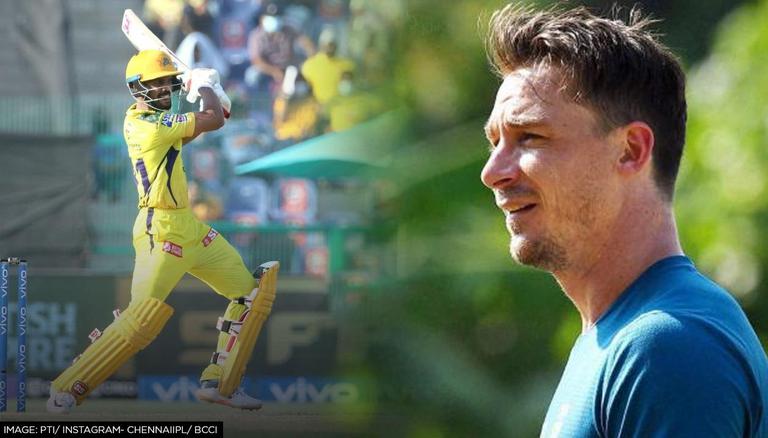 
Former South African speedster Dale Steyn has praised Chennai Super Kings(CSK) opener Ruturaj Gaikwad for his innings of 45 runs off 38 balls against Sunrisers Hyderabad, in match no. 44 of the Indian Premier League (IPL) 2021. Gaikwad’s brave-hearted innings while facing a world-class SRH bowling unit, with bowlers like Rashid Khan, Bhuvneshwar Kumar and Jason Holder set CSK’s chase of 135 runs in 20 overs, set by SRH. Opening the innings with Faf du Plessis, Ruturaj hit 45 individual runs and stitched a partnership of 75 runs of 61 balls for the first wicket.

Gaikwad hit the SRH bowlers for four boundaries and two sixes before being dismissed by Rashid Khan in the 11th over of the match. Meanwhile, Dale Steyn was quite impressed on watching Gaikwad take on Rashid Khan by walking out of the crease and hitting the bowler with absolute confidence. While speaking on ESPN Cricinfo's T20 Time Out, Steyn said, "That's what confidence does for you. When you are feeling confident about your batting, you are batting well, you are able to take to the best in the world on and that’s exactly what he did tonight. He may not have taken him down, like going down the track and created a Chris Gayle kind of history, where you are hitting guys for sixes, left, right, and center, but he was able to take him down on this particular surface. And that’s extremely difficult, not many batters can do that on flat surfaces, let alone this one that they were playing on tonight.” Steyn also added that this shows Gaikwad's confidence and credited Faf du Plessis for communicating with the youngster during their stay on the wicket.

In the IPL 2021, Ruturaj Gaikwad has scored a total of 407 runs in 11 matches so far,  at a strike rate of 134.76 and an average of 40.70. He is the second-highest run-scorer for CSK in the 2021 season, after Faf du Plessis who has hit 435 runs in 11 matches. Gaikwad also finds himself in the fifth position in the list of players with the most runs scored in IPL 2021, behind Shikhar Dhawan, Sanju Samson, Du Plessis, and KL Rahul. Courtesy of Gaikwad’s innings and the effort by the rest of the batting line-up, CSK  became the first team to qualify for the IPL 2021 playoffs, as they won against SRH by 6 wickets on Thursday.

WE RECOMMEND
IPL 2021: 'Dhoni finishes off in style,' fans rejoice as MSD ends game for CSK with a six
IPL 2021, KKR vs PBKS: Who will replace Chris Gayle in Punjab Kings squad?
IPL 2021: 'Used bricks from construction site as wickets,' Pant recalls childhood memories
IPL 2021: Sanjay Manjrekar still has reservations on Ravindra Jadeja's batting abilities
IPL 2021 | 'Not the de Villiers that he is used to seeing': Pietersen on out-of-form ABD
Listen to the latest songs, only on JioSaavn.com