IPL 2021: Virat Kohli Reckons This Indian Spinner Will Be 'a Key Factor In T20 World Cup'

RCB had won the toss and elected to bat first. KKR bowlers wreaked havoc and dismissed RCB for 92 runs. KKR then chased down the target in 10 overs. 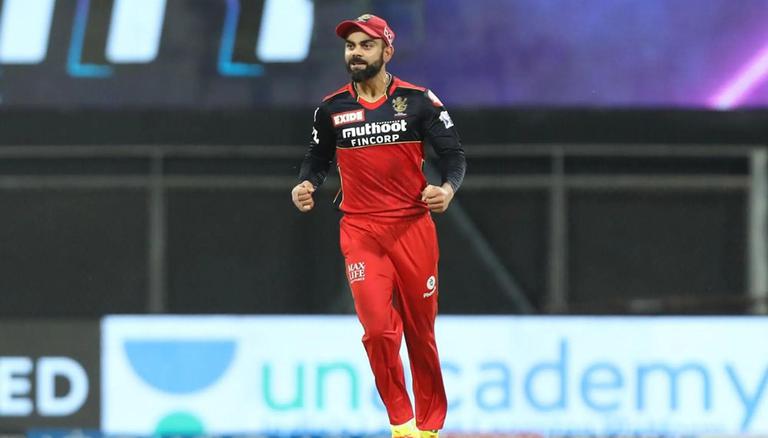 
Virat Kohli, the captain of Royal Challengers Bangalore, praised Kolkata Knight Riders spinner Varun Chakravarthy on Monday after the latter impressed with the ball in the second match of IPL 2021 phase two - KKR vs RCB. Following their decision to bat first, RCB were bowled out for just 92 runs by KKR, with Varun Chakravarthy starring with the ball.

Chakravarthy was instrumental in KKR's resounding victory over RCB, capturing three wickets for 13 runs in four overs. After the game, Kohli lauded Chakravarthy for his outstanding performance and reckoned that the Tamil Nadu spinner would play for India in the near future.

"Pretty good, that’s exactly what I was saying in the dug-out, he will be a key factor when he plays for India. We need to see performances like these from all the youngsters so that the bench strength of Indian cricket stays strong. And, he’s someone who is going to play in the near future for India and it’s a great sign," Kohli said in the post-match conference.

Chakravarthy is a member of the Indian squad for the upcoming T20 World Cup in the United Arab Emirates. Chakravarthy might be included in the India XI for the T20 World Cup as a result of Kohli's words of praise. Chakravarthy was chosen ahead of ace Indian spinners Yuzvendra Chahal and Kuldeep Yadav for the World Cup squad. The off-spinner backed up his World Cup selection with a stronger performance than RCB's Chahal and by becoming the first-choice Indian spinner for KKR despite Kuldeep Yadav's presence in the side.

READ | IPL 2021 PBKS vs RR: List of records that could be broken; KL Rahul, Chris Gayle in focus

While speaking to the press after his match against RCB, Chakravarthy said that he accessed the condition of the pitch first, which turned out to be flat. He said that the pitch wasn't offering any spin, as a result of which he had to keep his deliveries directed at the stumps.

Chakravarthy said that he is always happy to do whatever the coach and the captain ask of him, be it opening the bowling or chipping in at the death. Chakravarthy was adjudged the player of the match for his mind-boggling performance. KKR won the match by 9 wickets, with 60 balls to spare.

Earlier, RCB had won the toss and elected to bat first. KKR bowlers wreaked havoc and dismissed RCB for 92 runs. KKR then chased down the target in just 10 overs, with Shubman Gill and debutant Venkatesh Iyer firing with the bat.

Overall, KKR vs RCB turned out to be a one-sided affair but IPL 2021 looks set to witness many more thrillers in the next few weeks.